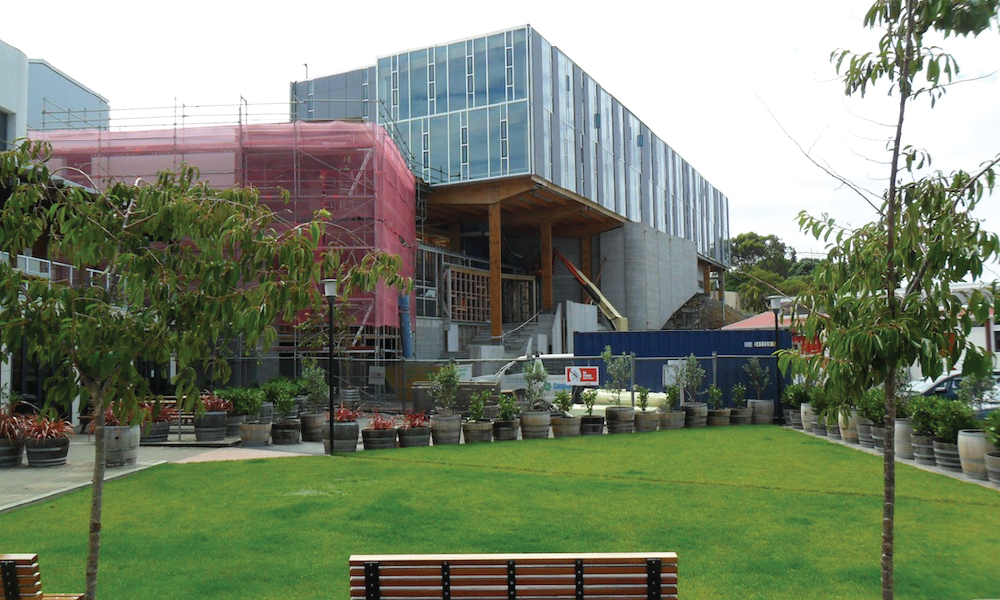 Issues surrounding the weather seals on the newly built marae on Massey’s Wellington campus have stalled the opening of the building once again.

It was announced the Te Kuratini Marae, that sits in the centre of the Wellington campus, would undergo a $1.8 million revamp in 2014 and an opening date was initially set for 2015.

Three years later the marae still sits incomplete and opening dates continue to be pushed out by Massey University staff.

Earlier in the year Massey Communications Director, James Gardiner, said the construction work could possibly be completed by Matariki 2018.

“With the marae very close to completion the opportunity to coincide the opening with upcoming Matariki celebrations, marking the Māori new year and a new era for Massey University is an exciting possibility,” Gardiner told Massive in an email in March.

However, Matariki has been and gone, the work has not been completed and the Marae still sits unused and empty on campus.

Gardiner also confirmed earlier this year that issues with weather seals on the Marae’s western doors had stalled opening dates.

Gardiner said these weather seals had not been fixed and there was no date in sight for such work to be completed.

“Once we do resolve that, we can install the whakairo (art work) and final building finishes, which is estimated to take three months,” says Gardiner.

He says that once this work is underway the university will set an opening date for the Marae.

Constant stalling and a lack of communication around opening dates is leaving students thoroughly unimpressed.

Massey at Wellington Students’ Association Maori Executive, Bryah-Rose Rauhihi, said communication between students and staff regarding the Marae has been shocking.

“I think that the Marae is a very poorly communicated issue within the university, with months of disrupted building, to periods of time with no progress,” said Rauhihi.

She said no one has contacted her about the Marae construction and she hasn’t heard any updates about its completion.

“I think Massey needs to really take charge and get the Marae sorted,” she said.

“I think the way Massey communicates with students as a whole needs to be improved dramatically,” said Pearce.

She said she hadn’t spoken to any Massey staff about the Marae opening and is surprised building of the structure was not organised years ago.

Why the hold up?

2015 – Massey University staff say the Marae will be completed by November, but work is stalled.

2017 – Massive reports that work is still not completed, and the Marae lays unfinished for Orientation Week.

March 2018 – Massey Communications Director James Gardiner says an opening date will be set soon and could coincide with Matariki.

July 2018 – Gardiner says weather seals on the Marae’s western doors need to be fixed and cannot provide a date for completion.