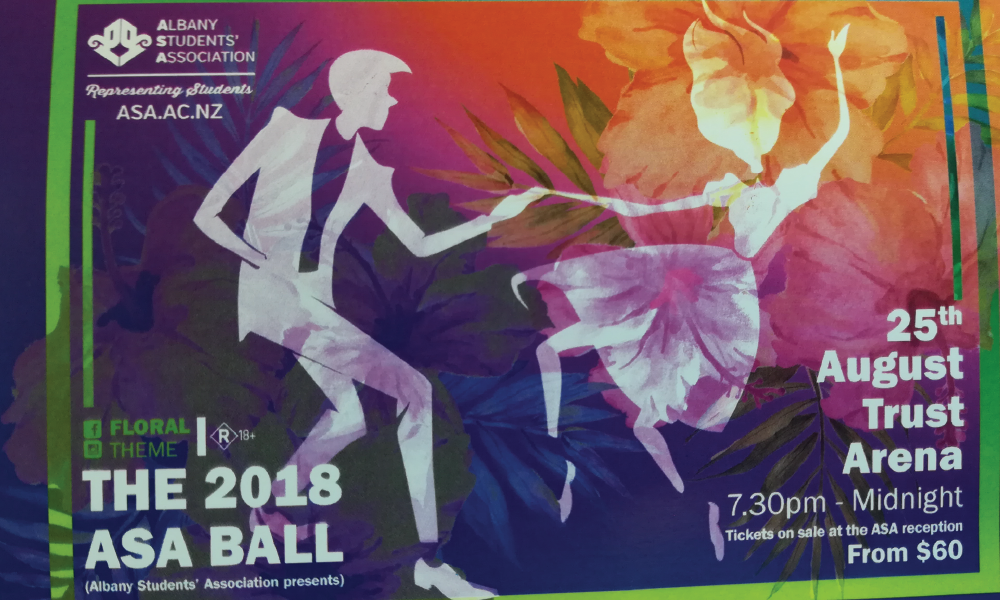 The Albany Students’ Association’s (ASA) annual ball is returning on August 25, and President Jason Woodroofe guarantees it will not disappoint.

The floral-themed event will be held at Trusts Arena, the same venue Fall Out Boy took their Mania Tour last March.

Differing from previous years, the event will also include a buffet dinner beforehand.

There is scepticism among second and third year students about attending the ball, after the last two years left students feeling robbed of their ticket money.

Woodroofe assures this year will be different and says he has taken steps to improve the organisation of the event.

Student involvement in the planning process has been increased by having more than ten pupils separate from the ASA executive on the ball committee.

Involvement has been further broadened by surveying the wider student body, which is how the committee decided on their floral theme.

In light of the last two years, the committee also wants to ensure that students get their money’s worth.

Therefore, the starting price for tickets will be $60, becoming no more expensive than $70 for Massey students.

Even non-Massey students who attend the event will spend less than last year’s ticket price, paying $80.

Last year’s ball had a low turnout and most photos taken were extremely blurry, due to having a non-professional photographer taking the photos.

Most people who attended the event had no snapshots of their night, despite paying $85 for their ticket.

2016’s Ball had spectacular food, a beautiful venue and a DJ who filled the dancefloor.

This was dampened however by an Auckland-wide power outage that cut the evening short by approximately two hours.

While students asked for a partial refund for the lost time, none was provided.

Woodroofe encourages anyone who has more ideas on how to improve this year’s ball to email him at president@asa.ac.nz

Tickets can now be purchased from Student Central.