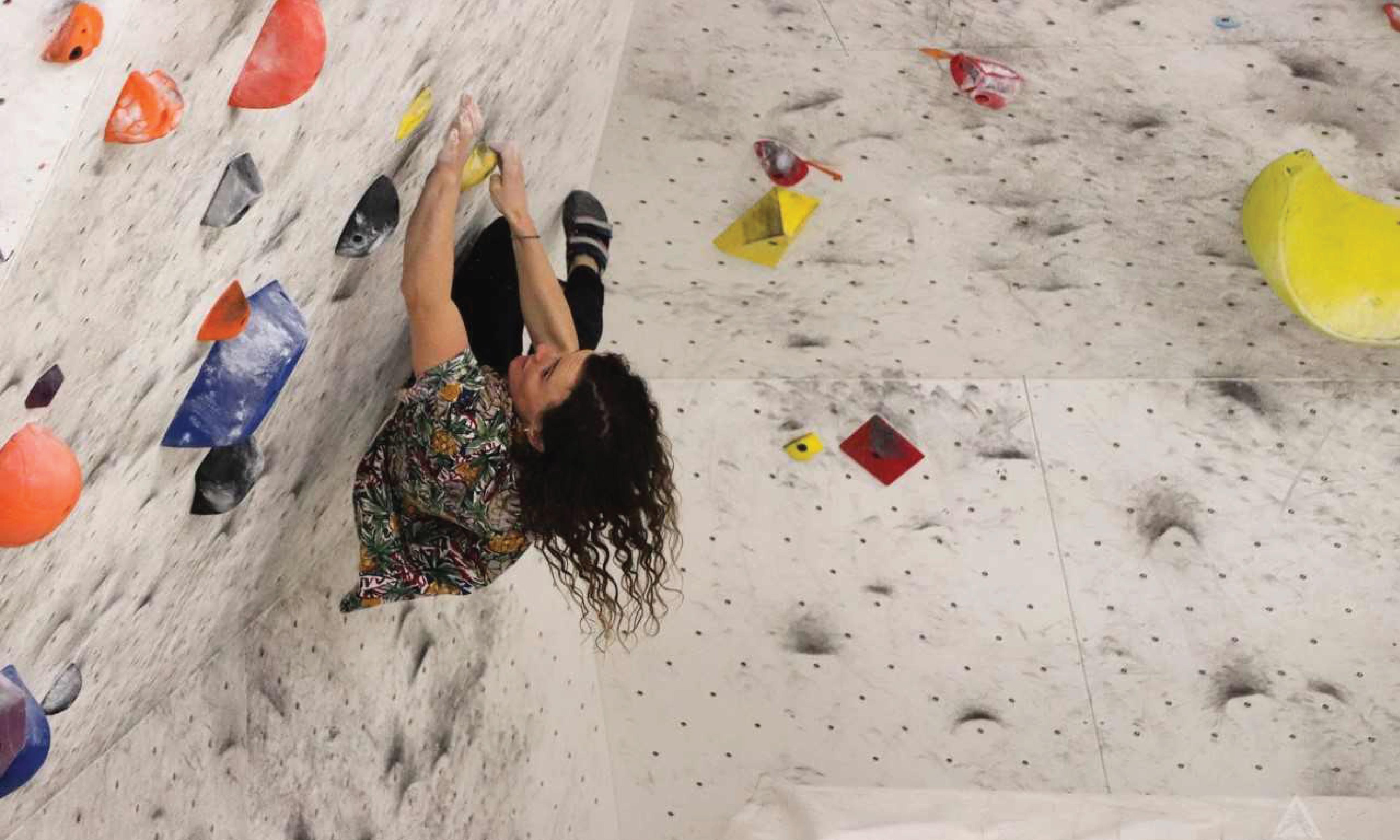 What a power pie can do…

The half-Kiwi, half-American athlete will be defending her title at the National Boulder Series this month in Wellington and is also currently training for the 2020 Olympic tryouts in Tokyo.

Last year, Erica competed on the international stage for the Open World Championships in Austria, where she competed in all three disciplines; speed climbing, bouldering, and lead climbing.

Despite not quite making the podium, she got the results that lifted her climbing status.

When the 21-year-old isn’t climbing or doing multiple pull-ups with just her two index fingers, she has even more of a workload to keep up with.

“If I’m not rock climbing I’m training for climbing or studying,” she said.

Erica trains in her garage and is also in her second year of studying vet science at Massey.

She makes an effort to give back that support to the rest of the community after receiving support from them, her parents and her sponsor, Kailas Gear.

“I’ve done coaching in the past, I’m not anymore just because there isn’t much of a climbing scene down in Palmy,” she said.

“I am also looking at hosting the first ever bouldering festival down at Flock Hill in Canterbury.”

Over the coming summer Erica hopes to potentially do a tour in Mexico.

She also has some goals for the rest of 2019, “I have a difficult climb (a B12) I want to finish, and win some more competitions.”

Rock climbing will be one of the many new sports that have just been introduced to the Olympics.