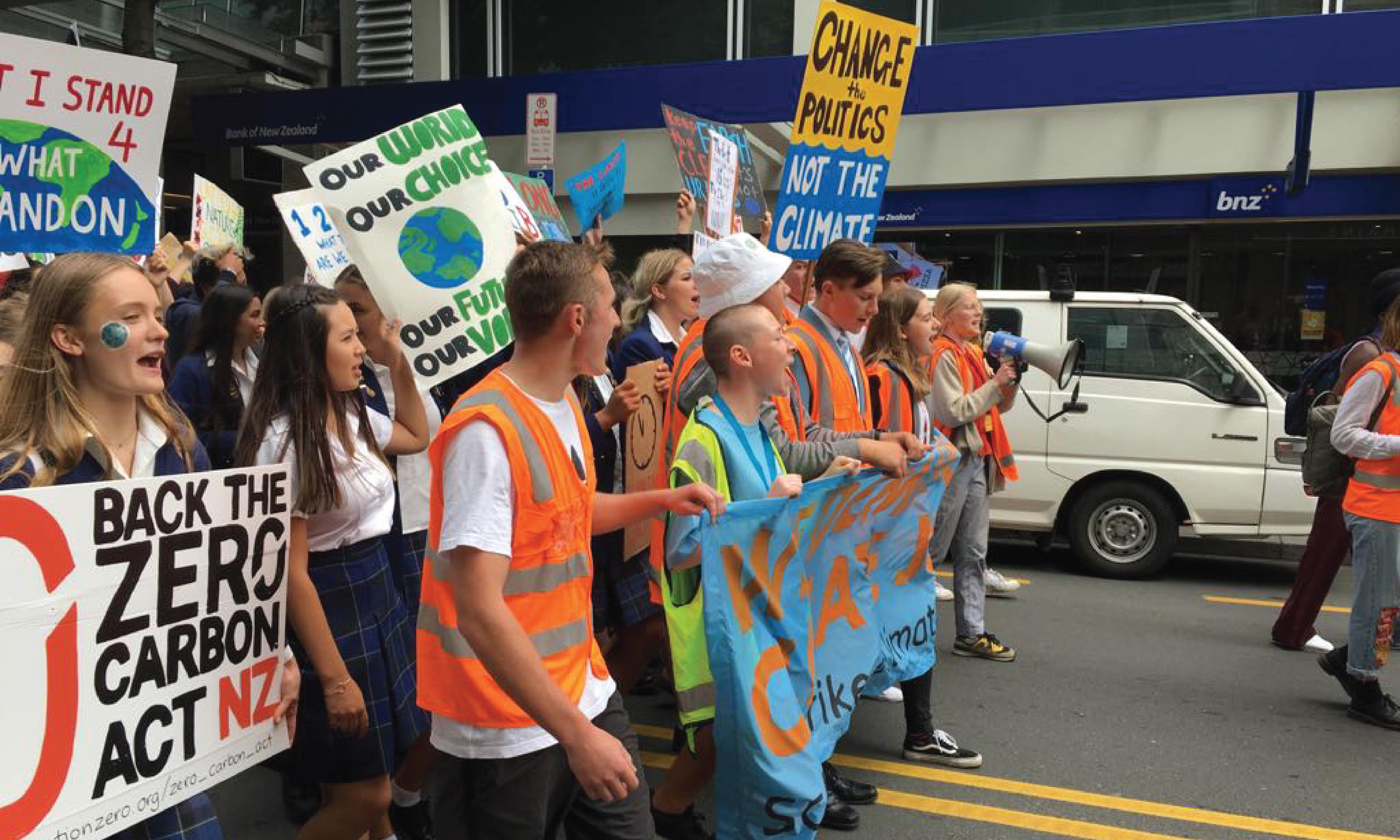 Thousands of supporters gathered in Wellington’s Civic Square for the School Strike 4 Climate on March 15.

The march kicked off at around 10am, with crowds pouring down Lambton Quay chanting and waving banners and signs.

They swarmed into Parliament grounds by 11:30am to hear several speakers outside the Beehive, including 14-year-old Ollie Morphen from Wellington Girls’ College.

Morphen said that young people are as much a part of society as every other age group and their voices should be heard.

“This is obvious, yet we are somehow treated as if our opinions are not as important at times.

“I cannot vote, and for me right now, this is my vote. I am voting for the planet.”

Vic Uni student Raven Maeden, 21, one of the organisers, said that the team had thrown everything they had into the movement for a month leading up to the strike.

“I truly believe that this is the most important thing that I can do with my time right now,” she said.

“[The youth of today] are tasked with the challenge of leading our world through the greatest collective challenge that we have ever faced in human history.”

Some schools are taking a harder line towards striking students, with many of them risking being marked absent on the day.

However, the representatives who spoke insisted that it was well worth missing a day of school to make a point.

“Young people should be able to focus on their education,” said Maeden.

Maeden said that although adults and politicians “cannot agree on much,” they should agree that young people deserve a future that allows them to thrive on a planet they can pass down to their children.

“I will never stop fighting for this issue until we live in a society where young people don’t have to fight for their future.”

MPs Grant Robertson, James Shaw and Nicola Willis then took questions from the steps of Parliament.

When asked what he wanted to tell the government, one of the placard-bearing kids told reporters, “Climate change is bad and this needs to change. Our sea levels are rising and so are we.”

Preparations for this protest have been underway for around a month, as one of the biggest political protests New Zealand has seen in many years.

The strike demands include calls for carbon neutrality, stopping the exploration and extraction of fossil fuels, and investing in renewable
energy sources.

It is part of a global movement for action against climate change, originally sparked by 16-year-old Swedish climate activist Greta Thunberg.

She started the first School Strike 4 Climate in front of Sweden’s parliament buildings on August 2018 and later addressed the United Nations.

Over 1.4 million people globally took part in the strike across 125 countries.