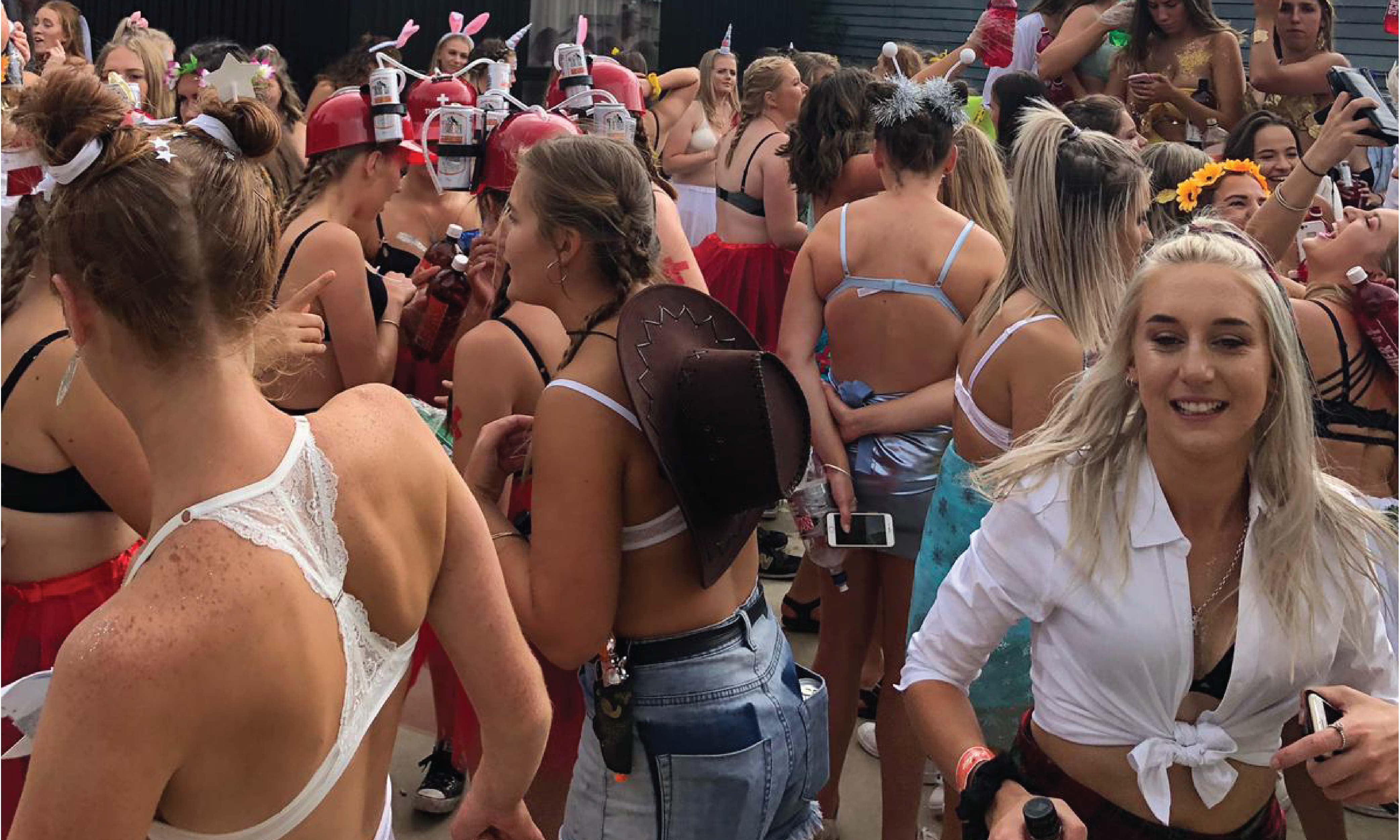 The annual Vagathon and Keg Race went off this year with new hosts, repeated outfits and the police trying to ruin the fun again.

The festivities were threatened by noise control when an officer issued an excessive noise complaint to the Vagathon event early in the day.

“It was probably the best day of his life,” partygoer Ashleigh Keall said

Across the fence, police made an appearance at the male dominated keg race. The hosts of the race had already received noise complaints from a party the previous weekend, so the outcome looked bleak.

However, their sound systems were not impounded and the usual challenges involving vomit pools, yard glasses and the traditional ‘hit em ups’ continued.

This year’s Vagathon was hosted at Dirty Thirty (30 Ada St) with around a hundred attendees dressed as the usual promiscuous genies, schoolgirls, cowgirls, aliens and hula girls.

The traditional funnel on entry applied, but there was a noticeable absence of the ‘scrumpy hands’ that partygoers usually enjoy.

Despite this, the event was successful and Keall commented,

“Everyone danced and was real happy, the girls weren’t bitchy at all.”

Although bathroom facilities were strained, the notorious shower shitting of Vagathon ‘17 was not repeated.

“They had a garden shed and we didn’t want to wait for the toilet, so we just kept pissing in their shed,” one weak-bladdered girl told Massive.

The two sex-segregated parties merged into the backyard of the keg race hosts at approximately 4pm, where festivities continued till about 8pm when partygoers started to disperse.