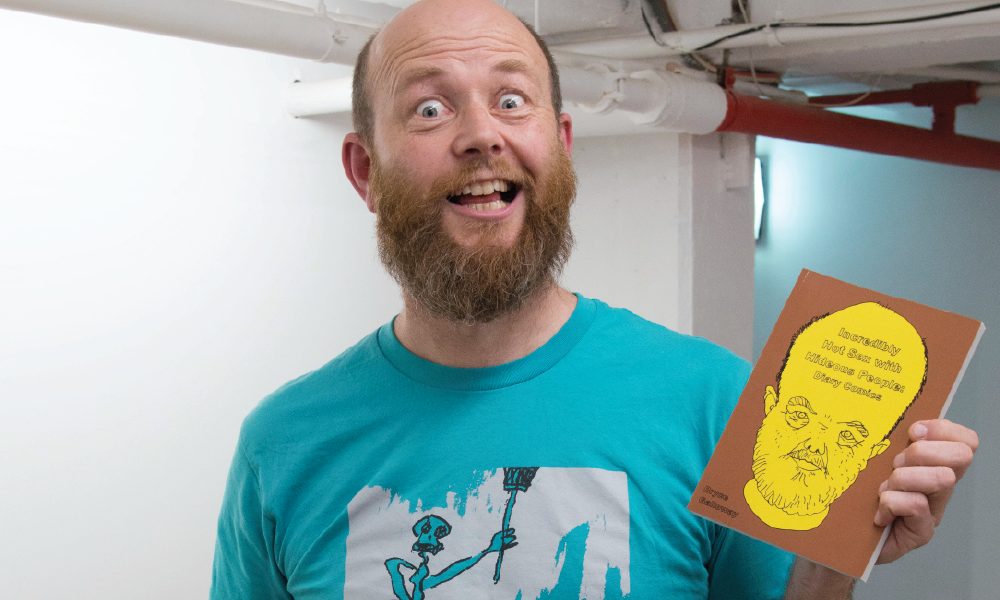 “Too many superheroes not enough losers”

Nursing hangovers and family disruption are some of the hilarious anecdotes that CoCA lecturer, Bryce Galloway, illustrates in his latest comic.

Galloway says the comic, Incredibly Hot Sex with Hideous People: Diary Comics is made up of more than 65 diary comics which were created over almost a decade.

Each diary comic explains a progression in his life.

He says the comic is a personal fanzine, or perzine (a personal diary), which normally isn’t the work of a middle-class, middle-aged man.

“I try to make something great out of very little, just a few well observed mishaps, some copier paper and a couple of staples,” says Galloway.

“This is a book of wiggly-assed drawings that picture me arguing with my wife, chastising my children, nursing hangovers… just the bad stuff, which seems to make for better reading.

“Showing those little ruptures in our everyday plans.”

Galloway says the comics poke fun at what he describes as his very “unexceptional” life, whether it’s an argument with his wife or telling his kids off.

“[There are] too many superheroes, not enough losers,” he says. “Too many dangerous barometers of success out there, too few warts and all measures.”

Galloway, a senior lecturer, has been teaching at Massey for a number of years.

He says his students are supportive of his zine narratives.

“It feels a bit weird presenting myself as a schmuck and then asking students to heed my counsel, but I do it anyway, and most students seem to cope.