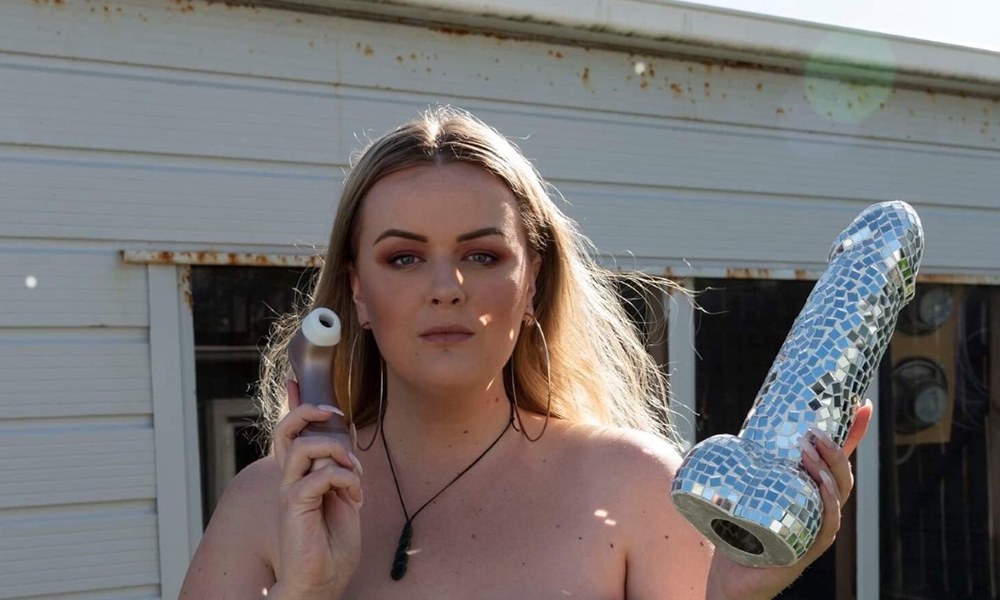 She’s witty, honest and rather sexually orientated - and ‘The Unlonely Woman’ has finally come out! She has showcased her talent to tell it how it is in a recent set of Web Series,
featured on Massive’s social media (disco dick included). She’s locked and loaded with a keen eye for the odd inappropriate anecdote from her fellow sexually and not-so-sexually
active Massey peers. For almost two years, the Unlonely Woman has amused us with her fortnightly column that tells tales of the trials and tribulations of an adventurous sex and
dating life. I recently sat down with the not so lonely gal in a rather intimate interview, and here is the gossip from that little meeting…

‍
Why did you start the Unlonely Woman?

‍
What do you think about people who think that you shouldn’t be open about sex/dating?

‍
If I’m honest, I personally feel as though everybody is entitled to a valid opinion, but it doesn’t mean they’re right. I’m not out here telling people to have sex or to not wear a
condom, but instead what I am doing is sharing my experiences so people can openly talk about sex and feel comfortable about it. If you don’t want to have sex that’s great, if you
want to fuck ten guys in one night, that’s also great. All I have to say is as long as you are safe, happy and not hurting anyone including yourself then do whatever the fuck you want.

‍
Why did you choose the name ‘The Unlonely Woman’?

‍
Because you are never alone. You always have yourself and that is the most important person you could ever have.

‍
What pushed you to do it?

‍
I started ‘The Unlonely Woman’ as there were no columns like mine – that I knew of – in New Zealand. Yes, there were some sex sections in magazines, but I could never relate to
the writer. So, I started writing and it’s come so far since. I feel the column is important because we should not be shaming people for having sex or not having sex. I’ve met many
women who did not realise that they deserve an orgasm. Purely because in sex education we get taught about how the man cums and, well, that’s how woman get pregnant – but
there’s no mention of pleasure.

‍
Were you hopeful of its future?

‍
It’s so crazy to think about where I am now. ‘The Unlonely Woman’ was just a hobby. It’s now my sole income. I started the column as I found I put so much effort into my last
relationship and trying to make it work for him to just go on and cheat online. Once I realised he was cheating, I lost myself and my self-worth. Hence, ‘The Unlonely Woman’ was
about putting my thoughts first and getting my creative side out to help others.

‍
What kind of comments have you received from the public?

‍
I’ve received so many messages from strangers saying they love my work and they felt so empowered. I felt like the only way I could reach even more people and do even more
things with the brand was by having my face out there. I’ve even had someone say, “Thanks for representing the true meaning of girl power and being open about sex and experiences!” and “Not all of us feel comfortable talking to our friends about some things so I’m insanely thankful for you!” If I can inspire one woman or man to live their life unapologetically then I’ve done my job.

‍
Where do you see these opportunities taking you?

‍
Well, ‘The Unlonely Woman Unleashed’ web series has just come out on Massive Magazine’s Facebook. It’s crazy because a few months ago I wrote on my whiteboard that
one of my goals was to have my own program. And here we are. So I guess what’s next for me is to get into more publications and reach more people. Whether that be in TV, radio,
writing… I’m open to anything, I just want to keep growing and inspiring to reach more people to see their worth.

To watch the latest episode of ‘The Unlonely Woman Unleashed,’ make sure you head to
Massive Magazine’s Facebook page. To keep up to date with everything ‘The Unlonely
Woman’ related, make sure to follow her on insta @theunlonelywoman