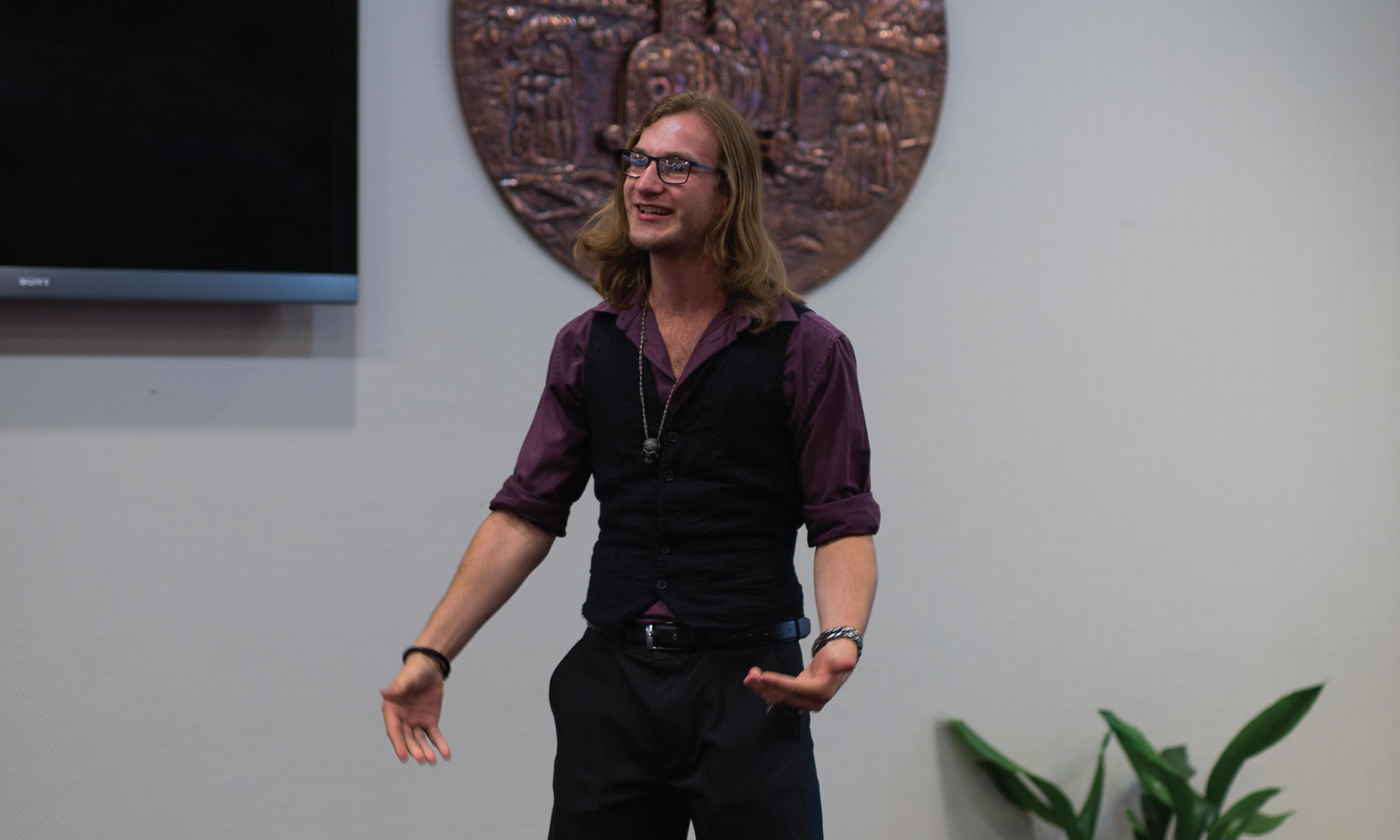 Zak Rodgers is shedding a light on big societal issues through his expressive slam poetry. From just starting around three years ago, he is now being asked to perform at pubs – with Murray’s Irish Bar in Feilding this Monday night.

With a love for drumming, the now 20-year-old pushed his beats in a way he could address controversial topics such as poverty, freedom of speech, gun crime, and the computerisation of society.

“Nobody wants to listen to a hard truth but it’s easier to listen if it’s also entertaining,” he said.

From watching his tutor perform slam at a drama school in Havelock North, Zak later found himself performing at an open mic night, mashing lyrics from different songs together and pronouncing them in a slam-type rhythm.

“Everybody loved it. They were like, ‘write more!’ and it went from there,” said Zak.

Since studying journalism at Massey, he has found some relative similarities between the two forms of writing.

“Journalism is the ability to talk creatively about issues and get them across to people which is essentially what I’m doing with my slam.” It’s not all that easy for Zak to write about these topics in his slam.

He said the main struggle he faces is finding the right words to use to make the poem mean something.

Poetry has a bad reputation from the painful high-school English lessons, however, slam could sway the general teenagers’ attitude towards studying poetry.