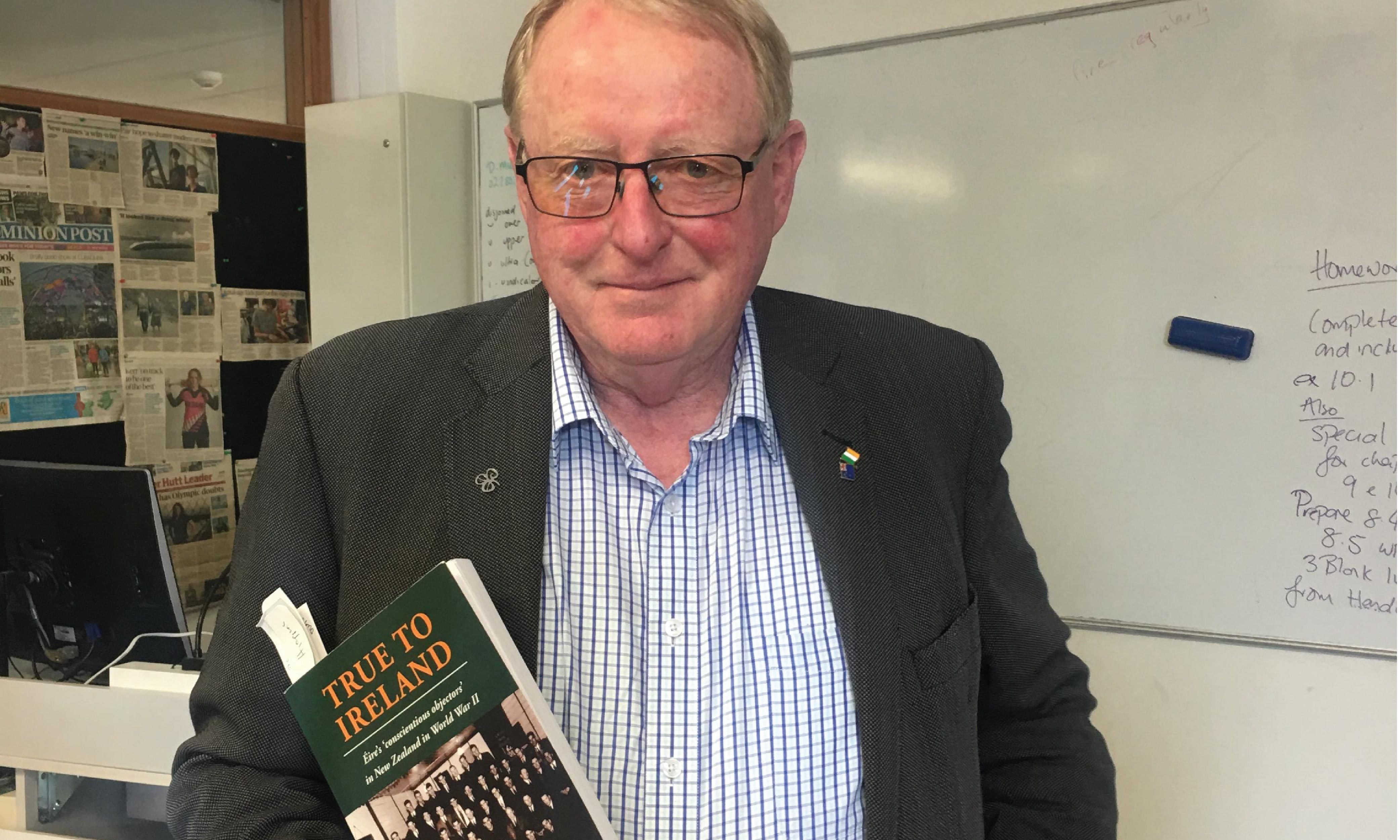 The author of a new history book that reveals the untold story of Irish immigrants in New Zealand during the Second World War urges people to uncover their own family history before it’s too late.

“You’ve only got what you’re left with and my aim is to encourage other people to look at family history, tell their stories and talk to the old people now,” author Peter Burke told Massey University journalism students.

Burke had no idea that his father was one of the six men who appealed their conscription into the war and among a list of 155 who faced deportation unless they fought for the British Crown. It wasn’t until he uncovered five important pages of information hidden within his late mother’s old documents, five years after her passing.

This discovery took him on a 10-year journey; compiling research from over “2000 documents, 200 books, 50 interviews and four trips overseas” to finally tell a piece of New Zealand history that has never been heard before.

Burke still questions why his mother and father never told him about this history, but he suspects “it’s a bit like most war stories.”

“I’ve talked to people whose fathers fought in the war, their fathers never talked about the war,” he said.

“It’s quite common. The horror of it, they just don’t want to repeat it. Only on their deathbeds they reveal what happened.”

Burke’s book has also revealed that the fathers of some of his old school friends were also among the list of 155 ‘conscientious objectors’ and believes that most readers will find a relative involved.

Now that True To Ireland has been officially launched, Burke hopes that this history will give others the incentive to search for their own before it’s too late.