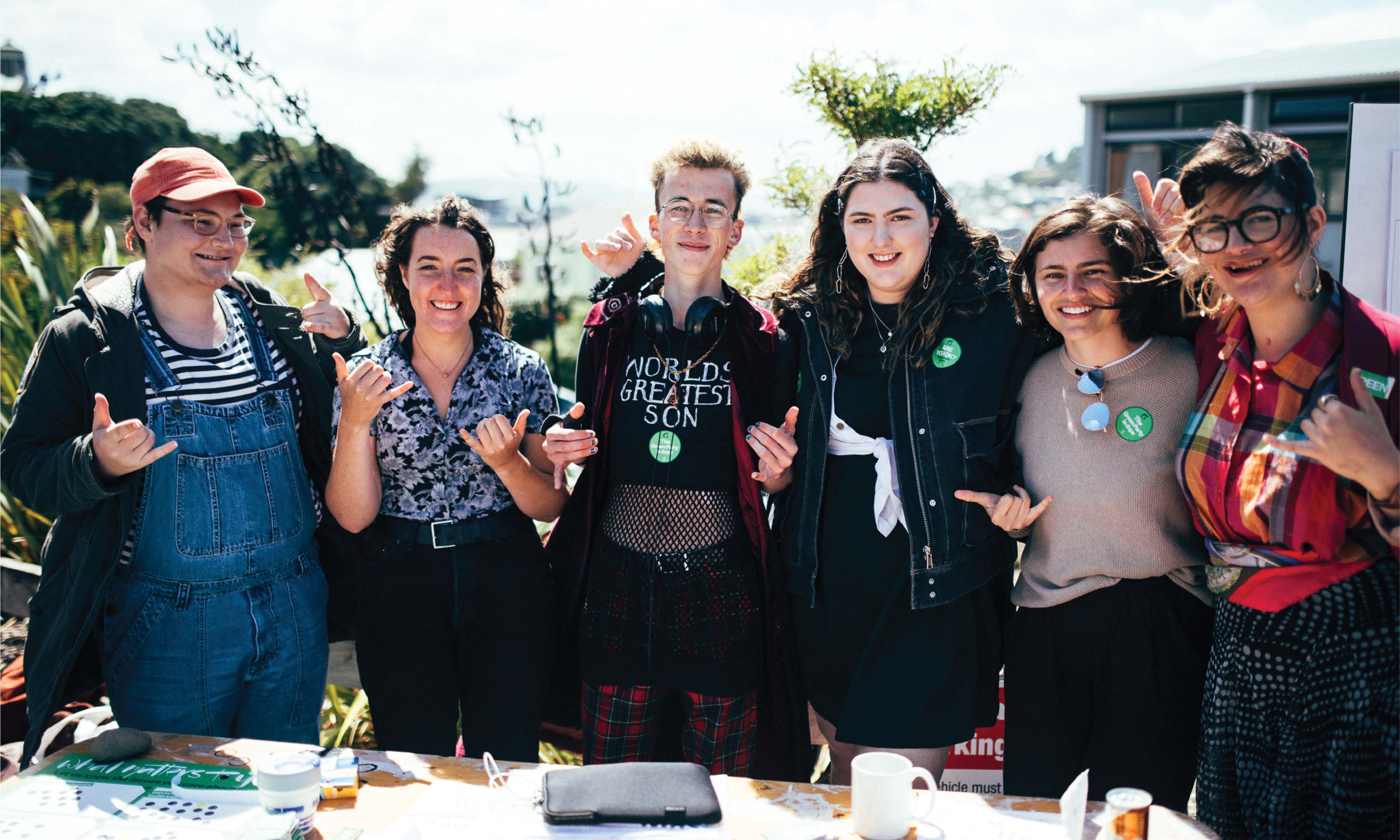 Sign-ups for the Massey Wellington Greens club were through the roof on Clubs Day, with Green MP Chloe Swarbrick helping to run the stall.

Swarbrick had high praise for the student Greens at Massey group and the work they have done to advocate for students’ mental health and sustainability on campus.

The students who approached the stall were passionate about a whole range of issues, said Swarbrick.

Climate change, housing and rental standards were among them.

Swarbrick says it’s frustrating when politicians or the media say young people aren’t involved in politics but don’t engage with them to change that.

“The biggest thing for me is to be where the people are. It’s important to be accessible and authentic.”

Swarbrick recently organised an event in Wellington for young people who want to become more politically involved with a workshop called ‘How to Change Aotearoa’.

The event was held in Parliament buildings on February 11.

“It was an experiment,” says Swarbrick.

“We ran another one in Auckland on the weekend of February 23 and they showed us that people are really passionate about change.”

Most attendees were students and young people and Swarbrick was ‘inspired’ by what she heard from them.

“I am super idealistic and earnest, but I believe that’s the way to make democracy work.”

She plans to run more events like this around the country.