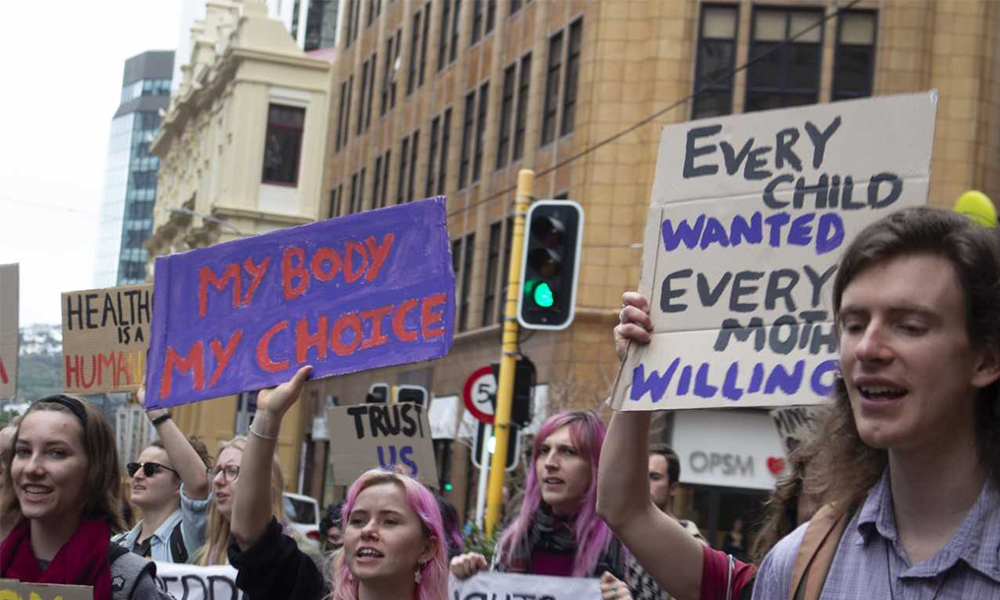 High school and university students marched through the streets of Wellington last month to show their support for the reform of abortion laws in New Zealand.

Abortion is currently in the New Zealand Crimes Act. The message of the march; take it out.

“Change in necessary, abortion must be removed from the crimes act.”

In October 2018, the Law Commission provided three alternative approaches to abortion law. All guest speakers at parliament showed clear support of the most liberal approach, Model A.

According to the Law Commission website, Model A would require no statutory test before an abortion could be performed, leaving the decision up to the “woman concerned in consultation with her health practitioner.”

Model B would require a statutory test in health legislation, rather than the Crimes Act. A health practitioner would need to be “satisfied that the abortion is appropriate in the circumstances, having regard to the woman’s physical and mental health and wellbeing.”

Model C would see the same statutory test, but only after 22 weeks of a pregnancy.

“We want to see Model A come in because that is the only model that will promise us real body autonomy,” said Tara O’Sullivan, co-president of the Victoria University Feminist Organisation and organiser of the march.

Green Party MP Jan Logie confirmed that the Green Party will be in support of Model A and said that any barriers in the way of fundamental healthcare are “just not acceptable in this day and age.”

Dame Margaret Sparrow, who carried out her own abortion in the 1950s has been a pro-choice campaigner for over 60 years.

“We've going a new opportunity, we’ve got new MPs...we need to change our law and support option A,” she said.

The bill that would remove abortions from the Crimes Act went before cabinet ministers on the day of the march.

A decision is soon expected as to which model will go ahead.