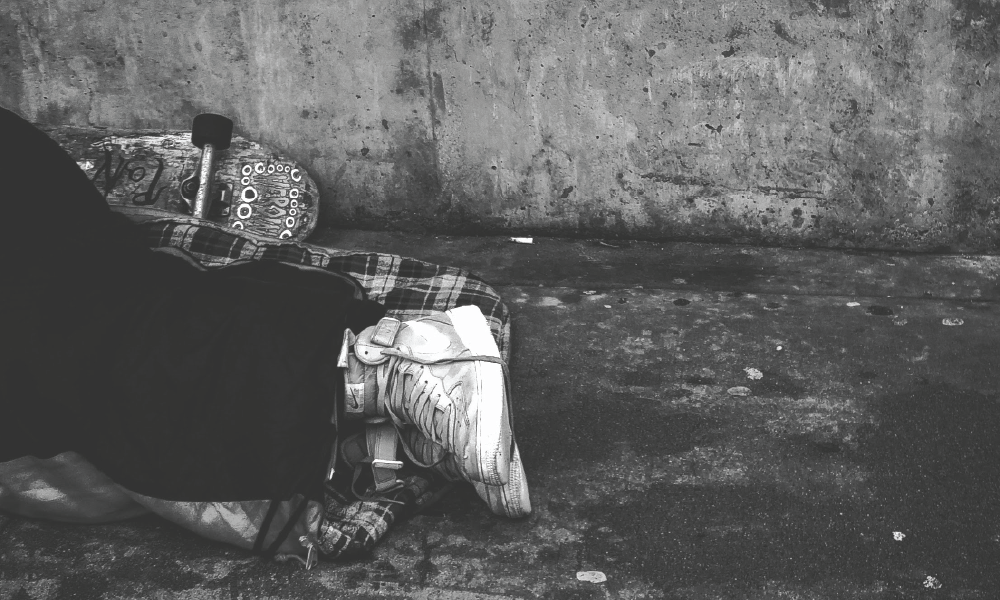 A group of Massey students have made a powerful documentary to rid the stigma that exists around homelessness.

The documentary Te Hā Tangata: The Breath of the People was created last year but released to the public late last month.

The documentary is based off the book (of the same title) by Wellington’s Te Pūaroha Compassion Soup Kitchen.

Throughout the documentary Wellington’s homeless are invited to tell their stories in the hopes it will raise awareness and acceptance in society.

Alexandra Kananghinis was one of the Massey students involved in making the documentary.

She says throughout the project the group of students involved found themselves connecting with Wellington’s homeless.

“Robert, the man who’s story I was helping tell, was so grateful that I had helped him tell his story,” she says.

“It was so nice knowing that at the very least, we’d been an ear to listen, as many of them didn’t have that.”

She says her view on homelessness changed through filming the documentary.

She has gone on to help co-ordinate the annual street day appeal for the soup kitchen this year.

Massey’s worked with UNESCO in previous years, with expressive arts students and staff collaborating with them on a creative activism conference, Tilley says.

The project came at a perfect time since Tilley was looking for a community partner for her ‘creativity in the community’ paper, which is a final year course offered here at Massey.

“It [the paper] enables students to take what they’ve learned in their creative classes and directly apply it to helping solve a societal problem, through partnership with a community agency,” says Tilley.

She says many students, like Kananghinis, were moved by the experience they had.

“The impact of those stories has been extremely powerful for everyone who heard them and life changing for many of those involved, including many of the students who wrote in their course diaries about changing their career goals and wanting to do something in their life to help the community.”

Since the documentary was filmed, she says many of those interviewed as part of the project have gone on to be housed and employed.

“They always had the skills to be employed but maybe being part of Te Hā Tangata gave them the confidence to know that they are valuable and helped to make that value visible to others.”

To watch the documentary head to the Te Hā Tangata Facebook page.