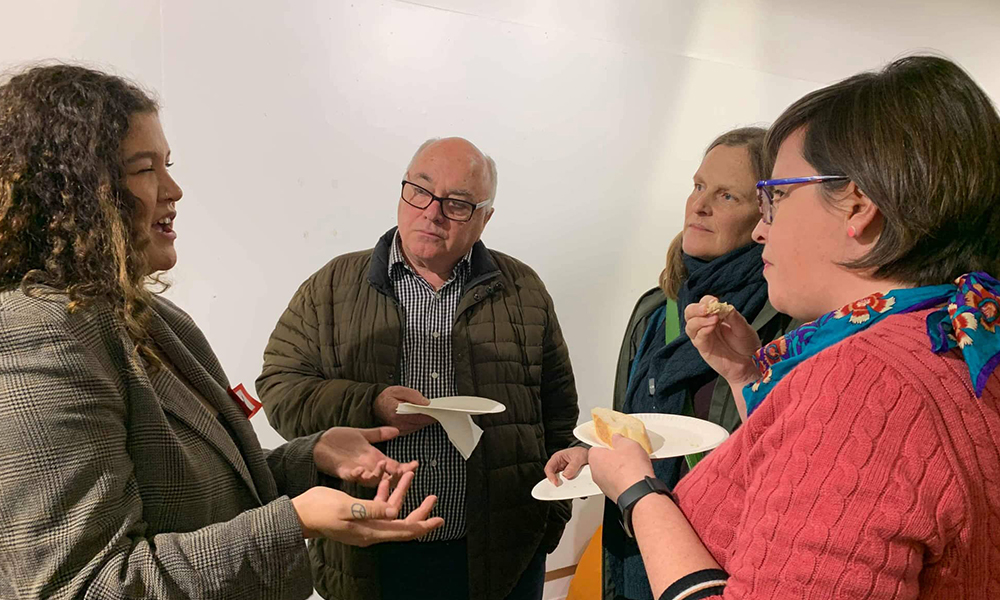 Students come together to support Ihumātao from afar

A group of Massey students have raised over $1,000 for the Ihumātao campaign, SOUL (Save Our Unique Landscape), through holding events on campus.

Approximately half of this was raised through a film screening night, which aimed to increase awareness and open up discussion around issues of inequality.

Opening the evening with a waiata, Ani Morris, Massey’s Marae manager, said, “Although our lives are very busy, although there is a lot going on, it’s important to remember why we’ve come to support this kaupapa.”

The two films shown were documentaries based on a variety of widespread inequalities present in Aotearoa.

The first film, The Price of Peace, showed the brutal investigation of activist Tame Iti, who was accused of plotting terrorist activities in Tūhoe.

The second film, Te Matakite o Aotearoa, showed a key moment in Māori history, of a land march in 1975 lead by the then 79-year-old Whina Cooper.

“It’s not only an isolated incident in Ihumatao, but in Manukea, too. There are things going on everywhere,” event organiser Miro King said.

The same group held a ‘Tunes and Treats’ fundraising event in The Pyramid the week prior, which contributed the other portion of money raised for SOUL.

The events were held by the newly-formed club, Massey Wellington Advocates (M.W.A.), which was an idea that came from an open kōrero in response to the initial outbreak at Ihumātao.

After achieving a significant amount within just a few weeks, and seeing the shift in awareness on campus, the M.W.A. plans to keep advocating for any issues of inequality relevant to Massey students.