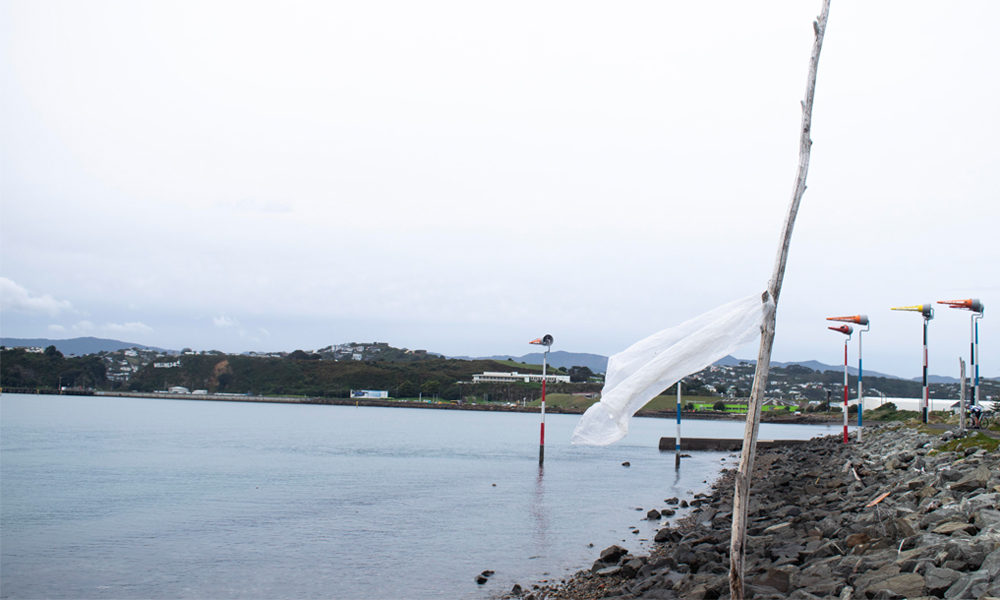 Evans Bay has been labeled by Sea Shepherd as one of the worst micro-plastic beaches in New Zealand.

Nurdles – plastic pellets the size of a lentil – are used in the manufacturing of almost all plastic and are the most commonly found rubbish items in clean-ups.

Social action has seen a reduction in things such as plastic bags and straws on our beaches, but Michael Coleman, who has been running the Evans Bay clean-up for seven years, says there’s still heaps being washed up.

“In the time that we’ve been doing it’s probably gotten a little bit better with the big rubbish, but all the small rubbish is the worst stuff.”

At least one thousand straws and around six hundred lollipop sticks are still found at every clean up event.

Parking tickets have also been found washed up on the beach in a recent clean-up of Evans Bay in Wellington.

The clean-up was one of many, held monthly by Sea Shepherd in Wellington and across the country as part of their Marine Debris Campaign.

Coleman says they find a whole range of plastic waste, with parking tickets being among the most obscure and most common in Wellington.

“They’re really bad. Especially in Wellington because they just fly out,” he says.

Full details of all upcoming beach clean-ups can be found on the Sea Shepherd Facebook page.