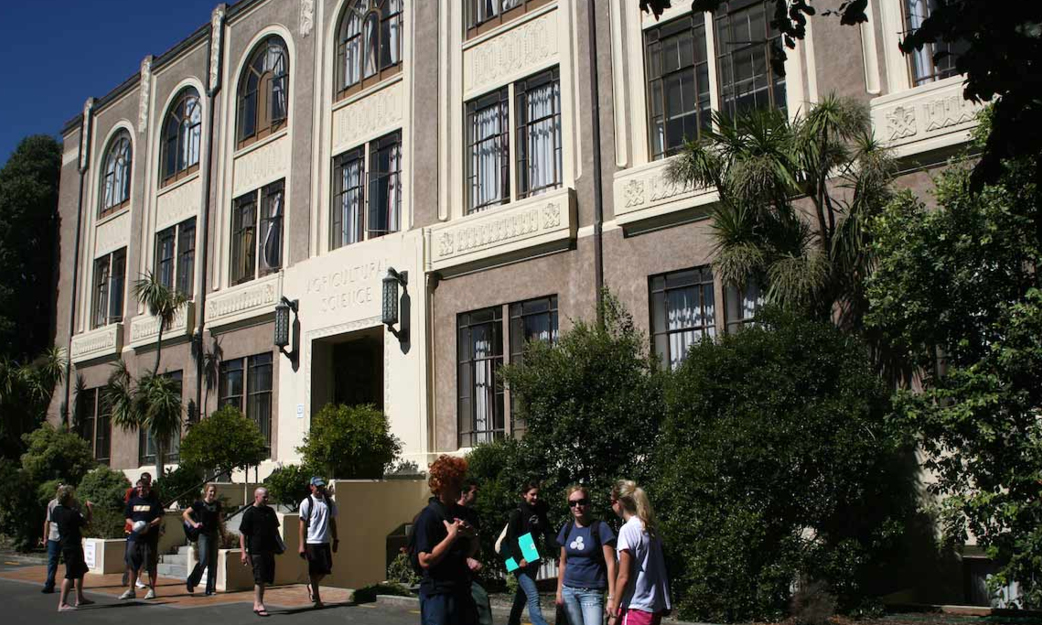 Restoration work on Massey Manawatū’s Refectory building, which is currently closed for earthquake strengthening and repairs, is set to begin in September 2018.

The Massey University Foundation is tasked with fundraising for the refectory.

Established in 2004, the Foundation manages re-investments of donations that have been made to the university.

Mitch Murdoch, Director of Alumni Relations for the Foundation says the Foundation’s board members want to restore the refectory to its original glory.

“It’s a fabulous old building, it’s part of Massey’s DNA,” he says. “The university decided to save it and the task fell to the foundation.”

The near 90-year-old building has a colourful history. The refectory housed the original dining hall and student common room complete with an ornate fireplace.

It was eventually subdivided to make space for teaching room.

In the early days of the university in the 1930s and 1940s, students had to dress for dinner in the refectory, cravats and all. It was home to a number of typical student pranks.

“One of the oldest female alumni remembers brewing pumpkin wine because poor students couldn’t afford to buy it,” said Murdoch.

“It was occupied by the New Zealand army during WWII. They built an annexe on to the main building and set up a shooting range on the oval.”

During WWII the university roll fell to about 14 students.

Murdoch says she’s really enjoyed working on the restoration project and discovering the history connected with the building.

“It’ll make us all feel proud of Massey history, it’s a very attractive building that embodies a lot of culture,” she said. “We want it to be the new heart of the campus.”

The restoration will remain true to what the refectory looked like when it was first built and opened in 1931.

The work is estimated to finish by September 2019. It will be a space for public use when complete.

Murdoch says the Palmerston North City Council donated $150,000 for the restoration and want to put the building on local heritage trails.

“Alumni used to get married in the building so hosting functions like that when it’s finished would be a huge draw card for bringing in visitors from the city.”