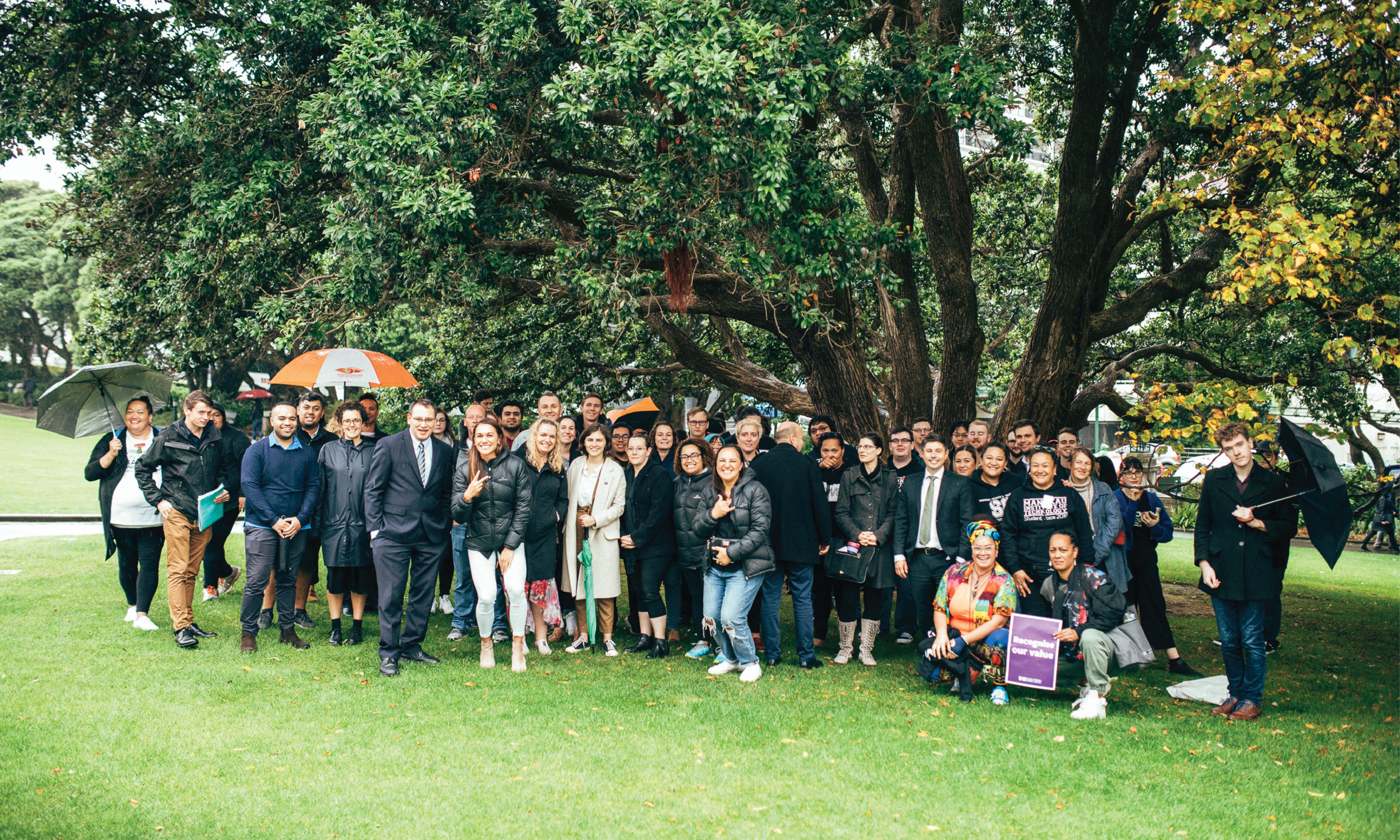 Torrential rain didn’t dampen the spirits of the students, academics, and politicians who gathered on Parliament grounds on April 11 in a rally demanding that the postgraduate student allowance be restored.

The crowd gathered under the trees on Parliament lawn to hear speeches from postgraduate students who spoke about their experiences.

Postgrad students often have to juggle one or multiple jobs with full-time study just to afford the costs of living, let alone the steeper costs of postgrad study itself.

Many of them also have dependents or deal with health issues because of study-related stress.

Outdoor education and sustainability student Monica Bean said she was not currently pursuing a Masters because of the lack of allowance.

“It’s just not feasible right now. I need to get my Masters to specialise in the areas I want, but if there was a postgrad allowance I’d be able to do it.”

The petition to restore the allowance has garnered 5,500 signatures so far and was handed over to Green MP Chloe Swarbrick by the New Zealand Union of Students’ Associations national president James Ranstead.

“The cost of being a student increases year by year,” said Ranstead.

“This petition is about fairness and about holding our politicians accountable.”

Labour promised to restore the allowance in their 2017 election campaign but have not yet done so.

Swarbrick said postgraduate study should be fully accessible for students to contribute to society.

She also said it was important that students be equipped to solve the problems of the future.

“Politicians won’t solve climate change or the housing crisis—future generations of researchers and experts will. Change comes when all of us stand up and demand better.”