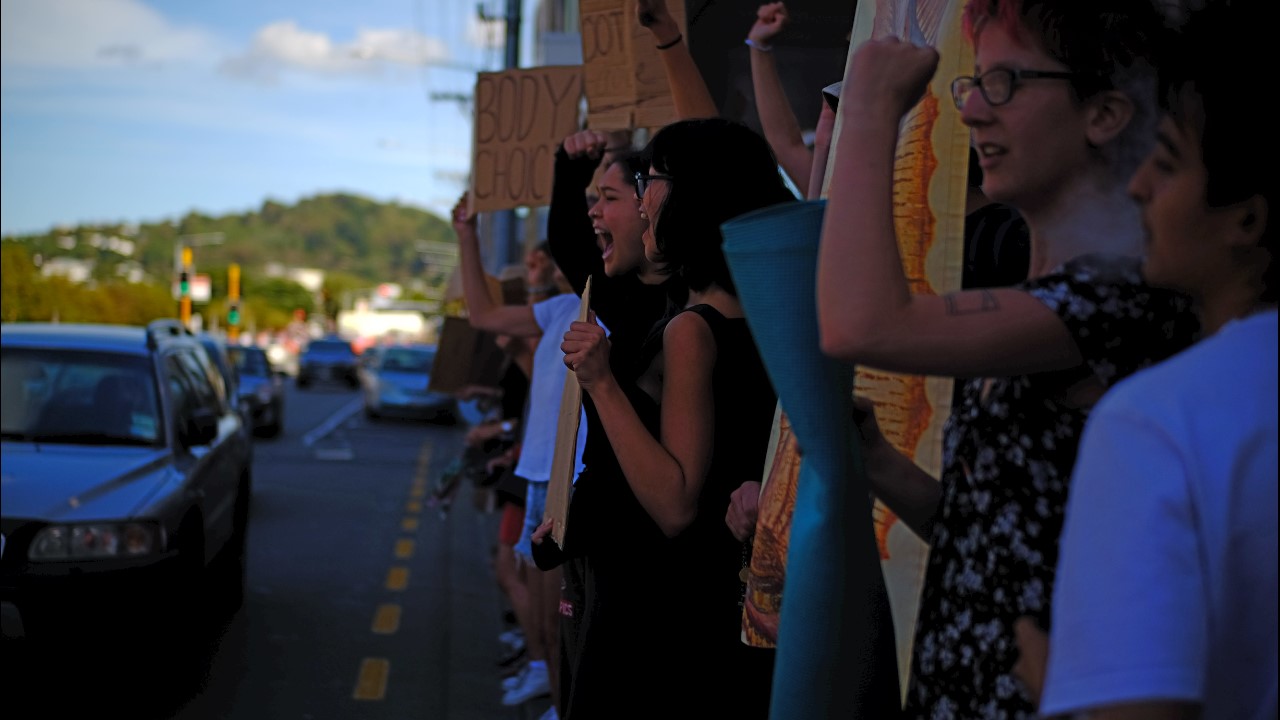 The festival was not the only sight to see in Newtown on Sunday after an impromptu pro-choice protest popped up across from pro-life protestors outside Wellington Hospital.

Pro-life protestors had been present in large numbers since late February as part of 40 Days For Life, which will end at Easter in coincidence with Lent. This is a worldwide event that takes place outside local abortion clinics, with the “intention of saving lives and bringing about the end of abortion” through prayer.

According to the 40 Days for Life website, the vigil will occur each day bar Sunday. It appears an exception was made for the day of Newtown Festival, with an array of nuns, church groups, children, and priests present from 8am.

By early afternoon, pro-choice chants such as “women’s right to choose”, “my body, my choice” could be heard a kilometer away from the hospital. With makeshift cardboard signs, 60 or so  young women, and a handful of young men, had gathered directly across the road from the pro-life protestors.

Some women were heard yelling “What about after the child is born?”, others questioning if the pro-choice protestors were there to “confront the increased foot traffic” towards the festival. One passing pedestrian remarked how she felt “creeped out” and “uncomfortable” walking past the hospital earlier in the day and was “inspired” by the “pop-up” protest.

Many passing pedestrians stopped, potted plants in hand from the festival, to join the pro-choice crowd. One sign said, “honk for pro-choice” prompting many vehicles, from public buses, family vans, to student filled cars to sound their horns.

Both opposing groups wrapped up around 4pm.