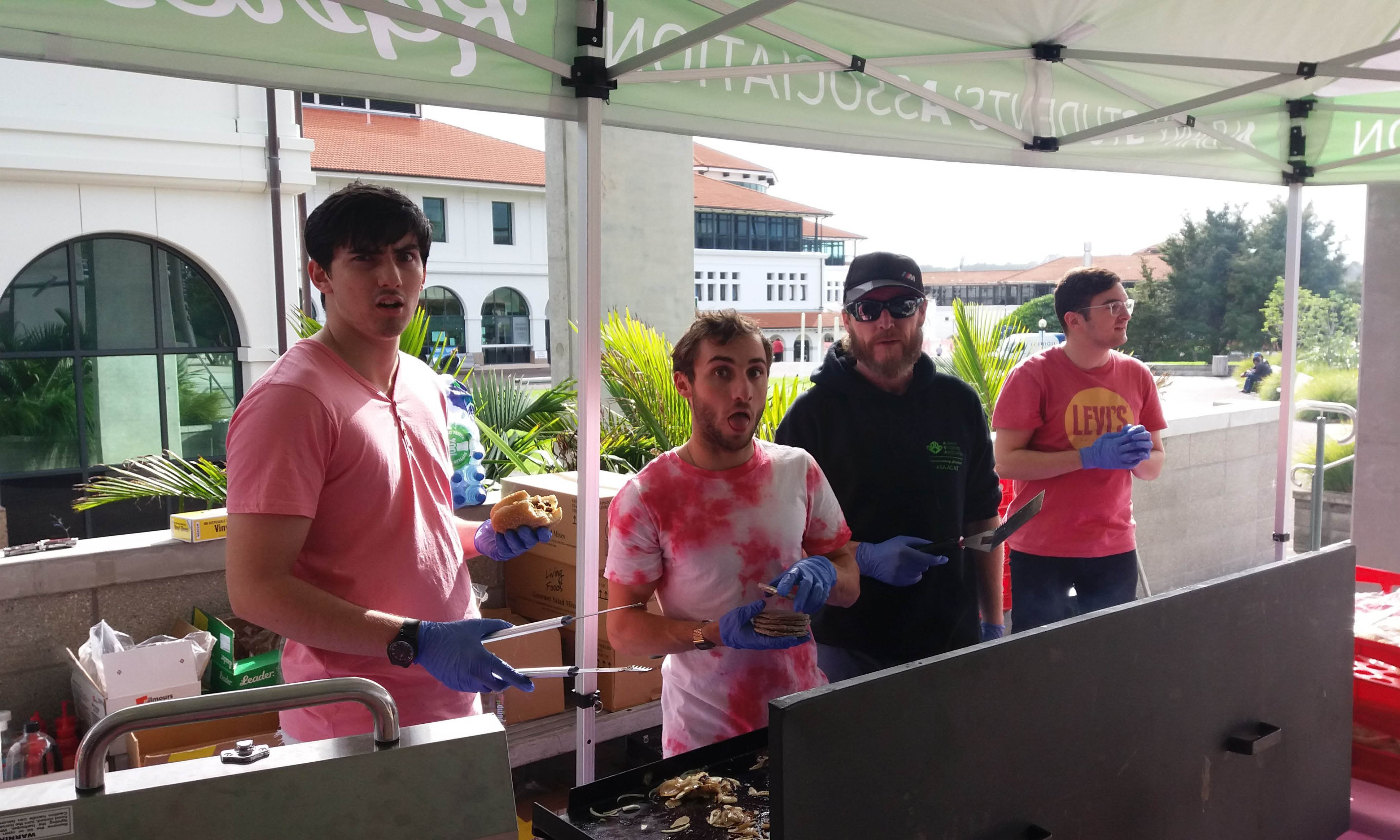 Pink Shirt Day was started in 2007 after two Canadian students came to the aid of a fellow student who was being bullied for wearing a pink shirt.

The day is now celebrated worldwide, including at Massey University.

On Friday, May 18 ASA hosted a barbecue in honour of the day and ASA President Jason Woodroofe says it was a great success.

“We had an epic student turnout, it was great to see so many pink shirts,” he says.

“We raised close to $200 which goes to the Mental Health Foundation. I would really like to thank everyone that wore pink and everyone that donated.”

ASA Vice-President Venya Patel was also pleased with how the day went.

“We are really happy with how the event went, the engagement we got from students was amazing, everyone really got behind the cause,” says Patel.