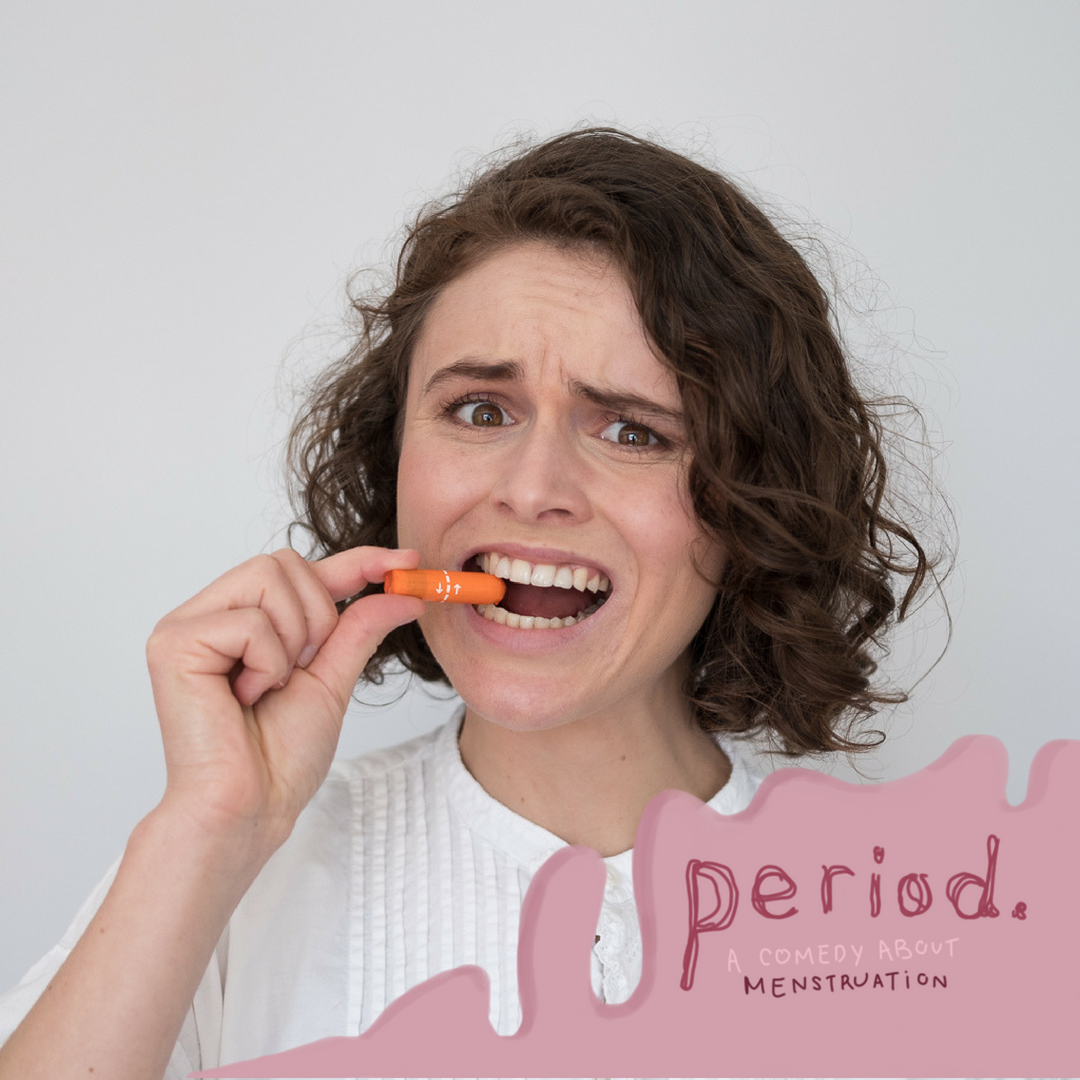 Atkins is the founder of Ephemeral Theatre Company in Wellington and has been part of Centrepoint Theatre’s youth development centre The Basement Company.

Her newest production, Period. is coming to the Palmerston North Fringe Festival this October. The show is about period positivity.

Atkins says she had wanted to create a feminist show for some time and felt inspired after attending the Edinburgh Fringe Festival in Scotland while travelling in 2017.

“A huge portion of those shows were heavily feminist. In a way, I felt like they gave me permission to create a feminist show.”

All the scripting for the show is by Atkins herself, who says she’s had several mentors along the way as well as feedback from peers.

“I’ve had a lot of mentorship, but the concept, execution and scripting came from me.”

It’s a solo show, with just Amy and a stage technician. She created audio recordings for the show herself, with music by a composer friend.

“What I want is for people to feel like they have a new way of talking about menstruation.”

Atkins says she wants the audience to leave with open minds. “It’s about breaking that shaming cycle.”

“It seems like audiences are keen to make it a mother-daughter night out, which is amazing.”

“Of course, it’s not just for girls, everyone is welcome.”

The show opens the second week of the Palmerston North Fringe Festival and is suitable for children 9 and above.

The show is on for two nights only at The Dark Room on the 11th and 12th of October at 6pm. Tickets are available on the Centrepoint Theatre website and door sales will be welcome.