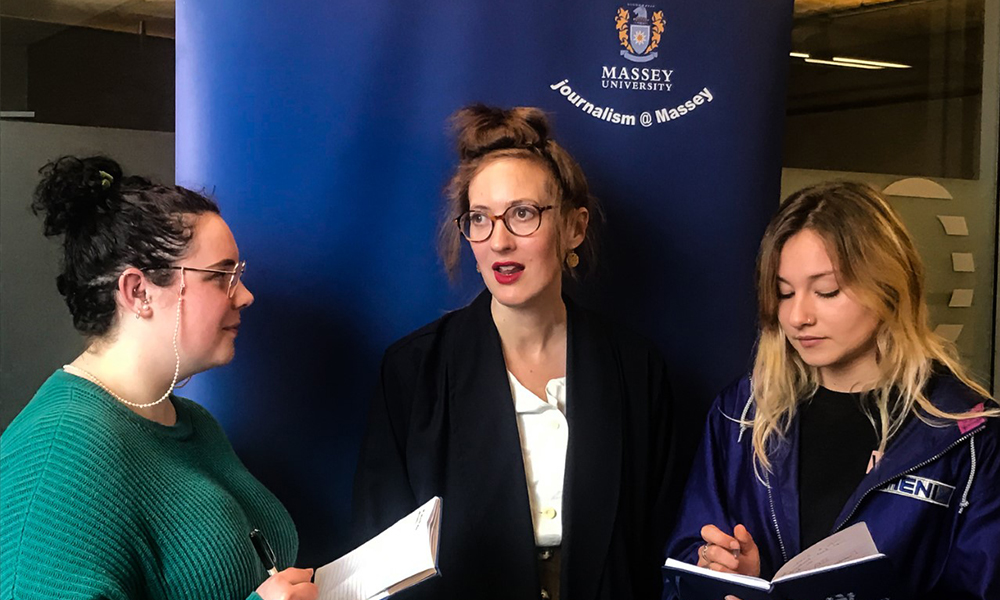 Graham-McLay, the New Zealand correspondent for the New York Times, was posted in Christchurch to cover the March 15th terrorist attack.

When speaking about the unglamorous nature of journalism, Graham-McLay spoke about trying to write a story the day that Prime Minister Jacinda Ardern announced there would be gun reform.

“At the time I was in an Uber on the way to see a family that I had been spending time with that week, because I was writing an obituary on their brother and son who had died in one of the mosques.

They had been keeping in touch with me and had just had the call to say that his body had been identified,” she said.

Graham-McLay is still recovering from the ten days that she reporting the Christchurch attacks with very little sleep.

She wasn’t the only one - students, including those who attended her lecture, are continuing to recover from the events on the 15th of March.

Students had mixed responses when asked how they feel about the attacks now.

“I think that the attack has enlightened New Zealanders on what was once a covered issue,” said Wellington City Youth Counsellor and Massey University Communications student, Liam Davies when discussing extremism in New Zealand.

When asked about her thoughts on the attack five months on, Kasia Kuklinksi, a psychology student at Victoria University, said, “It’s symptomatic of a wider global issue when it comes to how we deal with people and tolerance”.

There is a greater chance of developing post-traumatic stress disorder (PTSD) following an experience or witness to a traumatic event. This includes things such as news coverage of the mosque shooting, according to Health Navigator New Zealand.

PTSD means ‘getting stuck in re-experiencing a traumatic event. Your body and mind act like the event is still happening, right now, even though it is in the past. It keeps your body in a fight or flight response,’ according to Health Navigator New Zealand.

One in six New Zealand adults had been diagnosed with a mental disorder at some time in their lives. This includes PTSD, bipolar disorders and anxiety disorders, according to Community and Public Health.

The attack, took the lives of 51 people and injured 49. Trial

If you are feeling distressed and want to talk to someone, you can contact Massey University Student Health and Counselling on 0800 376 633 for mental health crisis contact, referrals and general mental health enquiries. You can also contact Youthline 24 hours a day on 0800 376 633 or text 234.