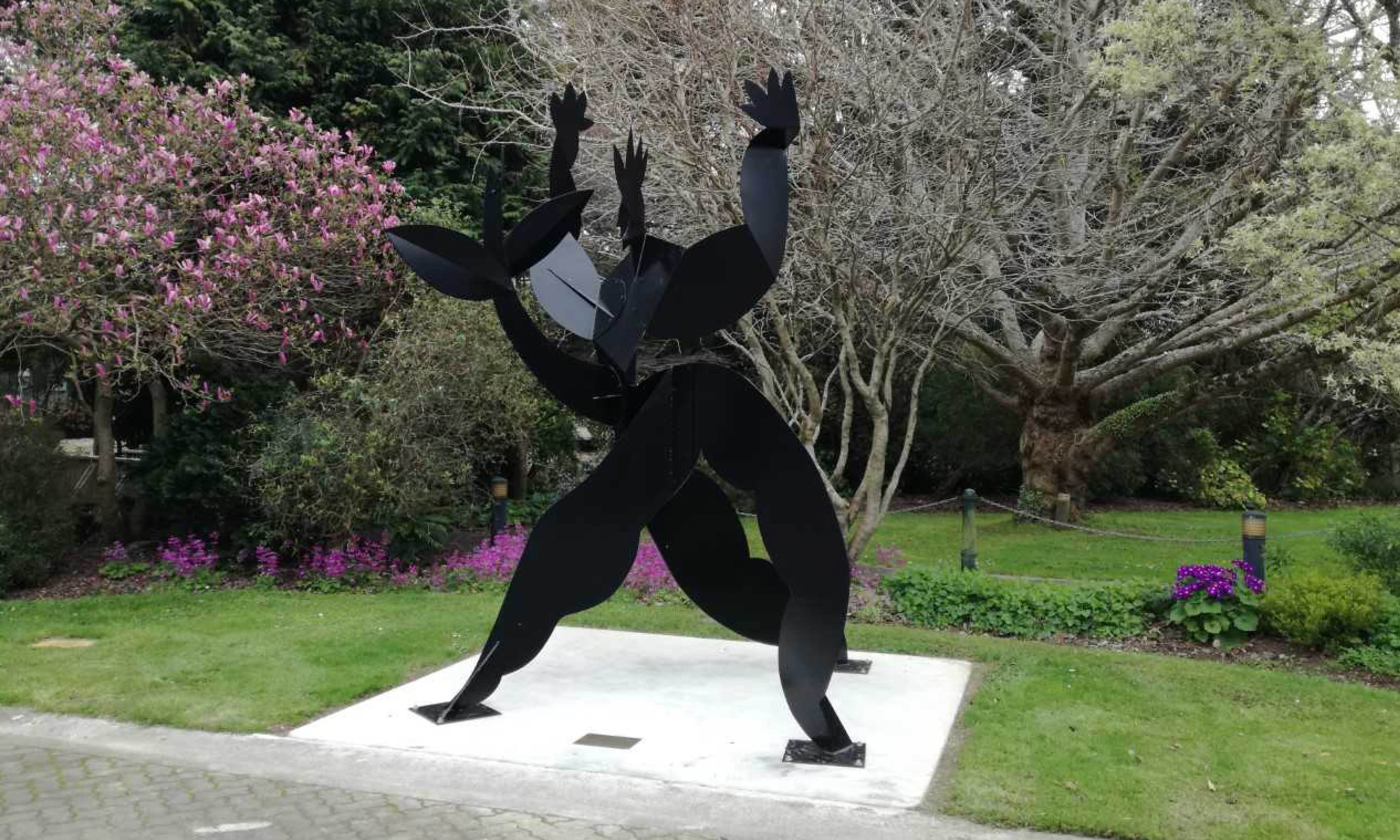 A new addition to the Turitea campus which appears to be sprouting a male appendage has several students quietly amused, or in some cases just plain confused.

The statue, which used to live at Massey’s Hokowhitu campus, was recently transferred to the Turitea campus.

It now stands opposite the Massey University Students’ Association building where Bennetts bookstore used to be, near the Sir Geoffrey Peren building on the Manawatu campus.

The statue represents a figure on three legs having a conversation with a coloured steel parrot resting on a rod extended from the body.

But the statue has raised eyebrows as well as murmurs from more than a few students who think the rod looks like a penis with leaves sprouting from it.

It’s supposed to depict a parrot in conversation with the figure, but the parrot seems to have become detached from the statue since it was installed.

“You’ve got to really look at it to understand that it’s not just a guy with a massive penis.”

“I’m an adult, I shouldn’t be just laughing every time I see it, but I still do.”

Massive Magazine has even received emails from students confused at the large piece of art.

“Recent sculpture addition to Turitea campus looks like a guy with three legs and a giant erect penis sprouting leaves,” an anonymous reader said in an email.

Massey’s Communications Director James Gardiner says that since the Hokowhitu campus was sold a couple of years ago, features like the statue are gradually being relocated to the Turitea campus.

A property development company bought the Hokowhitu site for housing.

“Everything will be located at the Turitea campus eventually. It’s great because we get the benefit of artworks like this,” says Gardiner.