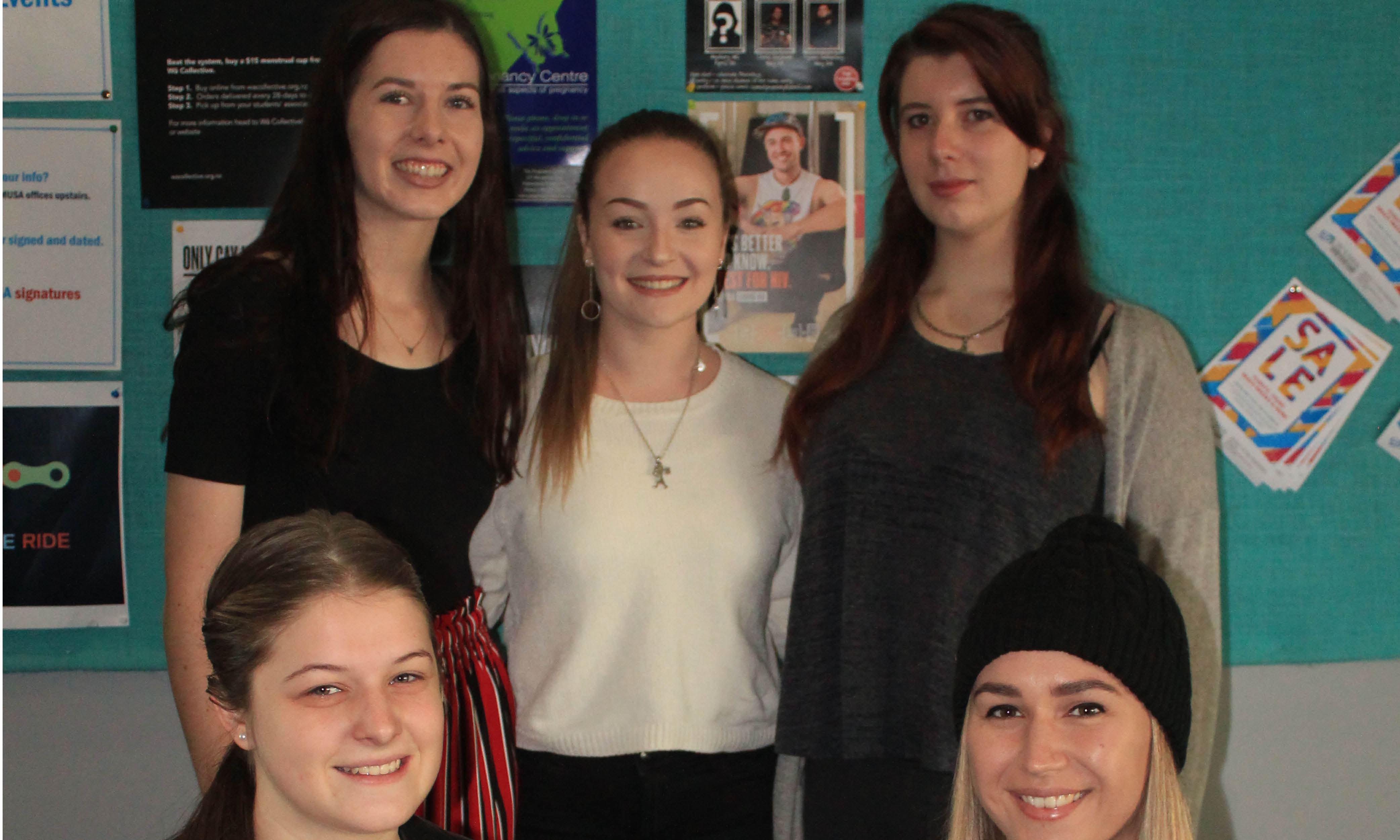 Five students tasked with taking an environmental action for a course project are petitioning for more water fountains to be installed on campus.

Amanda Houlahan, Ace Pilgrim, Phoebe McNab, Rebecca Brown and Alannah Hoskin are aiming to get more water fountains because those on campus are few and far between.

“We wanted to make them accessible, so that if you’re rushing between classes you can just quickly fill a reusable bottle rather than buying one on the way to class,” says Brown.

The students put together a petition.

While their initial goal was to gain 100 signatures, they have exceeded expectations, collecting just over 500 signatures at the time of printing.

“We had people leaving comments on the online petition, past Massey students, even someone from Spain chimed in,” says Houlahan.

As well as online signatures, the students have spent time going around campus and getting people to sign the petition.

“We’ve been going into classes and getting the word out,” says Hoskin.

“We approached Massey’s facilities management, the MUSA President, and the chair of the building levy committee,” says Houlahan.

The students say they’re amazed at the amount of support their project has had.

“Because there’s been so much interest around it, it’s something we can definitely achieve,” says Houlahan.

Brown says the project fell together easily, and the support from lecturers and students surpassed expectations.

“I couldn’t have asked for a better team to work with,” says Hoskin.

Another goal the group has is to get information about the water fountains on the Massey app.

“There’s no info on Massey maps or websites about where water fountains are on campus,” says Houlahan.

“The Massey club Roots and Shoots had started a petition for water fountains in the past and they’ve also contributed massively to this project,” says Houlahan.