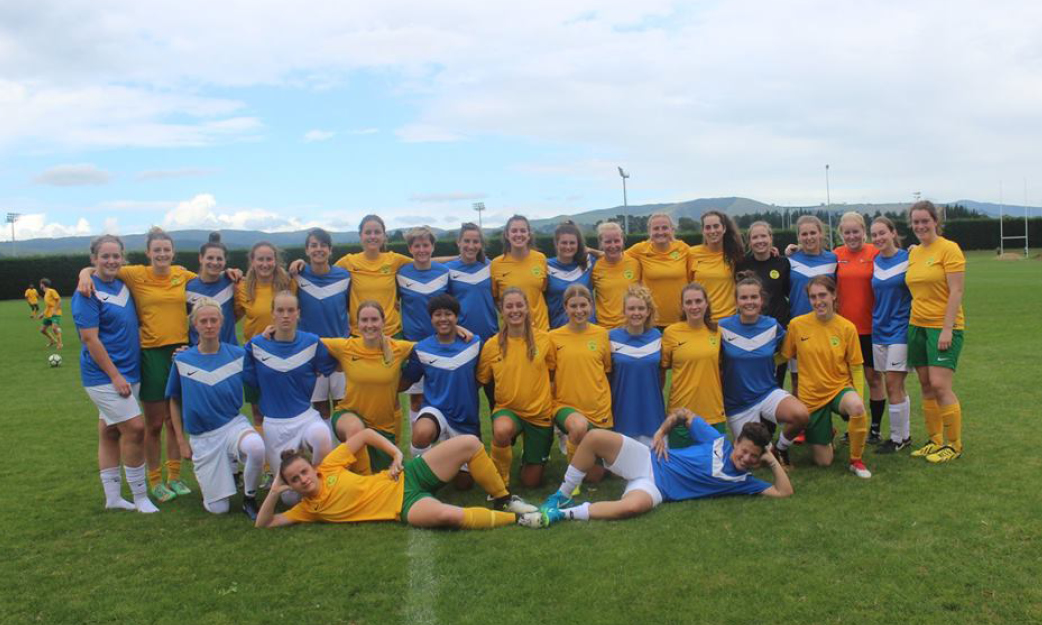 This year has seen an influx of new members to Massey’s football club, which includes both women’s and men’s teams.

“Last year involved a lot of building to get our teams into the federation league,” says Nicolette Adamson, player and club secretary.

“And last year the two women’s teams we had both won their division.”

The Massey women’s team also proved to be strong contenders during the first annual inter-uni game of the year against the Victoria University teams on March 24, despite coming away with a 2-1 loss.

The football club’s achievements over the past 10 years include coming second in the Knockout Cup 3 years ago.

The club started over 80 years ago, and Adamson says that according to the history they’re currently researching, it’s been a hectic record.

Adamson has been with the club for six years.

“In my first year the women’s team was playing in the capital league and were one of the best teams in the North Island,” she says.

Adamson has just graduated as a vet and works in Waipukurau but still finds time for the football club.

Students have tended to stick with the club after finishing their degrees. The longest standing member is Amy Macaulay, now in her seventh year with the club.

“We do have members not from uni, but 70 per cent of our members are students and we have alumni players as well,” says Adamson.

The players are currently looking for sponsors for the club. Playing in the federation league requires players to be able to travel to new Plymouth and Napier for games.

“Costs to run the club are quite high,” says Adamson. “As a uni club we have low fees but a hard time funding travel and things like that.”