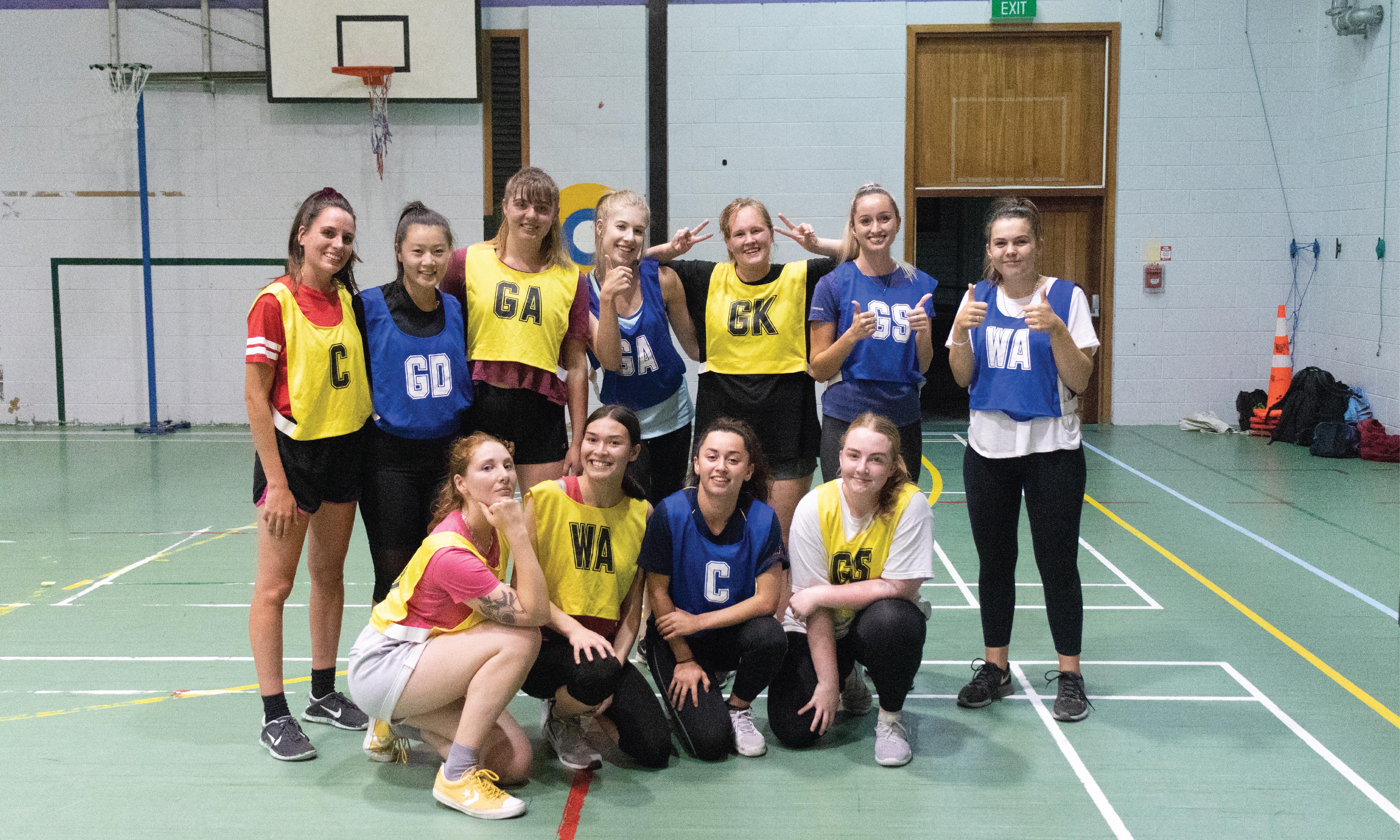 The social sports league has netball, soccer and volleyball teams - the latter of which were introduced this year.

She says the large amount of interest from female students this year meant it wasn’t possible to stick to the previous ‘two minimum rule,’ requiring at least two players of either gender on sports teams.

“Our overall goal has been to get as many students involved as possible. Typically netball has been more popular with girls and soccer with boys, but our goal is to encourage the teams to be mixed and integrated.”

“We would have had to turn away members if we didn’t bring in all-female teams.”

“Netball is great but it is hard to get boys to play, so there’s a lot of female teams.”

Dumper says the games get competitive but they aim to keep it friendly. The social sports league has grown in the past few years from mainly halls teams to second and third-year teams.

“We even have a few Vic individuals playing for us.”

Students from all majors and disciplines are keen on social sports as a way to wind down and have a break from the stress of studying.

Dumper says students keen to join the sports league should get in early for next season.

They are trying to find their own space to play, as teams are currently using the Wellington High school gym.