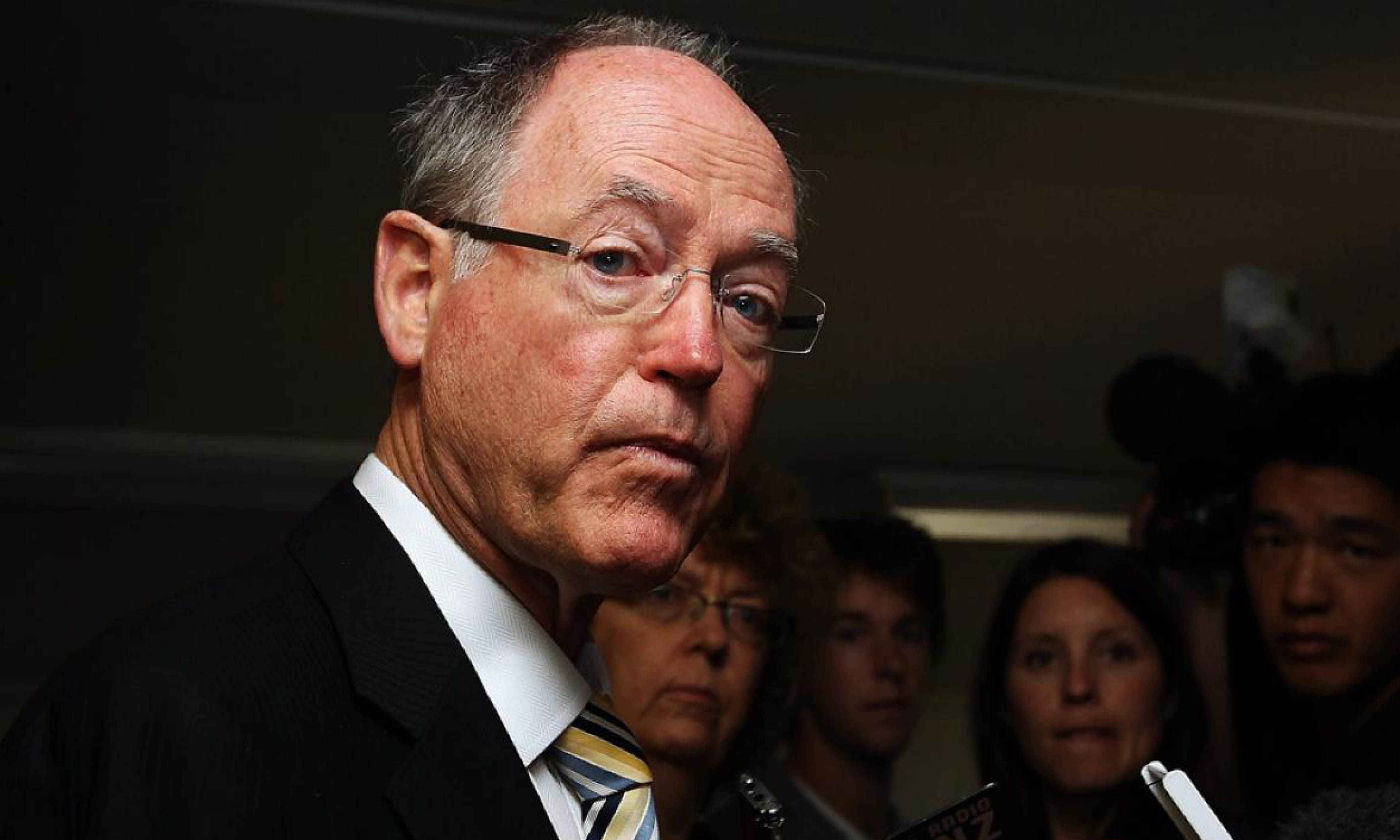 The politics club that organised an event set to feature guest speaker Don Brash on Massey's Manawatu campus say "banning Brash from the campus is unfair".

On Wednesday 8 August, students flocked to protest what they are calling a suppression of freedom of speech.

The protest was organised after a speaking event featuring Don Brash was cancelled by the Vice Chancellor of the university Jan Thomas.

Members of the Massey University Manawatu Politics Society, who had invited Brash to the campus as part of a speaker series featuring politicians of the past, present and future, turned up to support the protest, among other students.

Students stood outside the library on the Manawatu campus holding New Zealand flags and signs with slogans like “don’t hate speech, debate speech”.

The Politics Society spokesman Michael Curtis says, “banning Brash from the campus is unfair, we hosted John Key here in 2016 despite the backlash surrounding TPPA and other issues.”

“We’d specifically asked [Brash] not to refer to Hobson’s Pledge or the Treaty at the event, it’s fairly predictable that someone would have brought it up, but we had security measures in place in case things got ugly. We asked him here to speak about his time as a National leader.”

“We anticipated that there might be issues but didn’t think it’d cause that much of a problem. We were only expecting 20 to 25 people to come to the speaking event at the most.”

Curtis and the club’s president, Christian Houghton, say that the publicity has been great for the club.

The cancellation drew the attention not only of local paper the Manawatu Standard but has reached national news, featuring on Newshub and TV One this week.

“From what we can tell, most people are on our side,” says Curtis. “We’ve had support from people like David Seymour and Simon Bridges…even the Prime Minister has said the decision to ban was wrong.

“Brash is disappointed with the outcome, it’s his loss as well as ours,” says Curtis.

“Massey University Students' Association is helping us decide what steps to take next. We hope to at least get an apology from the Vice Chancellor and ideally be able to reschedule the event.”

National leader Simon Bridges is due to speak on campus on Friday as part of the same speaker series.

He called on Education Minister Chris Hipkins to take action against publicly-funded universities that fail to protect free speech.