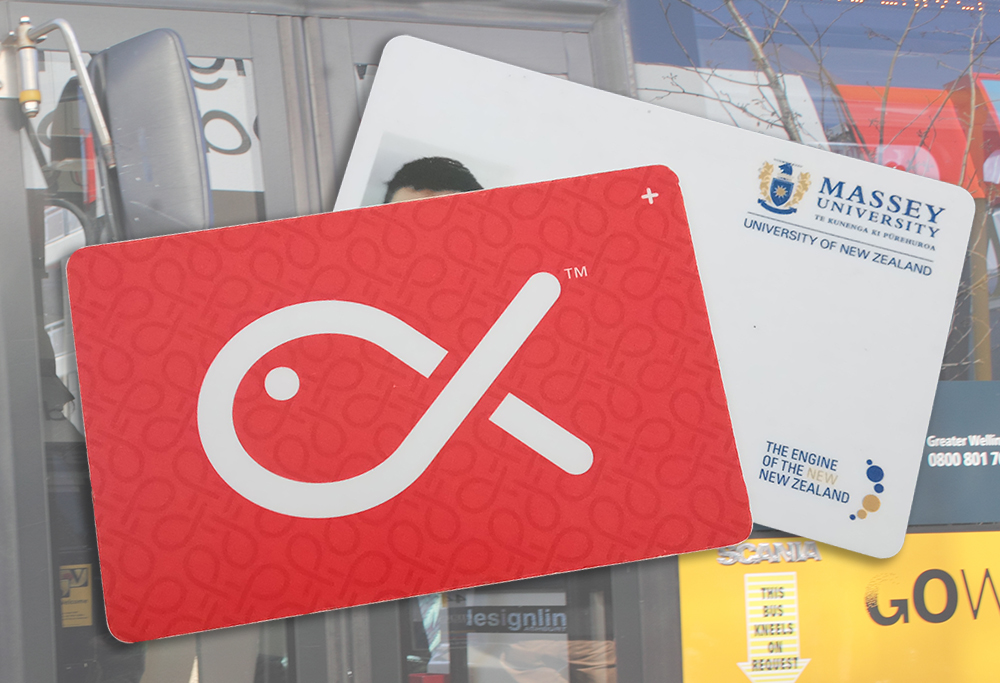 It is unclear how Massey University will enable students to access the new student discount on Wellington buses which comes into effect from mid-July.

The Greater Regional Wellington Council have agreed to implement the student discount after years of campaigning from the Students Association at Victoria University The 25 per cent fare reduction will soon be available to all tertiary students.

Greater Wellington Regional Councillor Barbara Donaldson says student ID cards will need to be loaded with Snapper functionality to access the discounts when they come into effect.

“It’s up to individual universities to put Snapper onto existing student cards,” she says.

However, Massey Corporate Communications Director James Gardiner says “compatibility issues” meant this would not be possible.

Gardiner says the student discount feature would need to be loaded onto student’s existing Snapper cards, but he did not go into detail about how students could do this.

He says Massey University would be communicating instructions to students closer to mid-July, which is when the discounts are expected to roll out.

Meanwhile, the gap between these instructions and the new student discount is shrinking, which may lead to a rush as students scramble to modify their Snapper cards.

Massey student and bus user Hine Tihore says she would like to know when Massey plans on notifying students.

“I need to know when I can start saving money,” she says.

A 3 per cent increase in Snapper fees for everybody will also take effect from mid-July.

The student discount will be deducted from this higher cost for students with eligible Snapper cards. The changes are included as part of an extensive overhaul to Wellington’s transport network including new ‘hubs’ where buses from outer suburbs connect to main lines. Passengers who change buses at hubs will only have to pay for the zones they travel regardless of how many buses they use.