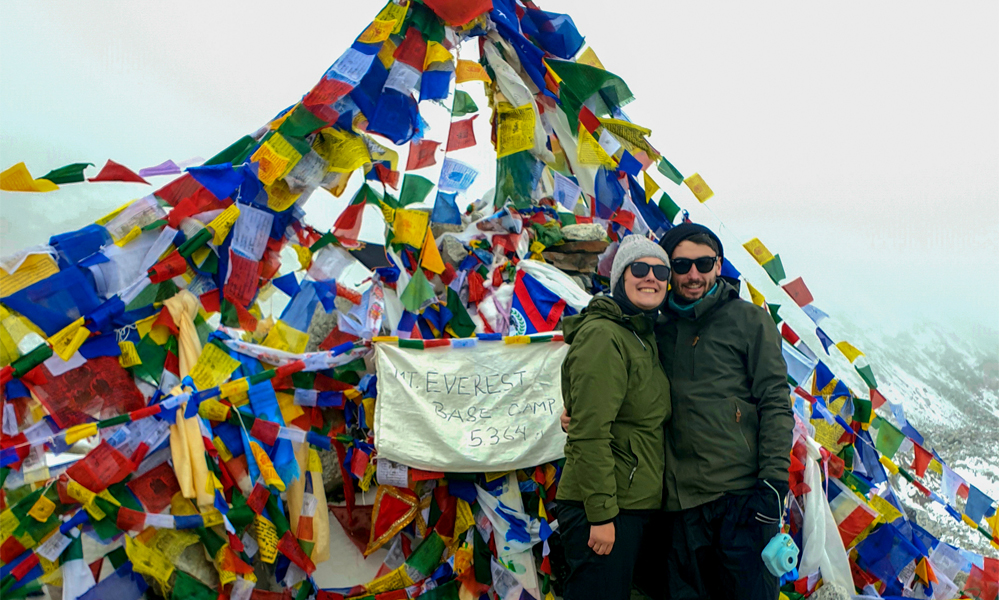 Recent Massey photography graduate Alana Frost captured the experience of a lifetime this year trekking for charity in Nepal.

She said it all started when her partner Ash, an industrial design student freelancing as a street artist under the alias “Chimp”, was asked to paint a mural to fundraise for the Himalayan Trust, which was established by Sir Edmund Hillary in the 1960s.

Fundraisers were able to go to Nepal to trek to base camp and see how their funds helped communities, so Alana and Ash decided to both fundraise for the trust and go together.

In a matter of weeks before leaving, Alana raised $1000 for the trust, which provides clean water to families and funds rebuilding of schools and homes after the April 2015 earthquake.

Alana, Ash and 11 others were flown to Nepal in April to begin the trek to base camp, to commemorate what would have been Sir Ed’s 100th birthday. The trek was organised by World Expedition.

The next 15 days were some of the most challenging and rewarding days of her life, said Alana.

“It was a truly heart-warming experience that 11 complete strangers bonded so quickly over the fact that we were all doing something hard together.”

“It was very special to feel that love and warmth that the Nepali people have towards not only Sir Ed but New Zealanders and the Himalayan Trust.”

It was no easy feat – almost every group that did the track that season had at least one person fall victim to altitude sickness. Low amounts of oxygen at high elevation leads to dizziness, headaches and vomiting, but Alana’s group pushed through and made it to base camp 5380 metres above sea level.

“As a photographer, the thing I found the most challenging was that the scenery and photo opportunities were absolutely beautiful and breath-taking, although at such high altitude with little energy everything is about 10 times harder.”

“Getting my camera out to stop and shoot became the last thing on my mind as I got higher up the mountain and the quality and number of the shots I took definitely reflected this!”

Alana said the experience was challenging and humbling.

“It certainly made me very grateful for the lifestyle and living conditions that we have in New Zealand.”