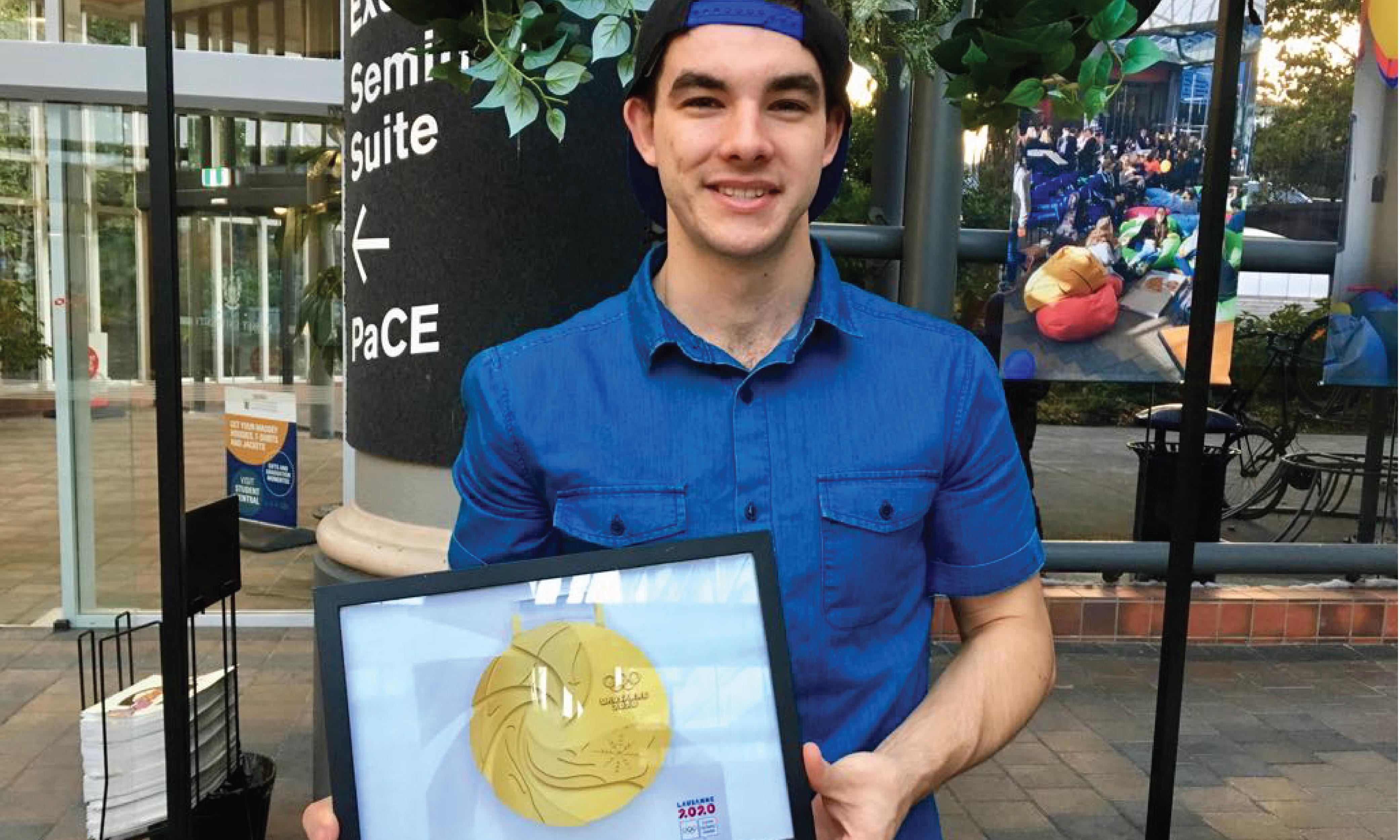 The first New Zealander to design an Olympic medal is none other than Massey second-year creative media production student Zakea Page.

Page’s medal design has been selected for the 2020 Youth Winter Olympic Games in Lausanne, Switzerland.

He has been playing field hockey since he was 6 and was a medallist in the world championships.

“My dream was to get a gold medal in the Olympics one day,” said Page.

It may not be in the way he originally thought, but he has done exactly that.

His entry last year for the Buenos Aires games was not selected but this didn’t deter him.

The design features a swirl and a snowflake to match the Winter Olympic theme.

“I wanted it [the design] to be relevant to today, I was thinking about what the Youth Olympics represents,” he said.

“It stands for excellence and unity in humanity, different cultures, ethnicities, religions coming together.”

Page said he wanted the design to represent unity across cultures especially in light of recent events in Christchurch and in Sri Lanka.

“Unity is important and we’re better together,” said Page.

Page will be flown to the Youth Olympics in January 2020, attend the opening ceremony and stay in the Olympic Village. He will also get three medal replicas to keep—gold, silver, and bronze.

Friend and fellow Massey design student Ryan Ardern rendered the design for Page, whose work is mainly fine art rather than design.

Born to a Kiwi mum and British dad, Page is originally from New Zealand but grew up “all over Asia”. He played field hockey for a Vietnam team during his time there.

He recently returned to New Zealand to study in Wellington after living in China for the last four years.

Page produces fine art, street art and performance art. He is currently planning a solo exhibition for his artwork.