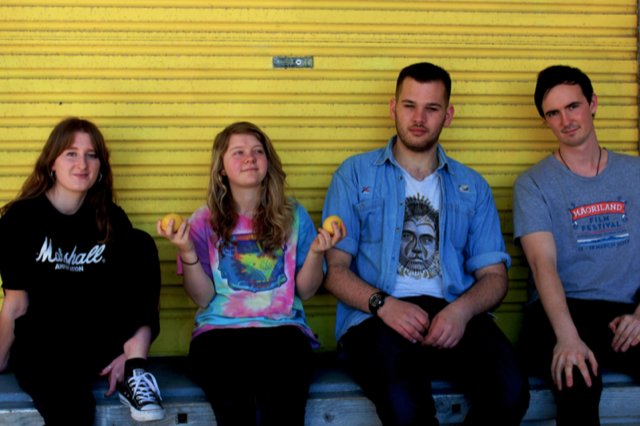 A group of eccentric musicians who met in one of Massey’s classrooms have debuted their very first music.

The band says they formed as a requirement for a second semester paper – and the rest is history.

They describe themselves as funk, synth rockers, with a fresh and distinct sound - like the smell of citrus.

In late October they will go on a tour of the Lower North Island, playing in Wellington, Eastbourne and Whanganui.

Looking to the future they say they hope to continue to tour and craft their sound.

“I could sit and listen to them by myself but I could also go to a concert of theirs.

“Androgynous Lemon seemed to be very self aware and politically engaged with single called ‘Hike Mosking’ and ‘Teenage Cringe’.

“They describe themselves as synth rockers, and I see that. But I also see them as the blasé cool kids I always wanted to be a part of. Their music is fucking fab.”

They remind fans to keep tuned, as you may catch a sneaky EP release next year.