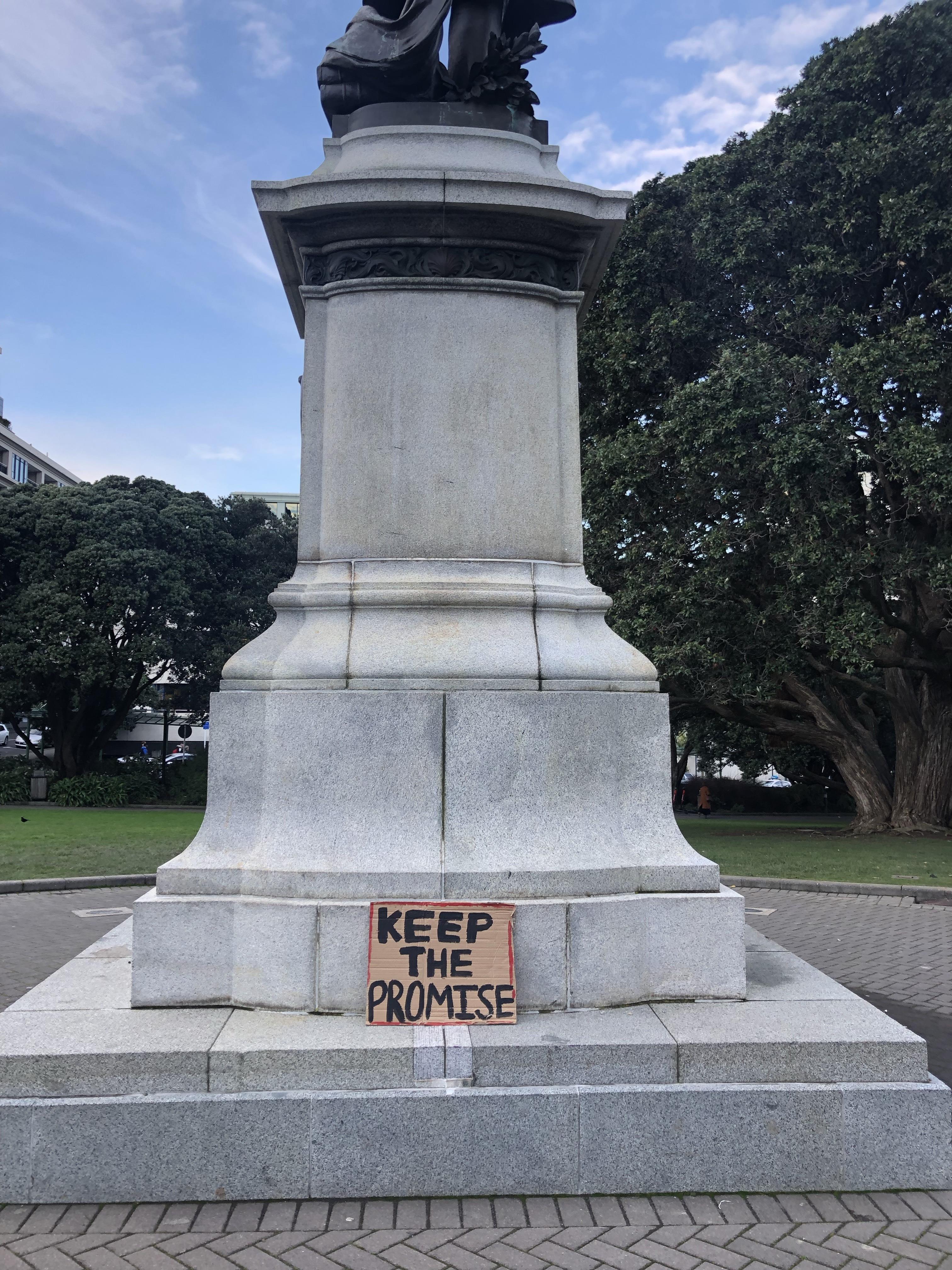 Protest regarding the current issues at Ihumātao, sacred Māori land outside of Auckland has sparked further protest this past week on the steps of Parliament in Wellington.

Massey Students and other youth took to Parliament to show their support for Ihumātao and the Mana Whenua.

The Ihumātao land dispute has garnered huge amounts of support on social media platforms such as Instagram and Facebook, which both allow for youth activism to thrive.

Fletcher Building acquired the land in 2017 from a private owner and are set on building 500 houses on the site. The sacred land was taken from local Iwi in 1865 by the Crown.

Green party MP Marama Davidson said within the house of representatives on Wednesday that the Green’s stand in solidarity with Ihumātao.

Davidson announced how the movement is “the narrative of a young generation” who are the future of Aotearoa and that schools on the land are trying to understand the injustice they are continually faced with.

She then took to Twitter, tweeting “Today we proudly supported our whanau from Ihumātao who made their Hīkoi to Parliament today to defend their land”.

Davidson called the actions at Ihumātao, “the continued colonisation of New Zealand”.

This comes after Wednesday’s protest on parliament grounds by more than 200 supporters of Ihumātao including Massey University students and MAWSA’s Maori executive Hine Tihore.

Local Wellington protester and student Tallulah Ngahuia Martin-Naylor said, “an old woman started singing an old waiata in karanga style, it was rather emotional for us”.

New Zealanders from all walks of life have rallied to support the protesters at Ihumātao, including celebrities such as Stan Walker, Ladi6 and Jess B.

Multiple protesters have been arrested on the land and numbers will continue to grow if the protest continues in days and weeks to come.

There are no plans for further protest in Wellington, although Soul Solidarity Pōneke held a hui (meeting) on Thursday the 25th to discuss future plans in regards to the issues on the land at Ihumātao.

Jacinda Ardern and the Labour Government affirmed their stance on Ihumātao stating that there would be no building on the site until all parties involved came to a mutual conclusion.

If you’re interested in learning more about Ihumātao and other indigenous based issues, there is a Kai and korero event being held in the whānau room T18, opposite Tussock this Thursday at 12pm.