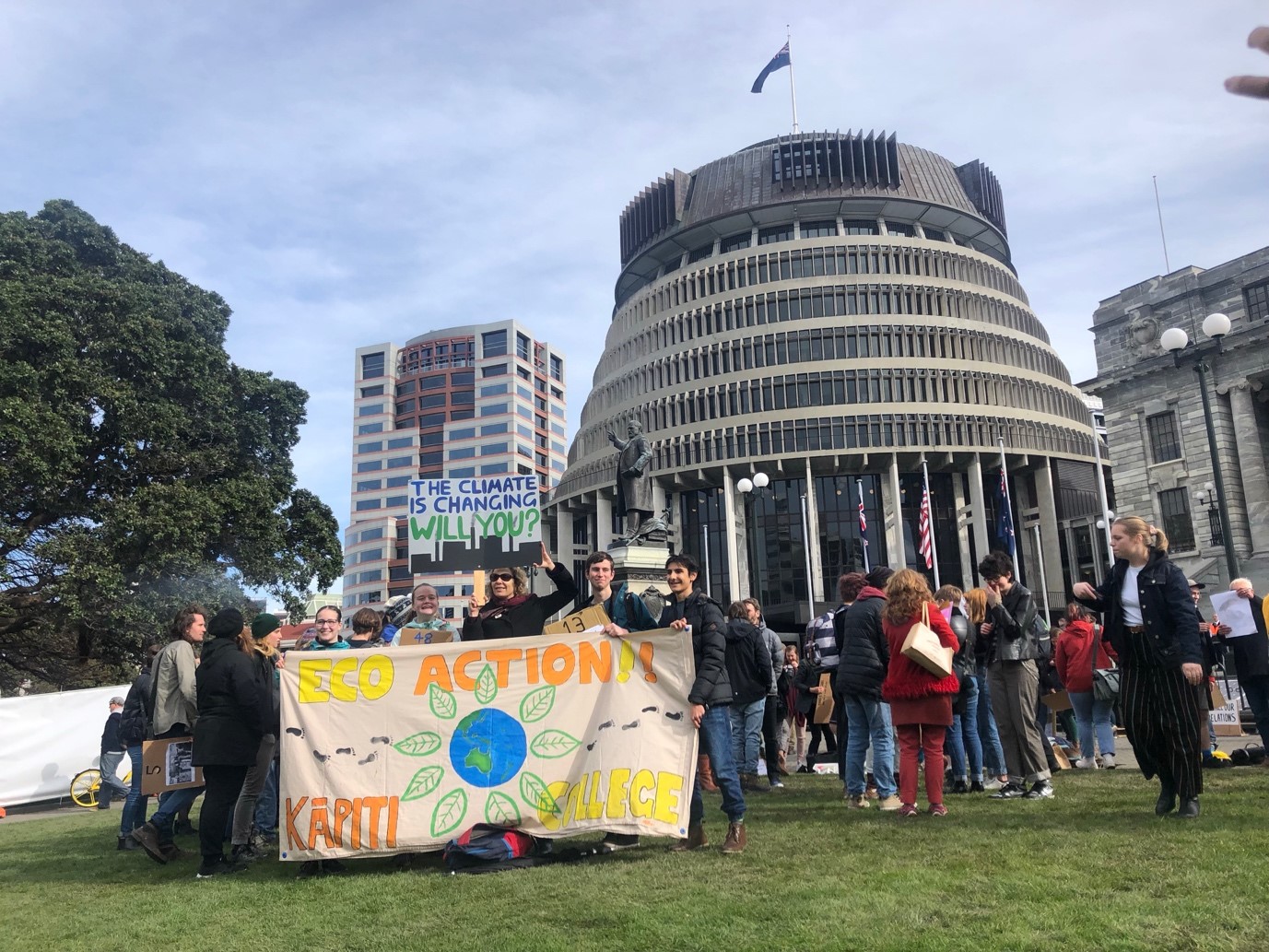 New Zealand youth once again rallied in support of Ollie Langridge and his demands that the Government declare a climate change emergency.

Green and Labour MPs, including TOP party leader Geoff Simmons, stood in solidarity with Langridge on his 100th day protesting outside Parliament.

On his 100th day, Langridge was the first to speak on the steps of Parliament.

“100 days ago, I came out onto this lawn with a placard asking for a declaration of a climate change emergency,” he said.

“I just can’t keep pretending that this stuff is not happening, so I came and I stood here with my sign on the lawn. I refused to move. It was the best thing I could think of at the time.”

The Government is yet to declare a state of climate emergency in New Zealand, although the Zero Carbon Amendment Bill passed its first reading in Parliament this May.

Langridge’s protest has gained traction with multiple MPs showing support throughout the past 100 days.

This includes Green MP Chloe Swarbrick, who in late July took his protests signs into the House of Representatives to further his protest.

Standing on the Parliament steps with Langridge on his 100th day Swarbrick said, “Not only, have we tried to declare a climate change emergency. But as of yesterday we’ve tried to get Parliament to acknowledge Ollie actually exists, and they couldn’t even do that!”.

Swarbrick urged protesters to not leave the protest simply outside Parliament, stating that the powerful protest enacted by Ollie must be brought inside Parliament to be acknowledged by our Government.

The climate change protest started by Ollie is still ongoing. Every Friday at 1pm Langridge and his supporters are planning to fill the Parliament lawn with protesters and their signs to further the protest.

“If history teaches us one thing it’s that change never starts in the center,” he said.

“It starts on the fringes with people who are first dismissed as crazy, unreasonable or ridiculous - until it happens.”