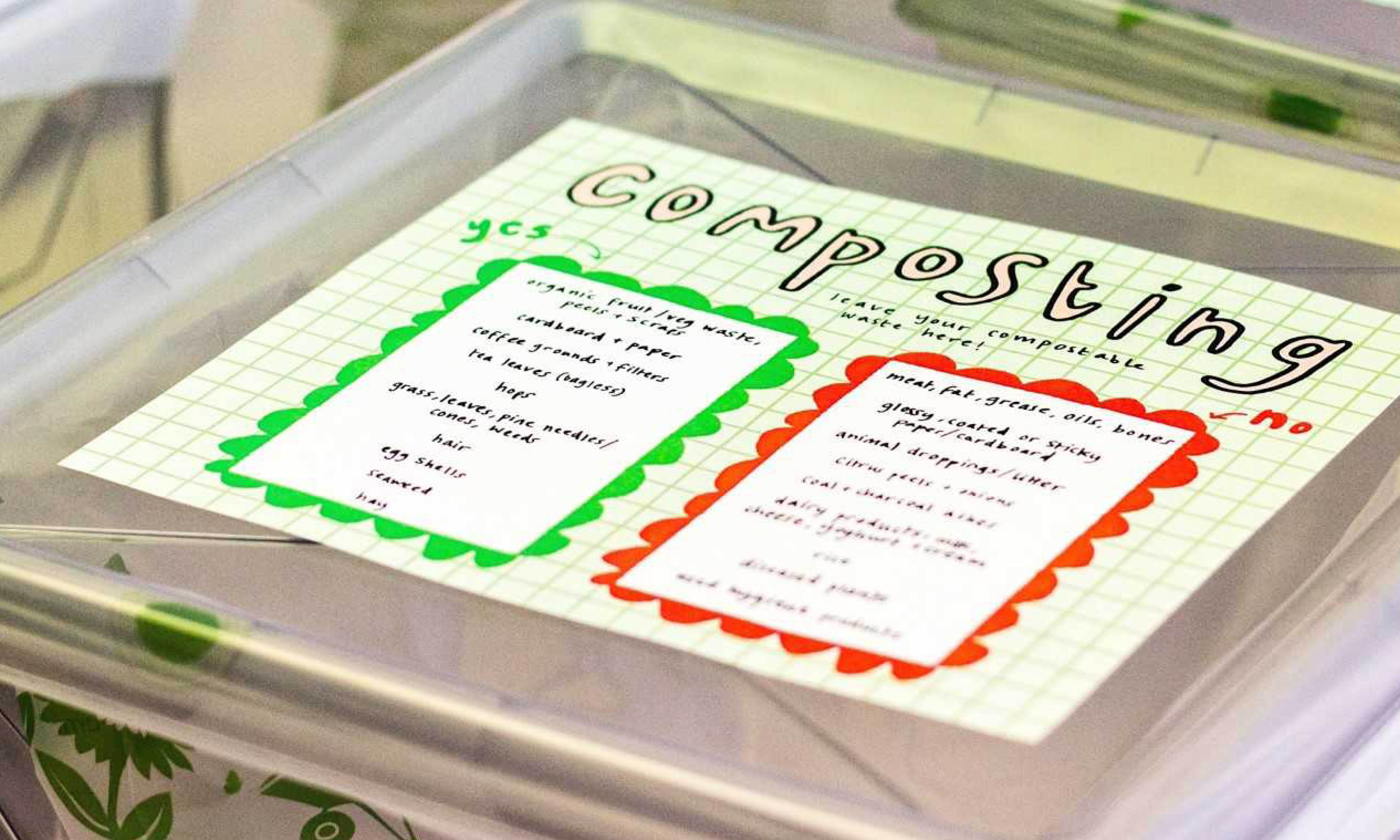 Compost trial to green up campus

Students at Massey University in Wellington could soon be able to compost on-campus after a successful organic waste trial.

The trial went for two weeks in late July and was run by the Greens @ Massey club through Campus Co-Lab.

Greens @ Massey co-presidents Tallulah Farrar and Lexi Mills say they were keen to do something to prevent waste going to the landfill.

“All of the compostable materials, if they’re just going into the rubbish, that’s just turning into methane,” says Mills.

The group placed labelled compost containers in different locations around the campus and monitored how they were being used each day.

“The bins were pretty full after a week,” says Mills.

“When we took them away people would message us and talk to us and ask where have they gone,” says Farrar.

The container in the Lounge, a student hang-out space, was used the most and the content was mainly food scraps.

The club also conducted a survey, which found that 55 per cent of students don’t recycle or compost because they don’t know how or where to.

Marie Larking, project co-ordinator for Campus Co-Lab, says the trial has been successful.

“I think it’s a really good project. It’s quite good because in a way they’re auditing what Massey is doing and reflecting on Massey’s processes and holding them accountable.

“If the project can be preventative or help New Zealand move into a better state of dealing with their waste then I think that can have a really positive impact,” says Larking.

The club is now writing a report based on the findings of the trial to present to Massey and is hoping to have composting bins and more recycling bins installed around campus soon.