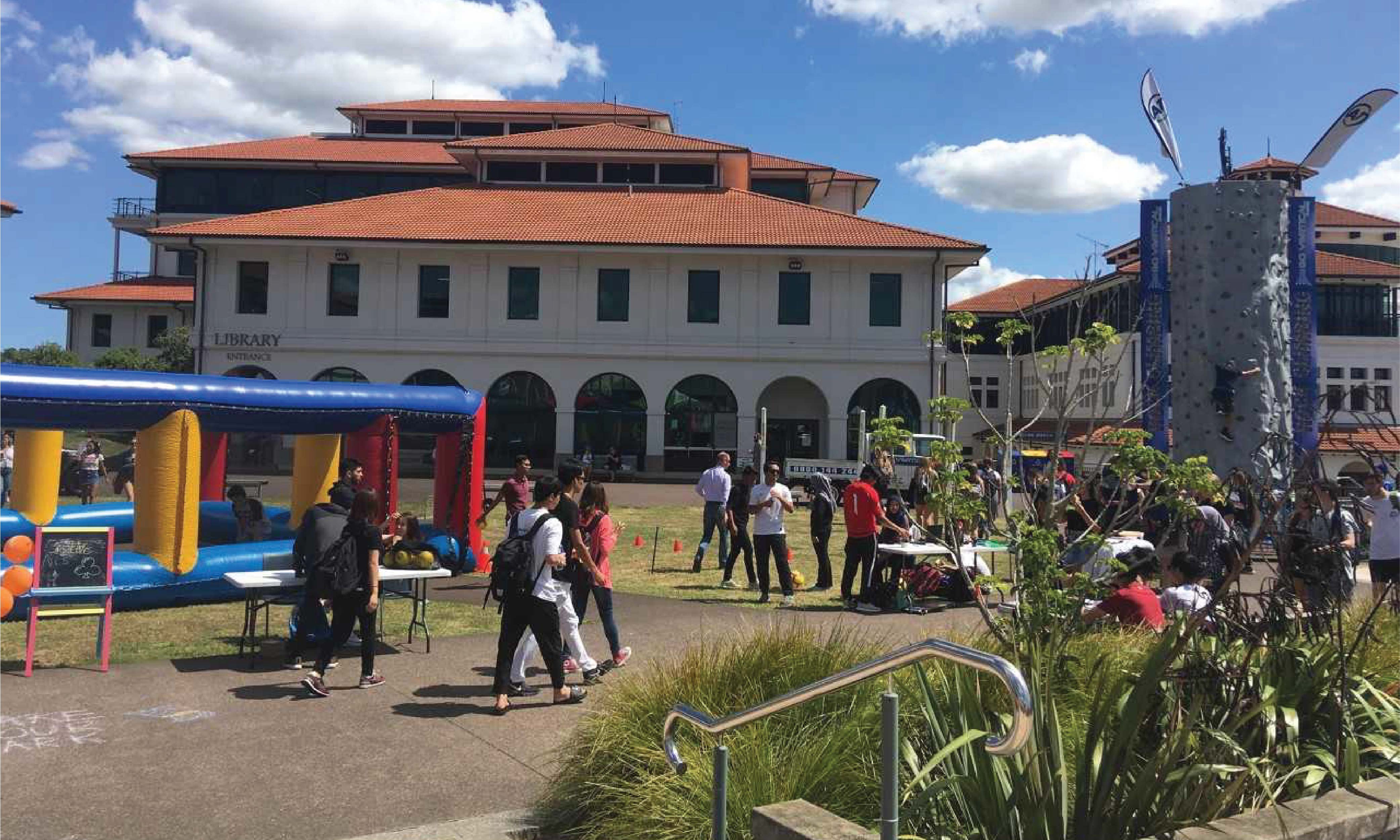 There was an overwhelming turnout for Clubs’ day this year on Massey’s Albany campus.

Students old and new were extremely impressed by the work ASA did. The square outside Student Central was filled with buzz as new students could explore all the available clubs.

Returning student Petra Gough said, “It’s really good how many clubs Massey has to offer, and it seems to increase every year.”

Clubs from aerial arts to politics were all present and students could enjoy a free BBQ organised by ASA.

Another favourite of the day was a climbing wall, along with a bouncy castle and motorised toilet racing.

Prizes were on offer for the person who could ride a toilet go kart the fastest round a track three times.

The Clubs themselves were also extremely impressed with the turn out.

“It was a good Club’s day, hopefully more students will discuss politics over the next year,” a spokesperson for the Politics Club said.

New members were welcomed in all clubs, especially politics as they are hoping to increase student engagement with the upcoming 2020 general election.

The Aerial Arts club was another well visited stall, with their members donning glitter and poles set up for new students to try their hand.

“Tons of people are signing up. Everyone should sign
up because we’re the best club,” a member of Aerial Arts commented.

The ASA executive was also extremely happy with how the day went.

“Clubs day being our busiest day during O week was a blast! It was great to see all the students that were interested in the clubs we have!” said President
Meity Tang.