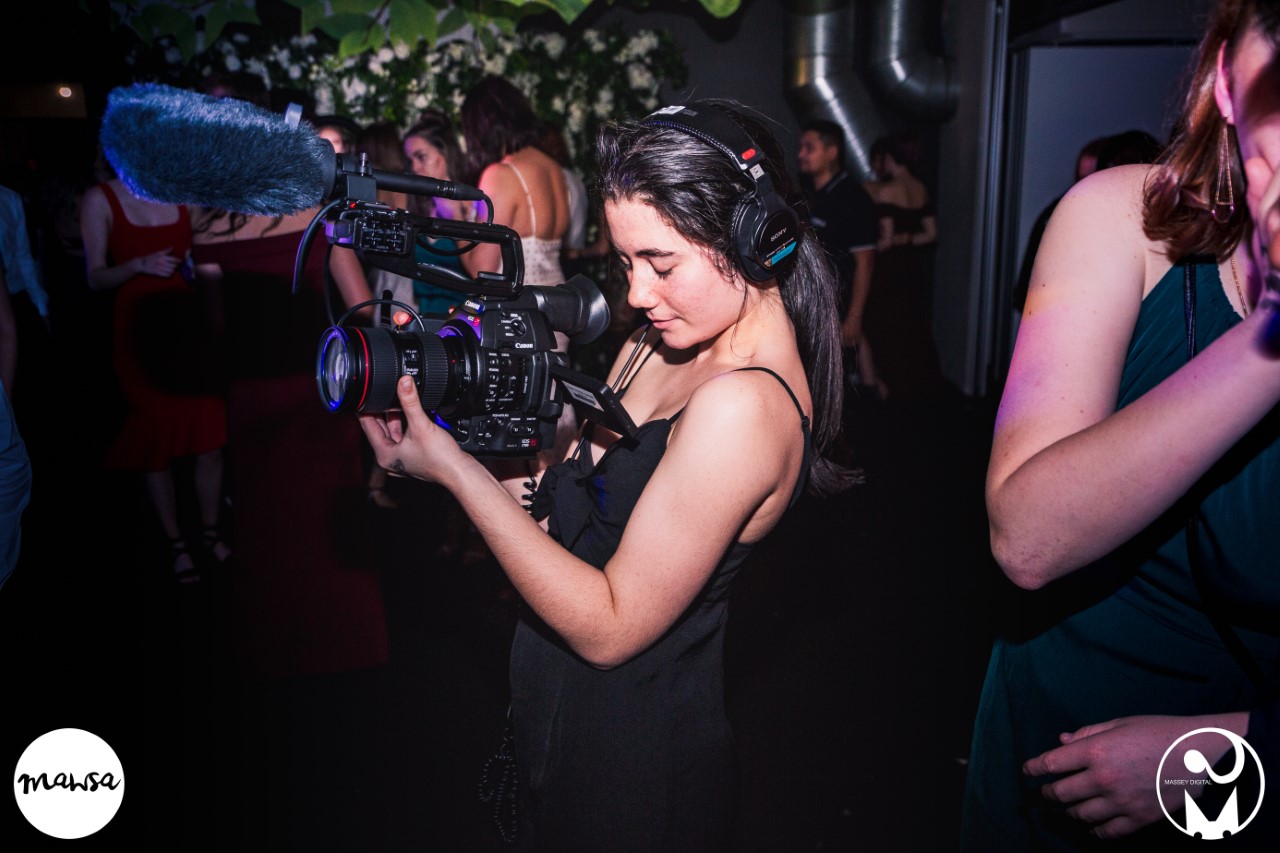 Behind the ball: Massey Digitals’ big night out

The annual Massey Wellington Ball means a night of dressing up and dancing for some and a night of work for others. While more than 400 people attended as guests, one group went with camera gear in tow to create the annual ball video for their third year running.

Massey Wellington club Massey Digital were given the opportunity to film the night’s event, which was held this year on August 9th.

Despite complications with the 2018 ball video, Massey Digital members were excited to be on the job as opposed to attending as guests.

“It’s good experience to work an event that can get a little bit rowdy,” said club member Ashley Love.

Love said she was “too broke to go” to the ball, choosing instead to host this year’s ball video.

Getting to experience the ball sober was interesting, she said.

“It’s the fun of a high school ball, but with more freedom.”

According to Love, the night began with the ball attendees being “too shy or too sober” – but by the end of the night, the guests were practically interviewing themselves.

“Drunk people are interesting to work with. The way they all move around each other, it’s almost like a waltz,” video producer Paris Renalson said.

Last year’s ball video faced difficulty due to conflicts of interest between the club and MAWSA. Due to a much improved relationship between the two groups, this year’s video will not face the same problems, according to Renalson.

Having finished their year’s biggest project, the club is looking to grow. Big events like the ball are great for networking, Renalson said.

“People see us, and they want to know who we are and where we’re from. As large as we might grow, filming the ball will always bring us back to our roots at Massey.”

Massey Digital has almost tripled in size since 2018, now boasting nearly 40 members. The club meets Mondays at 12pm in the Flax and Fern room.