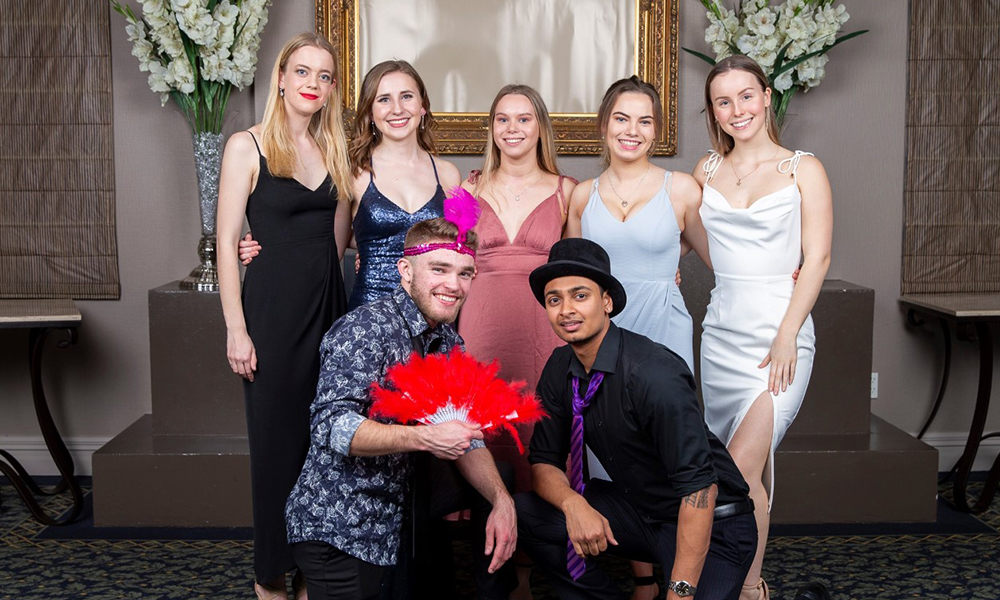 On Saturday 24th August, Albany students abandoned their 8am lecture attire of pyjama pants and a hoodie to dress glamorously for the Albany Student Association’s annual Ball.

Sorrento in the Park, situated in the picturesque Cornwall Park, was decorated in Roaring 20s inspired décor that provided excellent photo opportunities and a space for attendees to blow off steam at the end of the first half of the semester.

Following the success of last year’s Floral Ball – an occasion that broke Albany’s tradition of disappointing, overpriced ball nights – there was a lot of pressure on this year’s executive team to ensure the perfect event.

ASA continued last year’s successful promotional campaign of posting a ball-related photo shoot to their Facebook page. While this definitely gained traction for the ball, numbers were lower than last year. This was presumably due to the ball’s placement on the same day as Massey Albany’s Open Day and the very beginning of the mid-semester break.

The food was a definite highlight, specifically amongst the dubious boyfriends roped into attendance. The free drink token included with each ticket also worked to put ball attendants in the mood to party.

Attendees were free to dance to their heart’s content with the DJ providing a tasteful mix of modern electronic bops and old-time classic bangers. Throwback dance tracks such as ‘Teach me how to Dougie’ and ‘Gangnam Style’ were met with mixed reception while the ‘Macarena’ was an all-time favourite.

The photography also remained at the high standard of last year, straying from the disaster of 2017’s blurry shots and shameful Facebook apology. Released on ASA’s Facebook page, photographs were easily accessible and allowed students to tag each other in some of their more questionable shots.

The prizes for best dressed male and female, an award for best dancer, and spot prizes under guest’s seats were a nice touch. The prize ceremony was towards the end of the night so the awards felt well-deserved and didn’t break up the flow of the evening.

The ball’s success can be attributed to the hard-work of the ASA team, led by President Meity Tang and Vice-President Sabrina Latif.

“The ASA Ball definitely took a lot of time and preparation beforehand,” Meity explained, “But when it comes to the actual night, all our worries go away when we see students enjoying themselves.”

The students certainly did enjoy themselves too.

“The ball was such a beautiful event, a great way to end the first half of Semester Two and spend the night with my friends and new family,” Attendee Ashley Bennett said.

Overall, it was a very successful night and a welcome distraction from the upcoming assignments and examinations that the next half of this semester will bring.