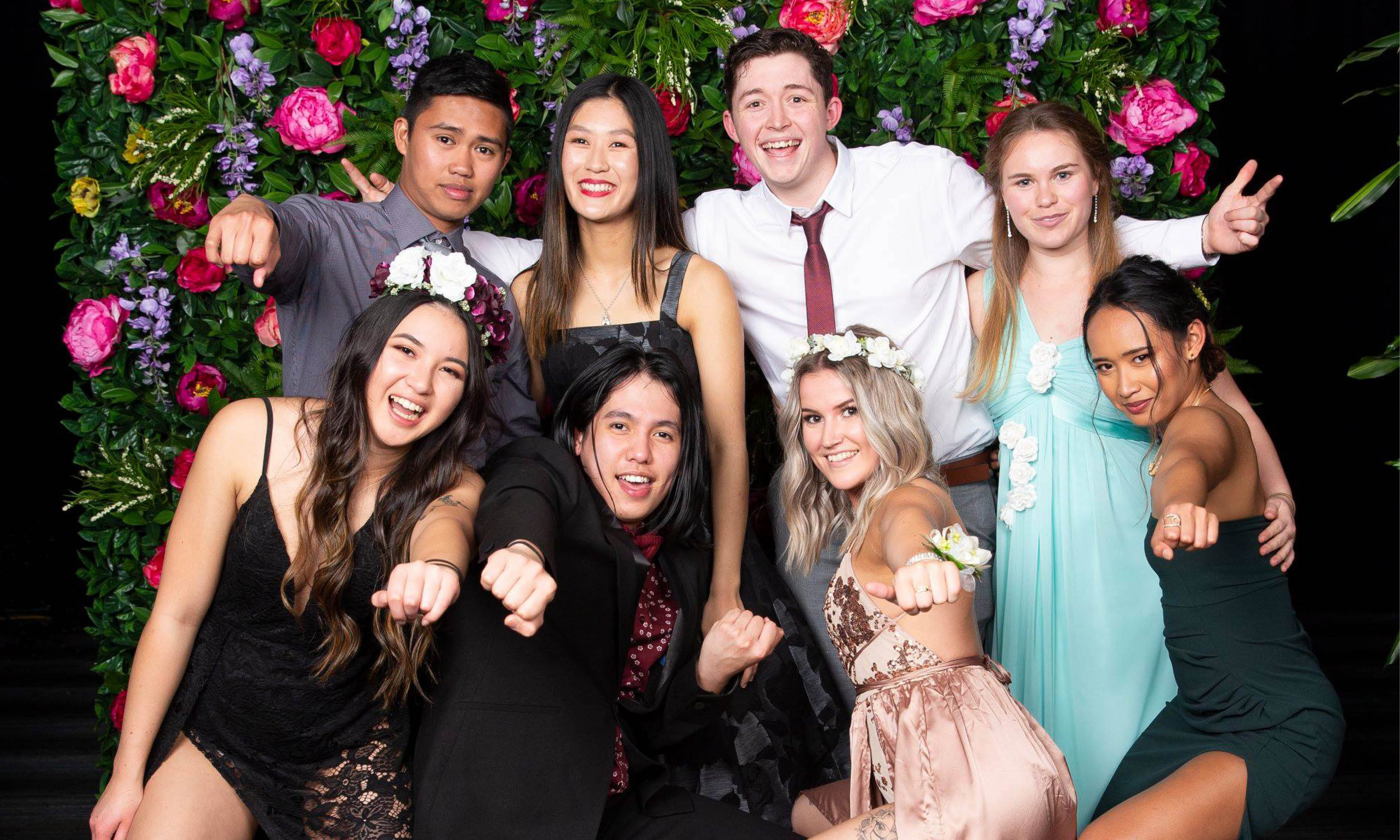 ASA Ball 2018: The year students got their money’s worth

The Albany Students’ Association’s (ASA’s) floral themed ball atthe end of August was an undoubtable success, with the night exceeding the expectations of attendees.

After two years of the event being below par and leaving students feeling ripped off of their ticket money,the 2019 ball committee and ASA team ensured that this year was an exception.

Organisers created a beautiful promotional photo shoot that was consistently filling the Facebook feeds of students, so the night was fully sold out.

The floral theme left no corner of the room untouched from the petal path into the event, the full flower backdrop, and bunches of hanging roses from the roof above every table.

ASA President Jason Woodroofe confirmed that over $1000 was spent on real flowers for this décor, which included daffodils and tulips.

An extra perk, guests got to take these home, making for very fragrant bus trip back to campus.

A selling point for the event was the buffet dinner that was included in the ticket price, even though the entry fee was cheaper than the last two years.

Despite the cheap price, the food was a flavour some feast with a good amount of options including curry, lasagne and a huge honey infused ham.

Filling the stomachs of guestsmust have been the trick that got everyone up on the dancefloor, which remainedfull until the nights end at midnight.

This was also kudos to the DJ,who had a perfect balance between club jams, 2000s anthems and Kiwi Classics.

While he did hit a low by playing Baby Shark, he assured the crowd that this was a request.

Even when his set was interrupted by awards, something that tends to be a dragged on experience tainted with awkwardness, Woodroofe and ASA Vice President Venya Patel kept the room hyped up an engaged for their short and sweet prize giving.

The prize for the best dance moves went to an exceptional back-flipper, and the best dressed award was championed by a gentleman in a snazzy floral jacket.

They even had an award for the person who found a golden chicken wing under their chair.

To top it all off, the committee hada professional photographer taking the photos, amounting in several Facebookalbums for attendees to sift through.

This is worlds away from theblurry photos and Facebook apology that came after last year’s ball, where manystudents’ dress up efforts were left uncaptured.

The only reoccurring complaint from this year was that the drink prices were too high at $9, however the larger beverage selection compared to previous years was appreciated.

It is safe to say the ball committee and ASA have set the bar extremely high for next year, creating a fun, vibrant and extravagant event that reflected a true end of semester celebration.