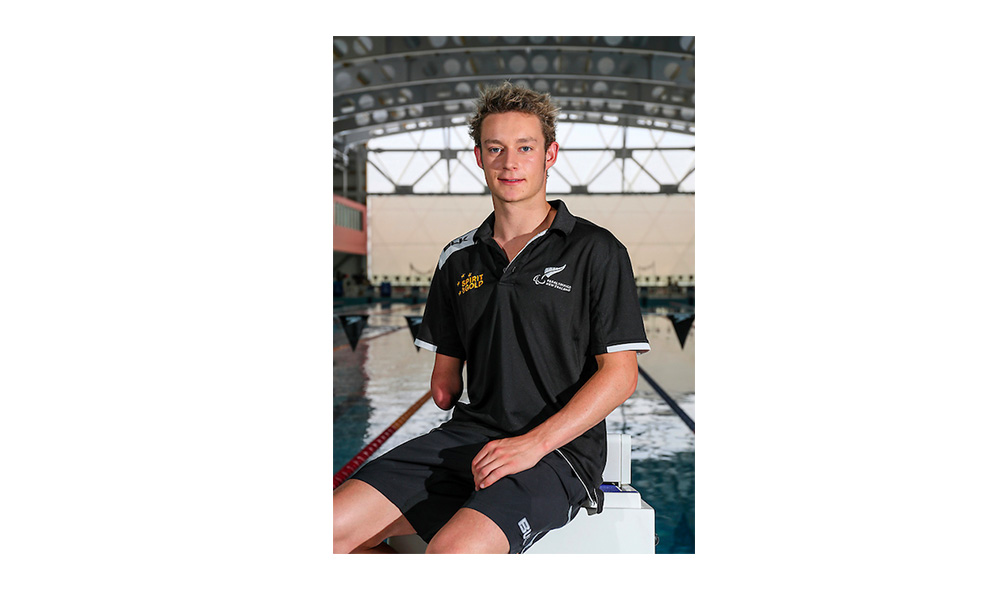 On Saturday 24th August, Chris embarked on his journey to London to compete in the 2019 World Para-Swimming Championships. The competition runs from September 9th to 15th and is a key qualifier for the Tokyo 2020 Paralympic Games.

After missing out on the Rio Paralympics by 0.2 seconds, Chris is eager to compete in London and have the chance to accomplish his long-term goal of making it to Tokyo.

“I’ve made it to the world championships and I’m very excited to prove myself,” Chris said

Chris, who was born with no lower right arm, took up competitive swimming in 2010 when he was age 12. By 2013, he and was asked to join the high-performance Paralympics New Zealand Team.

Originally from Palmerston North, Chris said that he started swimming to be like his father.

“I’ve always seen him as a role model and wanted to do the sport that he loved so much. When I started, I really wasn’t taking it that seriously but now it’s a huge part of my life and that has definitely changed me.”

Chris strives for success in all aspects of his life, but competitive swimming definitely requires an unparalleled level of discipline and dedication; he trains over 20 hours every week.

“All sport, if you’re doing it professionally, is a hard thing to commit to,” Chris explained.

Competing in both swimming and para-swimming events means that Chris has seen the different reception to both. While attitudes towards para-sport have certainly improved over recent years, Chris still encounters many people who hold misconceptions about what it means to be a para-athlete or compete in the Paralympics.

“People don’t really know a lot about it [the Paralympics], or about para-sport in general. I think the difference between the Olympics and Paralympics in that people go to the Paralympics to watch us do something because they don’t think we can.

People watch the Olympics to see the world’s best athletes in a given sport, while they watch the Paralympics to say, ‘good for them’ — not really looking at us as serious athletes.”

“I still get people saying, ‘great job mate’ to me for no real reason” he laughed, “Some people act like I should get a medal just for existing.”

Chris has always attributed his success to having a positive mindset and is very grateful for all the opportunities that swimming has granted him.

“Swimming has opened up so many different opportunities for me,” he said.

“I’ve been able to travel across the world and experience so many different cultures.”