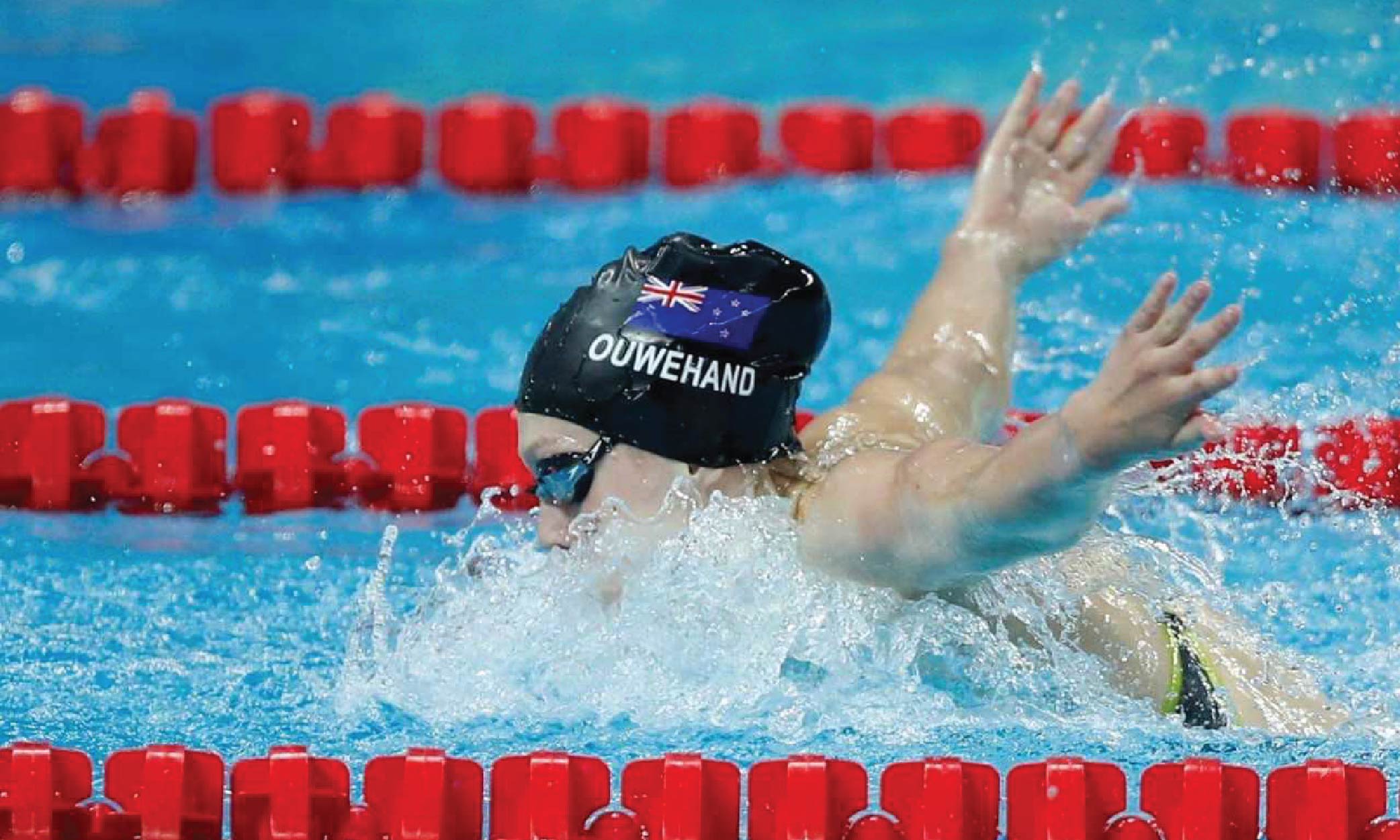 The competition spanned over six days and was advertised all over the city. Hazel, as she is known to friends, remarked that it was, “really cool to see banners all over the city highlighting the world championship.”

Swimming for New Zealand was an amazing experience for Hazel, not just within the pool, but for the scale of competition; Hangzhou was the largest competition that Hazel has competed at so far.

“[It was] very intimidating, especially with all the Olympic and Commonwealth Athletes. It was an amazing thing to be swimming against such high calibre athletes. Definitely being able to watch the higher athletes gives me an idea of the calibre needed to be successful in this sport,”
Hazel said when asked how it felt to compete on such a large stage.

The level of competition was clearly very high, and Hazel remarked that seeing athletes such as Katinka Hosszu from Hungary was incredibly inspiring for what she wants to achieve in her upcoming swimming career.

In the last year, Hazel has been juggling swimming as a full-time athlete whilst also studying part-time for her Bachelor of Accountancy and working as a swim instructor. Her long-term dream of being a chartered accountant whilst aiming to compete at the 2024 Olympic Games in Paris, France are likely to become a reality with her dedication.

Hazel is also a recipient of a Prime Minister Scholarship for high performance athletes, which aids them in funding their academic careers for when they end their sporting careers. This helps by funding their tuition fees and contributing a small amount towards living costs - because of the time required for training, studying full time is difficult and students are often ineligible for student loans.

Hazel swims between 8-10 times a week for two hours at a time in the pool, not including her sessions in the gym. Yet, her coach is still able to accommodate her busy timetable which allows her to achieve excellent grades as well as swim times.

Hazel’s focus towards the future is on the World University Games in July of 2019 which are taking place in Naples, Italy and is optimistic towards her university and swimming careers.