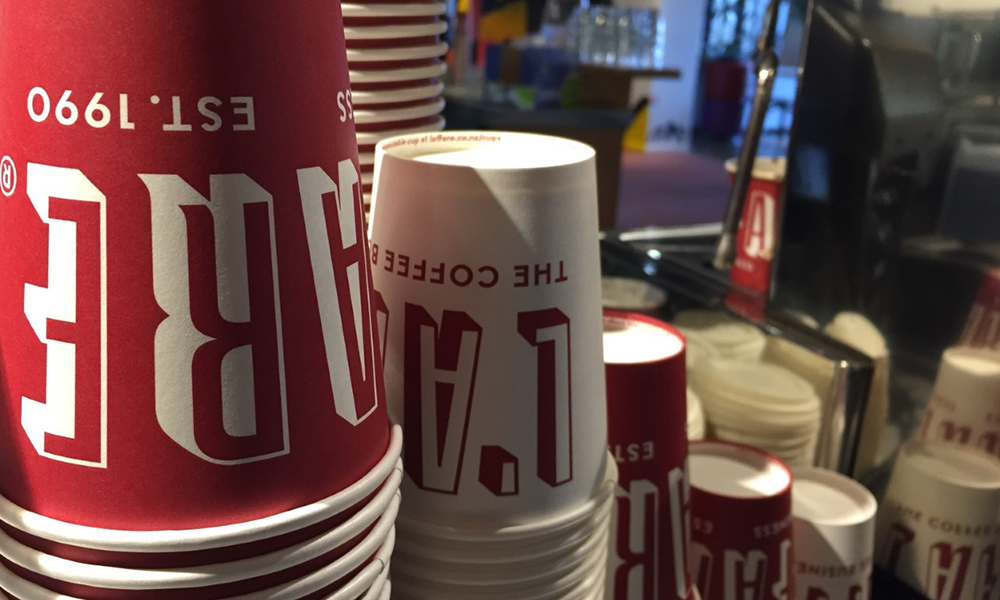 Add it to the pile: Compostable packaging to be sent to landfill

A recent decision to ban coffee cups going to the city’s compost centre won’t affect Tussock Cafe too much because of an increasing number of their customers bringing their own takeaway coffee cups.

Tussock Cafe customer service manager Cory Anderson said although their commercially compostable takeaway cups will now have to go to landfill, business won’t be affected due to Massey students and staff being so environmentally conscious.

Anderson said that students are becoming increasingly aware about the decisions they make when in the cafe - including some who will choose to have their coffee in, instead of taking away, if they’ve forgotten their takeaway cup.

“We offer 20 cents off for those who bring in their own takeaway coffee cup, so that’s a good incentive,’’ Cory said.

Wellington City Council announced in late June they would no longer accept any compostable packaging that contained polylactide (PLA) or cornstarch - which includes biodegradable coffee cups and bin liners.

The organisation that certifies the council’s composting system said this is because these compostable items don’t benefit the compost, and PLA and cornstarch-based materials are extremely hard to break down in big batches.

However, the council said they will continue to accept many other compostable products such as compostable cutlery and packaging made from bamboo or sugarcane.

Much like the banning of single-use plastic bags, the council thinks their initiative will be revolutionary in terms of phasing out single-use packaging altogether.

Bachelor of Communication student Micky Slimo can see the benefits of the ban.

“Businesses such as cafes have a responsibility to the environment to ensure they have sustainable practices in place; and single-use items, such as a takeaway coffee cup, go against this responsibility anyway,’’ she said.

“It’s the businesses’ responsibility just as much as it is the city council.”