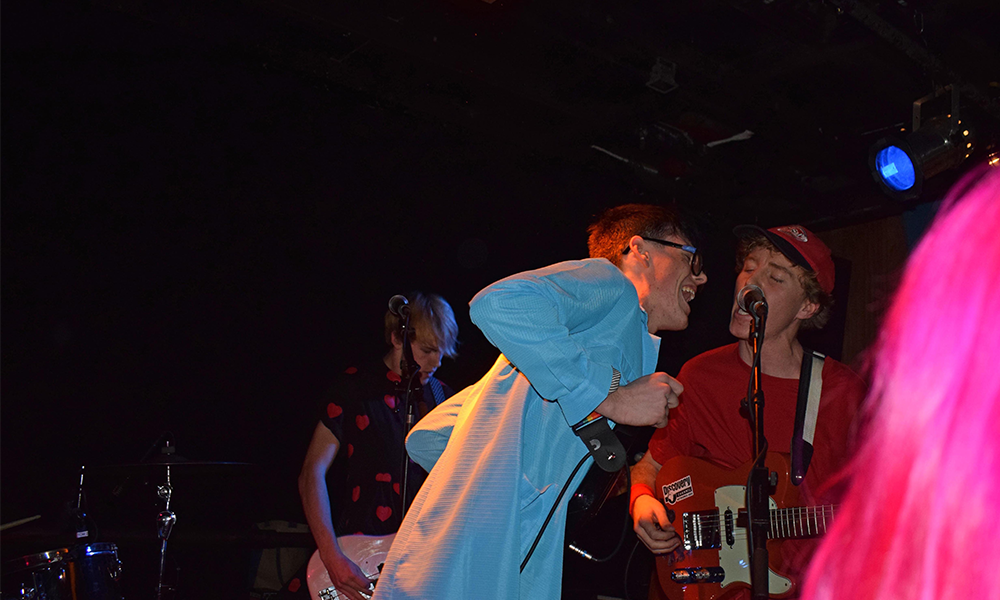 Since forming in May 2018, local band Macho Macho have opened for delicious duo The Garden and gained a fairly reliable Wellington following.

Massive saw the seemingly unstoppable Macho Macho play a mid-week set at San Fran a couple of weeks ago and managed to land a virtual date with guitarist Logan McAllister earlier this week.

Theirs is a heart-warming Massey fairytale that began on the first day of their Commercial Music degree when Dayne Robinson, Connor Lyttle, Lachlan Byrne and Logan McAllister met.

San Fran on a Wednesday didn’t make the cut of favourite band moments so far, but the band said opening for The Garden definitely did.

“The first time we played ‘Climb A Tree’ at the O-Week show, and during the stop, everyone started chanting our name.”

Logan says their music can be described as “Confused Pop”, for lack of a better term.

“We just want to make people dance,” he says.

Though only one member of the band (we forgot to ask which one) now attends Massey, Logan had only good things to say about the university.

“Uni was great for facilitating the growth of our band as it gave us a platform to explore our creative potential in an environment where we could just be as loud as we wanted and play as much as we could, which helped us a lot when we were still getting to know each other,” he says.

If you didn’t make it to either of those shows (or even if you did), this is the perfect excuse to head along to the next one – coming to a town near you in August.