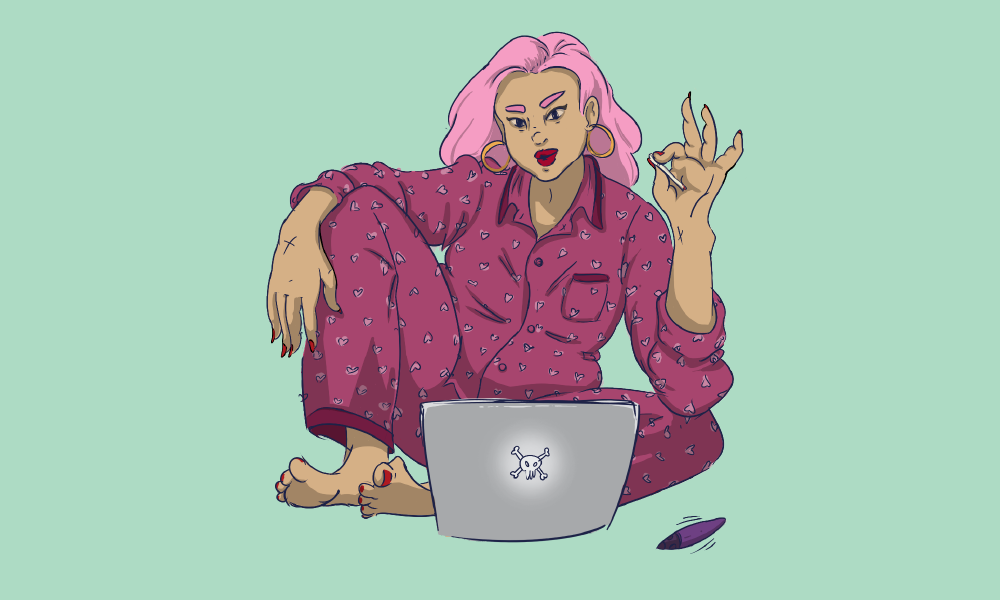 Sex numbers. Who counts them? Do we look down on people with higher sex numbers? Does someone’s sex number even mean anything? What’s my sex number? Funnily enough, this has been coming up in a lot of conversations this year. Me being The Unlonely Woman, let’s talk sex numbers.

Since I started having sex I’ve counted the number of men I’ve slept with. I didn’t keep a list, however one of my best mates asked me how many people had I slept with - so me being me, I made a fucking list. Every time I have sex with someone new I will add them to the list. Not because I want to keep what some would say ‘score’. But because I generally want to be able to remember. I mean shit, sometimes I’ll put a code word next to their name so I know exactly who it is. Like I have had sex with two guys with the same name, so next to one of them I have ‘(dog)’. Because sis and sir - no one forgets a man with a dog. Dogs are everything and, in all honesty, can seal the deal because I’m like shit, if you can look after a dog then you’re a stable man.

So, what I’ve noticed in the years I’ve been sexually active is that very little people care about someone’s sex number. Don’t get me wrong, some do. I’ve heard stories - like how one of my male friends was dating a girl and when she found out he had only slept with 11 people, she looked at him differently. Why? Why does someone’s sex number matter? Just because someone’s had 0, 5, 20, 100 sexual partners don’t mean they are any less of a person than you or me.

I always get asked this question about whether or not it even matters. My answer. No, it fucking doesn’t. Why? Because what does my sex number have anything to do with what kind of a person I am? Like, when I start dating a guy now I don’t even ask. Because I blatantly don’t give a fuck about their sex life before me. I mean shit, as long as you ain’t fucked any of my mates then we’re sweet boo. Don’t get me wrong, a few years ago I would ask the guy I was dating because well, I’m just a nosey fucker. I’ve met guys with numbers over 1,000 and some with just 1. I don’t look at them any differently to the other.

The amount of people you have or haven’t slept with does not validate your existence. It means sweet fuck all. Having a low or high sex number won’t help you get your dream job, it won’t make you pass your driver’s test, it won’t help you pass that exam and it definitely won’t help you find your forever partner. It literally means nothing. It’s kind of funny because the people I personally have met who shame others on their sex number are the ones with less than five. They think that because they have a low number it means they are pure and the forbidden fruit. You just slut shamed someone…you ain’t shit.

What’s my sex number? Nah. None of ya fucking business. I personally don’t think it’s that high. Contrary to what people think, just because I have this column doesn’t mean I fuck everything that comes my way. But even if I did, why does that matter? Why do you think you can value me any less? Like I always say, as long as you’re safe, happy and not hurting anyone do whatever the fuck you want. Like, you focus on yourself boo. Lastly, use protection. Pull out method doesn’t work. Plus - watch the second episode of “The Unlonely Woman Unleashed” on Massive Magazine’s Facebook page to learn all about STIs and their symptoms.