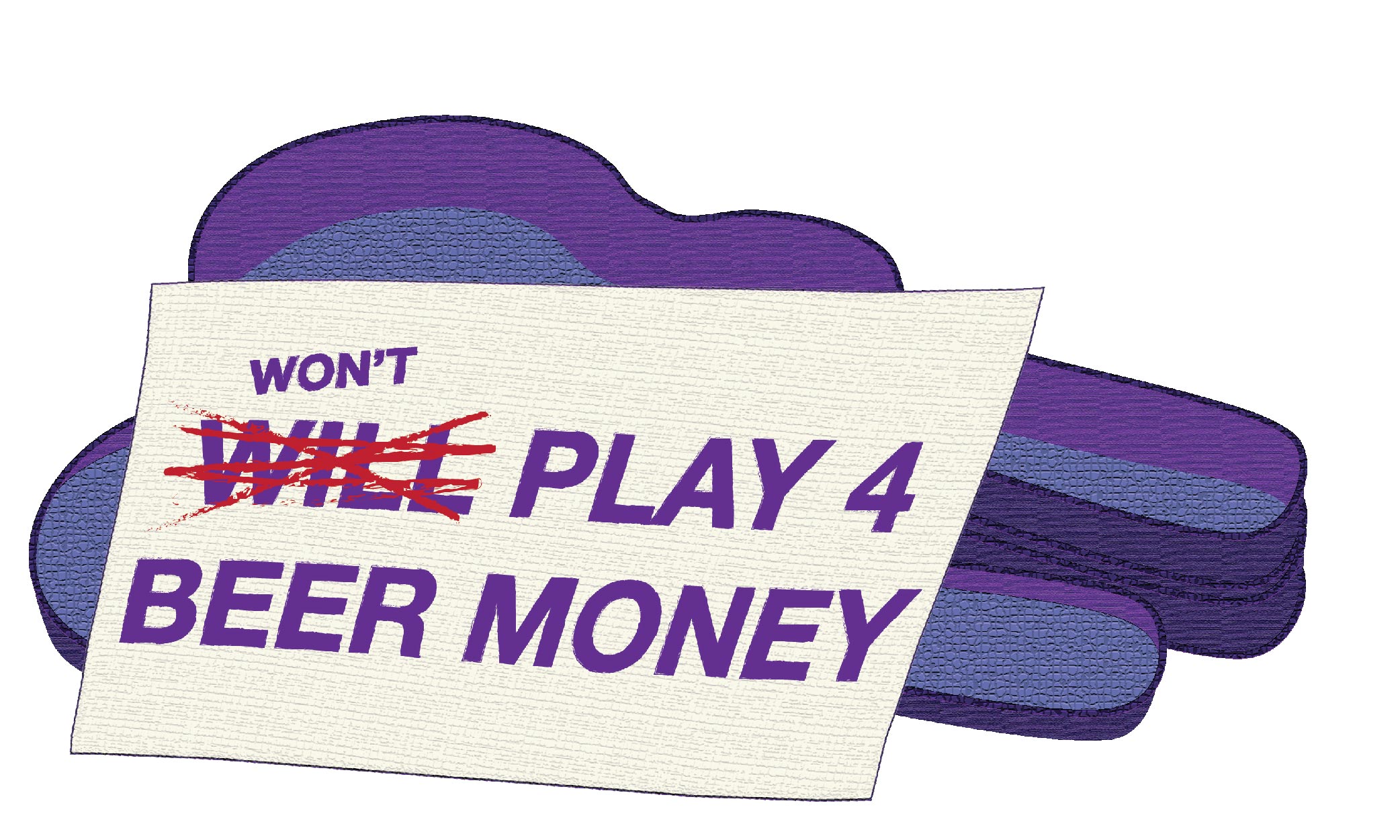 Wellington has a vibrant and thriving young music scene, renowned across the country and internationally. I’m sure we can all agree that our artists have provided us with countless enjoyable nights out, from a midweek mosh at San Fran to Saturday psytrance at Valhalla.

But these artists and bands aren’t often getting much in return.

For young bands trying to make it big, or even just make a living, costs can rack up. Things such as posters, gear maintenance, music videos and travel are all costs a band needs to cover in order to get their name out there and build a following.

“I can’t even count the amount of gigs I’ve done where payment doesn’t involve legal currency but rather beers, or chips with cheese on them,” he said.

The arts are often viewed in our society as something that can be created out of pure passion and enthusiasm for the subject and the costs involved are easily overlooked by the consumers.

This attitude means that artists often struggle to break even, let alone make a profit.

“It’s something that every artist knows but buries in order to keep going - if they thought about it they’d get depressed and not be able to make anything,” said Luke.

The standard door charge to see two or three artists play in a night is $10, but even charging entry doesn’t guarantee the artists fair pay. In order to make money from door sales,
they need to draw a crowd - which can prove difficult for artists with little funds to even promote themselves.

Isaac Lundy has been in the gigging scene since his high school years and more recently studied commercial music here at Massey.

“It can be hard for promoters of local shows to run consecutive shows and always make money,” he said.

“So when a gig doesn’t meet certain profit targets, the loss can mean there isn’t heaps to go around to the artists.”

Well known in Wellington is ‘Eyegum Wednesdays’ at San Fran. Eyegum Collective have an agreement where San Fran provide a guarantee of at least $100 profit to each band that plays.

What’s more is that their Wednesday gigs have infamously free entry.

Curator of Eyegum Collective, Joel Cosgrove, has dedicated a lot of time to ensuring local artists have an incentive for playing shows.

“San Fran don't make heaps of money from the Wednesdays, but they feel - like we do - that a healthy, strong Wednesday is good for the Wellington music scene as a whole.”

One thing we can’t ignore is music’s undeniable tie to alcohol - our local gigs are hosted by either bars or house parties. The two go hand in hand either way.

For the student population, life is more expensive than ever. After essential payments such as rent and food, we are often left with very little disposable income to splash on a good time. But how we choose to spend this money could make a difference to our local music scene.

“I've done the door at house party's where people show up with two bottles of scrumpy and claim to not have $10,” said Joel.

I, for one, have certainly been guilty of this in the past and though I try to support my friends in bands, the thrill of purchasing a second scrumpy is often overwhelming.

The message though, is not to ditch your drinking habits altogether, but to be conscious of the lengths that artists go to in order to keep performing for us.

While their love and passion for music and performing will always outweigh monetary incentives, they do deserve fair pay for their efforts.