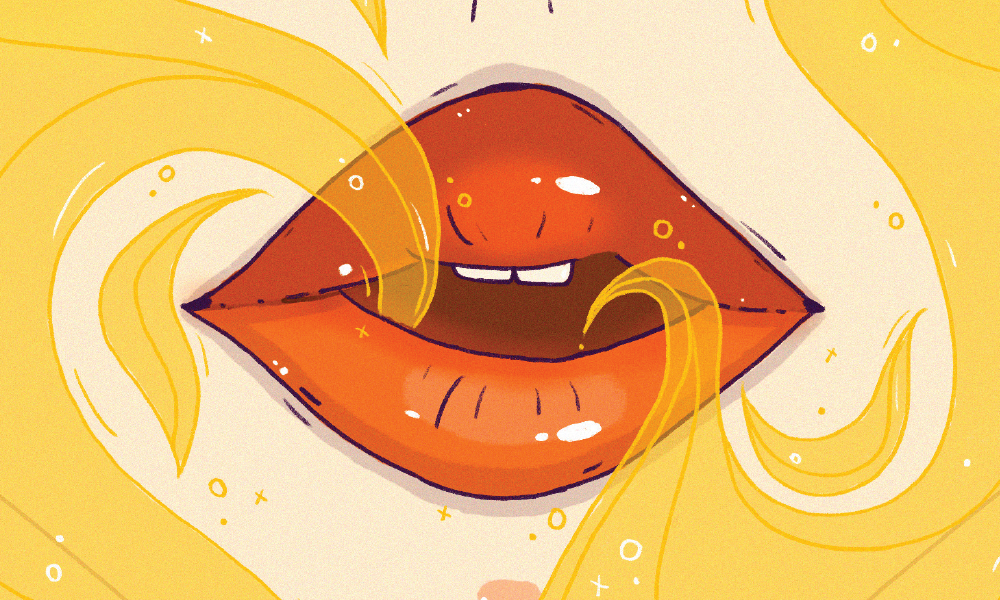 Buying swimwear in winter is something I can get behind - no crowds and great bargains just for thinking six months ahead of everyone else. “Only a pleb would wait until summer to purchase such a crucial seasonal piece!” I thought as I headed out on a crisp Wellington morning, the smugness radiating from my very being. Unfortunately, my mission was stopped short.

My favoured swimwear outlet had moved, with a vape shop now occupying the prime CBD space. The shop was hardly an assault on the eyes - in fact, it was extremely aesthetically pleasing in a minimalist sort of way, all polished glass and exposed concrete with a very boutique-y vibe. Not being a vaper myself, I have been interested in the number of these shops springing up, dedicated to the practice of vaping.

The spread of shops selling vaping paraphernalia seems to have boomed in recent months. In my hometown of Wellington it feels like there’s a vape shop on every street corner, as well as numerous online shops. A quick Google search of “vaping NZ” brings up over 10 different online stores that stock a comprehensive range of products. Clearly there is a market to sustain such an explosion of vaping goods and services, so, casting aside my swimwear mission, I made it my task to find out what is behind this explosion in the number of vape shops and visibility of vaping as a subculture (sorry to those who wanted a story about buying swimwear).

For those not in the know, vaping is the practice of breathing in and out vapour (a smoke or steam-like substance) which is heated within an electronic device to simulate smoking.

Multiple high-profile organisations have recently thrown their weight behind the benefits of vaping as a way to quit smoking, particularly with New Zealand’s Smokefree 2025 goal creeping closer, and highly touted research suggests e-cigarettes to be 95 per cent less harmful than regular cigarette smoking. Vaping with nicotine only became legal in New Zealand in May this year and it was an uphill battle all the way. It was previously a legal gray area, with a loophole that banned consumers from purchasing vape products, like juices and devices, containing nicotine on New Zealand shores, but allowed the same products to be imported from overseas for personal use.

So, general agreement from health organisations about the benefits of vaping to quit smoking, better regulation, and a new online shopping tax that is soon to be introduced, gives local vape retailers more of a chance to succeed with physical stores dedicated to their products. Stores also create a tangible place for community support and advice, and vaping is rapidly growing as a visible subculture with a recognisable aesthetic. With this, vaping is also steadily gaining cultural acceptance in mainstream society and, unlike cigarette smoking, it is allowed in some workplaces, schools, early childhood centres and on some planes. Even Leonardo DiCaprio and Jack Nicholson have been snapped puffing on that e-cig.

Business is booming for local retailer Caktus Vape, who are an online store selling e-cigarettes, liquids, coils, tanks and more to customers in New Zealand, Australia and the Pacific Islands.

Owner Jo explains how he got into the business.

“My brother and I lived overseas, mostly in London, for 10 years as touring musicians. We were introduced to a number of vape brands and stores who sponsored the stages we were playing on and we got to learn a lot about the business and vaping in general. We eventually transitioned ourselves from a 15-year cigarette habit to vaping. When we got home to New Zealand we realised New Zealand was a little bit behind the rest of the world for vaping, and there weren’t that many online stores to purchase from with a wide variety of products for affordable online prices, so we jumped at the opportunity to start caktusvape.co.nz.”

As for what is behind the industry’s growth, Jo thinks it’s a mixture of a demand for product in a relatively new industry.

“Because of the demand for vaping products, and it being a relatively new industry with no clear market dominance yet, people wanting to start a business are excited by this and the potential opportunities it brings. I think Wellington is up at around 15 vape stores now - I can’t even find that many shoe stores.”

“[the business] is consistently growing month to month. We are on our third office space / warehouse in 12 months as we just keep outgrowing our space. We have just launched our new e-liquid manufacturing facility and dispatch centre here in Wellington last month – it’s growing faster than we can sometimes keep up with.”

However, vaping still has a long way to go in terms of legislation and social acceptance. I’m sure you all remember the “we get it, you vape” joke that circulated a few years back, insinuating that if you ever meet someone who vapes you will immediately know as they don’t shut up about it (similar to jokes made about vegans or people who join the gym). “If you vape and don’t talk or post online about it every five minutes, are you really a vaper?” It’s understandable when the quintessential vaper image is of a steampunk-esque, Reddit dwelling, obnoxious young male who knows more about vaping than you do and needs you to know it. They blow unnecessarily large smoke clouds and throw around jargon about coils and drips. It can be intimidating to adopt the practice if you don’t fit in with this stereotype, but it is just that - a stereotype. There are plenty of people of all ages, genders and skill-levels using vaping as a tool to quit smoking who don’t accept the niche “vaper” mold I’ve just described. A 2016 study by our own Massey University found the majority of people who vape do so purely as a way to reduce or quit smoking, rather than taking up vaping as a lifestyle or to be part of the ‘vape’ community. Vaping is still in the early stages of its identity building and for it to really take off, it needs a more inclusive image and, like any subculture, this will come as it moves into the mainstream.

It also appears that some of the social stigma of smoking has been passed down to vaping.

National MP Nicky Wagner is pushing a bill that will regulate e-cigarettes and aims to make them more readily available, which can only be a good thing for those trying to quit smoking. However, she was quick to clarify that the aim is NOT to “normalise vaping as a socially acceptable habit and ensure that it is seen as a tool to help people quit”. While not worded particularly well, her point is that vaping with nicotine can still be harmful and it’s better not to start if you don’t need to. The idea is that non-smokers, like me, don’t start vaping and form an unnecessary nicotine habit. However, her comments further entrench a persistent stigma surrounding vaping, with many already reluctant to try it due its negative social image. Normalising vaping could be a way to significantly reduce the number of cigarette smokers around the world.

A reason for some people's reluctance to start vaping is that there remain a lot of unknowns, as vaping is still a relatively new practice. The Ministry of Health is considering taxing “alternative nicotine products” and bringing in initiatives that we see with cigarettes, like un-branded packaging and graphic health warnings (vape products are already not allowed to be advertised). This is partly a response to criticism over nicotine juice packaging, where it is trendy to have bright colours and images on the labels - all part of vaping’s #aesthetic. Doesn’t ‘strawberry cookie milk’, ‘butterscotch’ or ‘choco donuts’ sound appetising, or like something a child could mistake for food? Aiming vaping products at people under the age of 18 is also a violation of the Smoke-free Environments Act 1990, which regulates the promotion of tobacco products. Many are also reluctant to start vaping because the long-term impacts on health are still being researched and there is not yet consensus for users, or for those who inhale ‘second-hand smoke’ from vapers. What we do know is that vaping is infinitely better than smoking for your health, wallet and the environment. As for image, smoking seems indestructible. It appears nothing can stop people from associating a casual, sexy, coolness with smoking (and it apparently feels great too). The challenge now for vaping is to attain something similar and shake off its own stigma.

Like cryptocurrencies, I see vaping as existing in a ‘golden age’ at the moment. There is currently little to no regulation around the products and practice, which can be great for retailers who can shift product with relative freedom from bureaucracy. And, as Jo from Caktus Vape says, there is no one brand dominating the market yet so there is plenty of room for new retailers to make their mark. However, once more regulation is inevitably in place, it gives vaping the opportunity to widen its audience to include those who are put off by its “newness” and the lack of research about it (my one marketing paper taught me these consumers are called the late majority). And finally, I have to let you all know that thanks to this story my Google algorithm is ruined, and I will receive targeted advertising about vaping forever more. It was worth it. 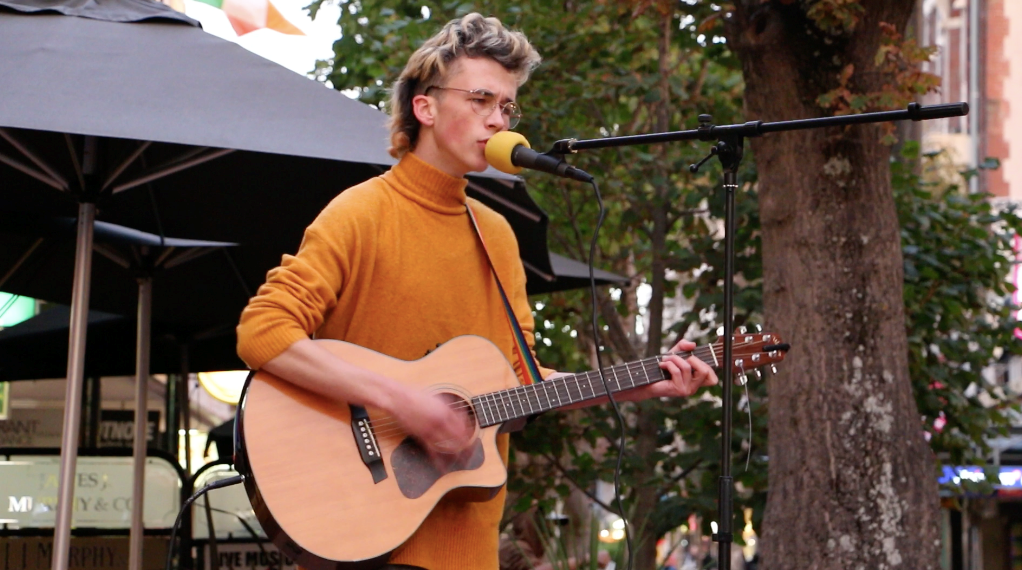 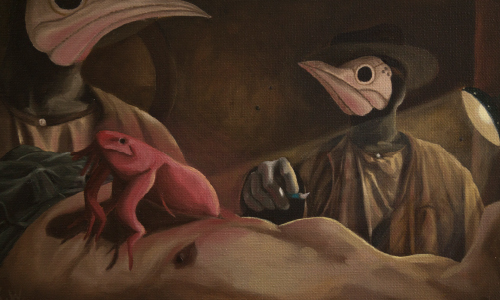 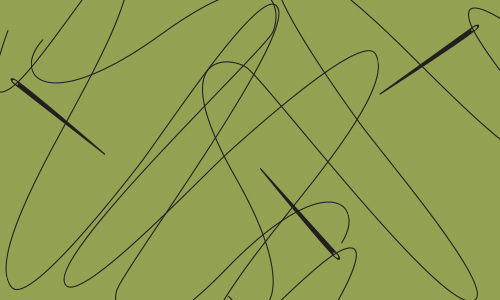 Trials and Tribulations: From the Daughter of a WOWist 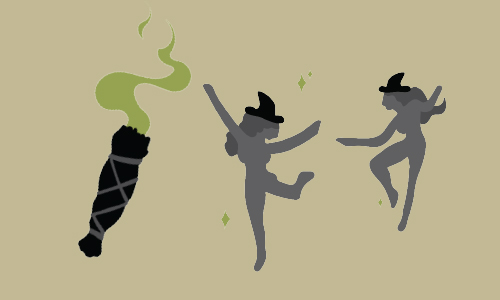 Ways to Incorporate Witchcraft into Your Daily Life