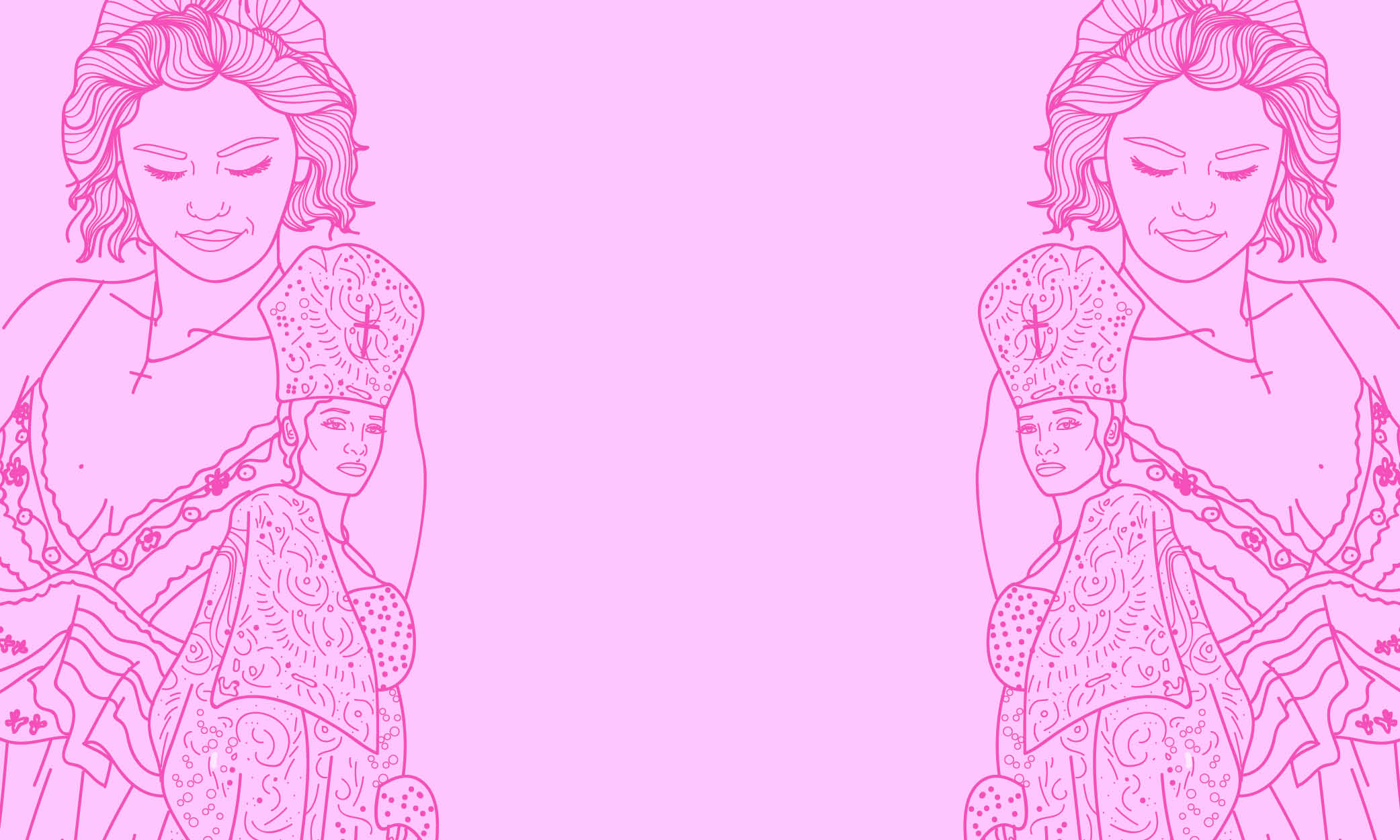 The fashion event of the year – the time where one woman has the power to determine the A-list of celebrities, stringing them along behind her in the grand scheme of ‘fashion’. This woman, Anna Wintour has – in my opinion – lived past her fashion expiry date, and, instead of working on the event with the Vatican in order to justify the theme, she should scooch over and let some fresh face take over. Yes, I’m talking about the Met Gala and its 2018 theme, ‘Heavenly Bodies: Fashion and the Catholic Imagination’ which has raised a few eyebrows, including mine.

There are a few problems that I have with the event, and certainly in regard to this year’s theme and line-up. However, before I dig into the nitty gritty, can we all acknowledge the beauty that is the OTP Lily Reinhart and Cole Sprouse and their official appearance (I also acknowledge the fact that by the time this issue is published, this is old news and the normal world has moved on, but nay, not I). Also, I apologise in advance if I miss anything that may be deemed relevant in this conversation, there were far too many familiar faces at this event to keep up with everyone’s justification of their religious appropriation – to put it bluntly.

For those of you who aren't well versed in the 10 commandments from the Bible, here is a quick lesson for you. Amongst commandments along the lines of; you shall not murder, or steal – which seem pretty self-explanatory, even if one isn’t religious – sits, right up the top, “thou shalt have no other gods before me”. Now, I’m not trying to be preachy at all, but pop culture is pretty much made up of idols, or in other words, gods. And here, at the Met Gala, we have every tween to thirty-year old’s inspiration and idol, dressed as religious figures. Not only is this ‘divine bodies’ theme seemingly appropriating the Catholic faith, but blatantly mocking it.

This has been a reoccurring theme in pop culture throughout the past few decades, note Madonna’s self-crucification on the 2006 Confessions tour, and Kanye’s famous rhetoric, “I am a god, hurry up with my damn massage”. Celebrities have been up against the Catholic church since the beginning. And that’s what has keep these celebrities’ names in the mouths of every household – they continuously stir up controversy and challenge traditions and religion. To many people, this wouldn’t have much relevance, nor would it strike them as peculiar in any way. Because of this, I’d like to take the opportunity and flip this situation on its head.

I have briefly touched on the appropriation of the Catholic faith that the Met Gala displayed, so let’s get into that a little further. Rihanna dressed as the Pope. Taylor Hill, a Victoria’s Secret model, posed with rosary beads draped around her neck. Sarah Jessica Parker had the Nativity story on her head. Jared Leto has always looked like some sort of eccentric Jesus, but hello, blasphemy anyone? The Vatican has approved of the theme and exhibit, even lending garments, so surely these fashion statements aka appropriation weren’t overlooked? The point I’m trying to make is that if this were any other religion or culture - Buddhism, Muslim - there would be absolute uproar. What would progressives be saying if these same celebrities were to pose in hijab or burkas with heaving cleavage and high hemlines? Does this apparent silence around the theme of the Met mean that Catholicism has become washed down?

We have conservatives discussing the event, but no one I’ve seen thus far under the age of thirty is partaking in this discussion. I’m not proposing some sort of march against Condé Nast’s artistic director, nor starring in my own protest, “my Catholicism is not your costume,” I’m just missing the conversation around what it means for celebrities to be dressing as religious figures, art and ideals, when the majority of them clearly embody the opposite of who they are portraying. If they were hoping to show respect towards the religion, they have surely failed.

The upside to this controversy, on the other hand, is the awareness of Catholicism, and its history in shaping the world as we know it today – albeit through the interpretation of ‘gods’ Madonna and Kanye. Also, kudos to Selena Gomez. She has always been quite vocal about her Christianity, and when asked about her costume, she explained that her inspiration was from Queen Esther, “since she is such an empowering female figure in the Bible”. There you go, university students. Time to renew your religious education knowledge, you intellectuals. She continued on, “I hope people know what we’re doing tonight is much bigger than what we wear,” and she’s right. As inappropriate as some of the outfits may have been, it’s again, one of these events that infuriate a minority, and distract us from the bigger issues America, and the rest of the world face.

The question I really want to put out there is this: what is different about Christianity? It’s a double-standard if anything, that Rihanna dressed as the Pope has been well received, but we couldn’t say the same if that very woman dressed in a bedazzled hijab.

And this, has been Catholicism for dummies.