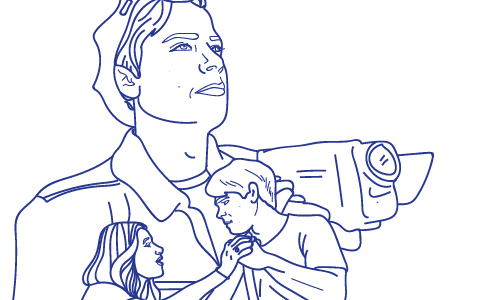 There are varying opinions of the quality and content of the show that is Netflix’s Riverdale, and before watching the eighteenth episode, I was still on the fence about my own opinion. My love for childhood sweetheart Cole Sprouse and pride of our homeboy KJ Apa are the only things getting me through the turbulence of the second season. This musical episode was once an innocent proposal, a conspiracy within the fandom. Never did I think it would manifest into this, its preview winning the most occurring recommended video to appear on my YouTube dashboard ever.

Living my tween years through the likes of High School Musical and Hannah Montana, I would consider myself a musical fiend. That much so that I will reveal the fact that I did indeed star in the Broadway* rendition of High School Musical 2 (*Broadway Ave, Palmerston North), and played the pivotal role of Kelsi. Yes, that solo of You AreThe Music In Me, has entitled me to a legitimate opinion, so heed my word.

The following comments are my as-it-happened thoughts. Let’s dig into Chapter Thirty-One – A Night to Remember.

And as any sane person should presume, spoiler alerts ahead.

2:10 – This Varchie daddy issues storyline is making my heart hurt, also, am I correct in saying that NO-ONE ships Veronica and Archie?

4:00 – Cheryl and Carrie – like-minded haunted souls. Honestly, I wouldn't be surprised from this series if Cheryl does in fact start experiencing weird telekinetic nonsense.

8:15 – Betty is giving me Amanda Seyfried Mamma Mia vibes, and I’m all here for it.

19:43 – This petty best friend drama literally happened to me every other week at high school. My BFFL once ignored me for three months straight.

27:30 – This mother/son relationship is messed up. Maybe add a tie to the Black Hood and a sprinkle of Sherif Keller, and you’ve got the ingredients to a mediocre and semi-predictable season finale!

33:33 – This is all too good to be true. Something is going to go terribly wrong soon, it’s against the Riverdale algorithm for things to go smooth-sailing for much longer.

38:54 – This suspenseful music. Whoever knew Ethel was so devious?

42:00 – And there folks, is the Riverdale punchline. Anyone else notice Chick just chilling within the mayhem? And where is Sheriff Keller when you need him?

After finishing the episode and recording my reactions to major (ahem) plot movements, I decided to take a stroll through the fandom. To my surprise, the majority of the feedback was, well… positive.

In response to this, I find that the wider fandom generally tends to have this automatic bias; Riverdale can do no wrong. Somehow plucking traits from both our main Riverdale characters, and those from Stephen King’s ‘Carrie’ (music from the 1988 musical adaption), the writer’s intertwined the storylines enough to create the opportunity for the overdue repair of father/son, future-telekinetic/pussycat and BFFL/BFFL relationships, which went down well. Regrettably, this was the only thing they did right.

Within the first 10 minutes, the only thing I could really state with confidence was the lacklustre lip-syncing from the majority of the cast. It was giving me Zayn dead-pan in Pillow Talk during epic vocals – only minus the epic vocals in this case. In contrast, Archie and Betty really stood out as having almost legitimate singing and dancing capabilities – perhaps the only thing letting Apa down was his American singing accent. From previous episodes, I had gathered that Veronica froths at any chance to sing in front of anyone who will listen, I’m just not convinced she’s worth listening to. She’s got the hopes of becoming a successful Broadway back-up, all the passion of a lead, only with half the talent. You go girl.

One star who was unapologetically absent from scrutiny is Jughead Jones. Despite working as a Disney star for over seven years, Sprouse pulled through unscathed from the Disney musical pull of the mid 2000s, and I seriously doubted that he would participate in the musical mayhem that is Riverdale Chapter Thirty-One. I think we should all take a card out of Sprouse’s book and stick to the things we’re good at.

Despite the criticism, and the poorly executed attempt to retain the interest of the twenty-something-year-old demographic of this show, I do admit they were close to pulling it off. Betty and Archie’s efforts and chemistry made it enjoyable, and despite hardly having any lines, Kevin gave it all he had in the few musical verses he was given, and those ‘proud mama’ shots really made me feel. The dialogue as lyrics concoction did not go down well for me, but I think it’s the risks that this show is willing to take on that keeps the likes of myself holding out for more. If the Riverdale creators stick to the predictable unpredictability of the current script and give us more Apa shirtless scenes, then this show will preserve its avid audience.

In conclusion, we must draw from the one lesson I have learnt from Tumblr: Don’t hate on the hater, this is the trash we all live for.

Quote of the episode: “I will not succumb to thespian terrorism and allow myself to be ousted from this production.” Oh, you did, honey. As a recurring main character, you had no choice.