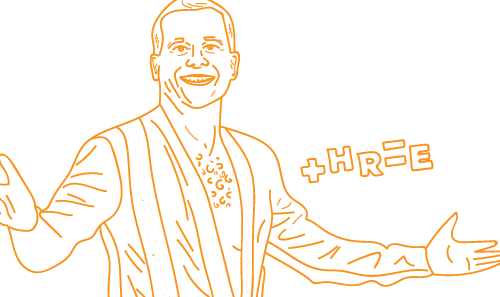 Unpopular Opinion: Dancing with the Stars

I challenge you to a dance off, hands off, no trash talk, no back walk… finally, a show that has seemingly enticed me to invest in a television set, but is it worth it? Here, we dig deep into the premiere of the widely marketed glory-child of TV Three. The budget thus far has been spectacular, and the line-up of dancers – though mediocre – has attracted my attention. Has it inspired me enough to take up a dancing class again?

Let me break down the breadth of my performing arts experience for you. I danced for 13 years – and only 13, because by the time I reached the age of 16 I was DONE with leotards and tights. And it was also the age where I started crushing on every male dancer I ever came across, which subconsciously I knew was a waste of my time. However, my claim to fame came during the pre-primary ballet stage, where I received a 100 per cent grade mark and made it on the front cover of The Manawatu Guardian. Please, hold your applause. Thank goodness none of the ‘stars’ wore something along the lines of leotards and tights… oh yes, Naz and Shavaughn. I guess if you’ve got the body, flaunt it. Anyway, I’d like to think I have a presentable knowledge of dance, and what good and bad technique and talent look like.

It’s not the stars – or lack thereof – that are the scrutiny of my opinion this issue, but rather the dive that is the attempt to elicit our interest in weekly television shows again. I’ll admit, it’s something I really miss. Gone are the times where I would stay up past my 8pm bedtime to see if Supernanny could really whip that nasty kid into shape, or watch some lanky teenagers compete for the title of New Zealand’s Next Top Model. Now in this Netflix age, unless I can binge it, it’s not worth my time and patience.

Despite this, I was willing to give Dancing with the Stars a try. It was the promos that blasted Dance Off by Macklemore across the office, the 90s throwback realness a lá Suzy Cato, as well as some alarming shots of politicians and The Bachelor stars that got me hooked. The time had come for me to tune in via Three’s live streaming, become a real New Zealander again, showing support for our national broadcasters. Forget that fact that to be considered a true New Zealander I should know who Robert Rakete and Chris Harris are, right? Does anyone? No, just me.

I ended up missing the first couple of minutes of the first night’s episode but tuned in mid opening sequence to the likes of Rog giving me some dad bod in his mesh singlet, and Sam Hayes looking as if she wanted to be anywhere else. There was Marama Fox’s inability to keep up with her segment of the routine, and David Seymour’s concentration face staring straight into my soul. After the line-up of the night was announced, I was beyond disappointed. Sure, leaving the best names until last was one way to retain viewership over the two nights, but at least give us a consolation prize – or ‘star' – for being here in the first place!

And then the judges. I must admit, I underestimated them at first. Not only were their critiques and rankings well off the fair result, but two thirds of the panel were unrecognisable! We have internationally renowned Parris Goebel, and yet we fish out of American waters with the unofficial election of Rachel White as our resident Simon Cowell. Albeit, her controversial dance partner is Christchurch born ballroom dancer Brendan Cole, but where is he? On the right of the panel, we have kiwi-born Julz Tocker, who – up until this point – I thought was a bit of a let-down as well. Turns out that he is low-key a big deal. As well as being involved in multiple seasons of DWTS USA and Australia, he also happened to be the personal dancer of Emma Stone and Ryan Gosling in La La Land. But while I praise him, he still didn’t stand out to me as any kind of expert from his comments or manner. And of the blonde bombshell? Well, I’ll let you make your own mind up about her.

It’s hard for me to move past any criticism (in Seymour’s case) or praise (in Cato’s case) for the dancing stars, but that is not the issue in hand I’m facing. Tell me how the producers and music supervisors justified using Shawn Mendes to serenade us through a tango. I’m not sold about whether they grasp the concept of some pretty basic dance styles. This Top 40 nonsense is not the answer to capturing the viewership of someone under the age of 25. Give us more along the lines of Cell-block Tango ie Gilda Kirkpatrick’s performance. The chosen music is underwhelming and not even sing-a-long worthy. If they’re not going to dance to kiwi music, give us some Michael Bublé, jazz standard classics, and against popular opinion, Disney has some phat beats that everyone can enjoy and actually sing along to.

You wanted my opinion? That’s what the nation needs. If they’re going to give us recognisable faces and sell them to us as ‘stars’, at least give us good music and respectable criticism that we, and Dai Henwood, actually agree with. Still, my Sunday and Monday nights are kept free for the next 10 weeks. I WILL see this through. Or rather, I want to see Suzy through to gold. What a legend. #TeamCato.

Highlights of the show:

Suzy Cato’s doppelgänger aka her daughter.

Shadows of the show:

Lack of shirtless KJ Apa – he is a ‘star’ if we ever had one.