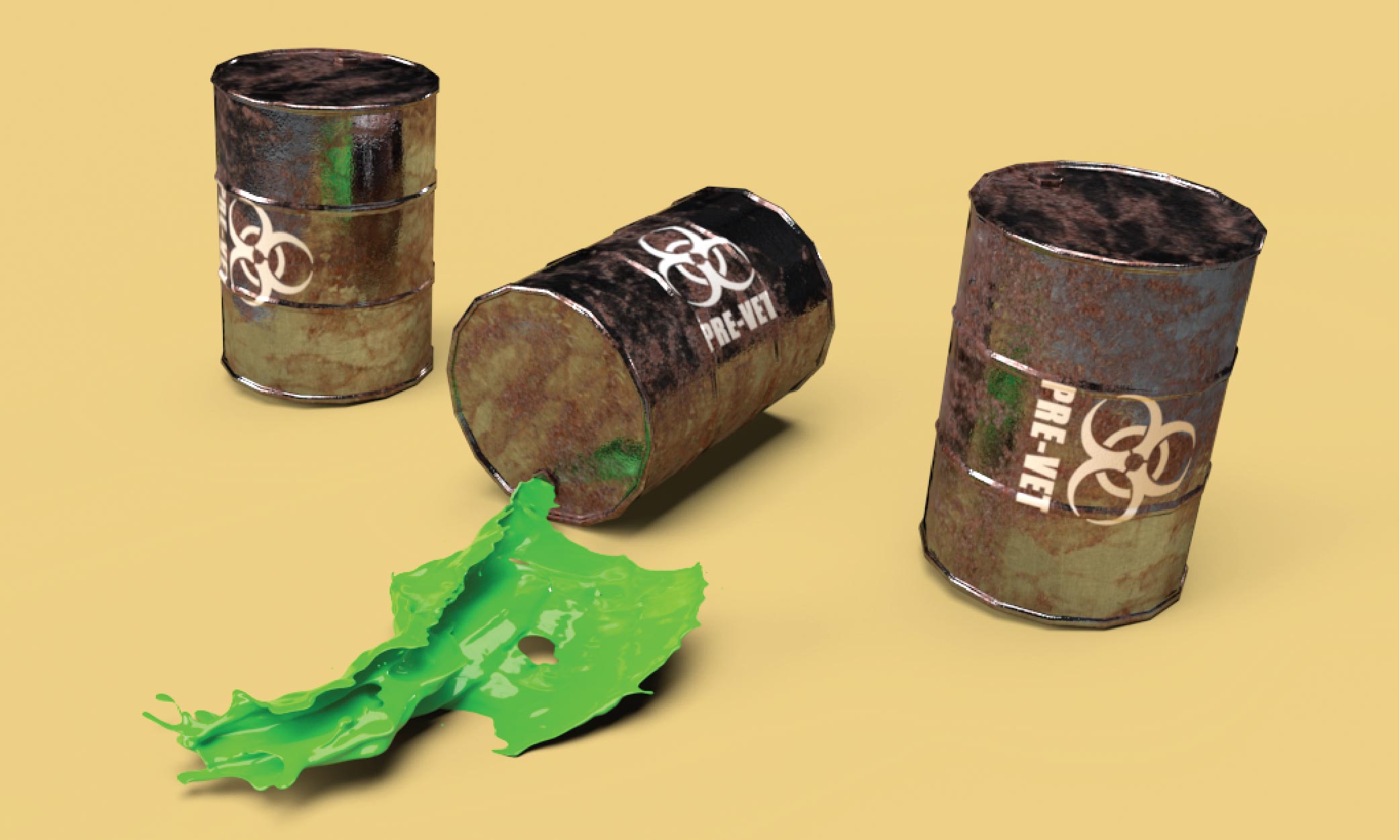 The Toxicity of Pre-Vet

Chances are that if you attend Massey, at some point you might have been a pre-vet student. Either that, or unable to escape them. I myself am guilty of being one of the many pre-vet students spread across Palmerston North, trying once again to do the near impossible and get good enough grades to even qualify for the programme. But while we all talk about the academic difficulty of vying for a place in the veterinary programme, we don’t often talk about the social and emotional toll it can have on students.

In order to remedy this, I’ve talked to three different students about how they found the environment surrounding pre-vet and whether they felt that it had been toxic for them.

It should be noted that each person jumped at the chance for anonymity. Nobody wanted an administrative slap on the hand or to be roasted by their friends.

It was terrifying and stressful. I heard about the ‘freshman 5’ when I first came to university, but I think I actually lost weight. Sometimes I didn’t want to eat, because I didn’t feel like I had time to eat. I love my degree now, but that was definitely not a high point in my life.

Yes and no. The support from the university was really appreciated – I loved knowing exactly what steps I needed to follow. I found other pre-vets though could be horrible to be around. It was always comparison and if I did worse than another on even a little lab test, I felt like they were smug and looking down on me. I don’t know if it was actually happening or just a result of my stress levels, but I did feel really isolated.

Look after yourself. I know it may sound stereotypical or stupid, but I really didn’t. I’ve said I love my degree and I do – but I regret where I let myself slip to in order to get there. Take a break. Go for a run. Eat 3 meals a day. They seem like little things but let yourself go too far and you will really struggle to get back to where you were. It’s not a quick process.

The first time around? It was a total piss-up. The second wasn’t too much better. I think I only got in the third time because I was starting to panic, and my family were starting to get mad. Overall though I met a lot of really good people, so I don’t have many regrets.

Not really for me. For other people, I’d say so. I saw people break down into tears because they had gotten like a B- on a test and they thought their dreams were ruined. Me though? I just kinda had a laugh and got up again every time.

Student 3: Didn’t get in

I hated it. I didn’t understand why I hated it because I thought it was what I wanted and therefore I should love it. I couldn’t see any other path than becoming a vet.

Absolutely. At least for me. I was so unhappy after it that I took a year off to get my head screwed back on. I felt like a lot of people were just waiting for a chance to kick somebody else down. I’m still anxious about every test I take because it still feels like I must get an A or else I’m going to be told to hit the road.

Make sure you’re where you want to be. Investigate your other options, because there are so many out there you’ve likely never heard about, and maybe one could be an even better fit for you than vet is. But most importantly, don’t let other people get inside your head. You know you and what you’re capable of. Don’t doubt it.