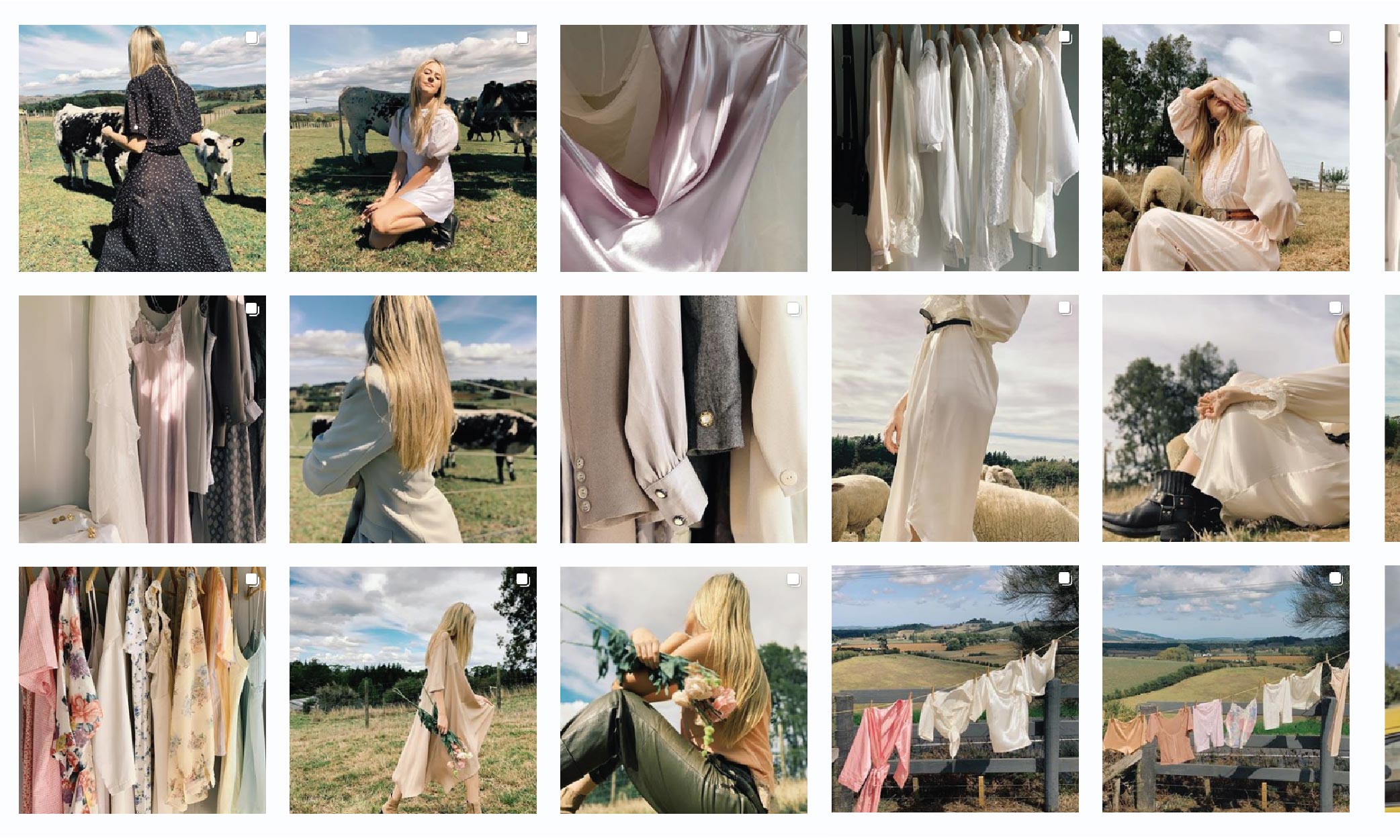 The rise of the internet and social media has seen a new way in which people can shop online.

While traditional stores have had an online shopping presence for years, there has been a rise in people selling their own items of clothing on websites such as depop, or social media sites such as Facebook or Instagram.

Through this, self-made vintage boutiques have popped up on the likes of Instagram selling second-hand or vintage items often sourced by seller from op-shops where their users can comment, bid, or direct message the boutique to purchase items.

This new trend has begun as a response to the recent trend and concern of ‘ethical’ and ‘sustainable fashion’ which came about following the questionable ethics and sustainability of high-street fashion corporations such as H&M or Topshop.

Documentaries such as ‘The True Cost’ and Tearfund New Zealand's annual ethical fashion report have published the growing ethical and environmental issues of fast-fashion.

In 2018 Tearfund’s ethical fashion report stated that the median ethical rating of companies sold in Australia and New Zealand was still only a C+.

Greenpeace stated that 80 billion pieces of clothing are produced worldwide annually, with only a quarter being recycled.

Marie Wade owns Fruit Bowl Vintage (@fruitbowlvintage), a rural New Zealand based Instagram boutique that ships New Zealand and worldwide. She started her business when she felt there was a gap in the New Zealand market for clothing stores which suited her ethical standpoint; she also wanted to be able to op-shop easily online.

“Fast fashion is a worldwide problem, it’s so available. I wanted to create an ethical store that was just as readily available New Zealand wide,” she said.

“Buying second hand reduces waste to reuse and repurpose items that are still wearable. Buying secondhand in op shops or through Instagram both supports charities, slow fashion and the environment.”

Marie sources the clothes from searching through op-shops, as well as volunteering at local ones, and selling some of her own personal vintage items she has collected over the years.

Similarly, Phoebe Wales-Earl, owner of Twice (@twice_inc), also a vintage boutique run through Instagram, started her business through her passion for op-shopping. She has come to realise the impacts of fast fashion through people reaching out to her on Instagram.

“I could never go back to shopping at normal retail stores,” she said.

While both business owners themselves have not faced any backlash, commenters on other social media sometimes feel that this new trend of buying second-hand clothing to resell it for a profit is unfair or “ruining op-shopping”. This is often seen in the YouTube comments on “vintage thrift haul” videos where items are resold to the audience on sites such as eBay, Depop, Poshmark, or Instagram.

On a YouTube video titled ‘Thrifting to resell haul in Los Angeles’ commenters raised concerns that when they donate clothing to charity stores, they would not want them sold at a higher price and that this takes away from people who struggle to afford clothing and need to shop at thrift stores.

“You’re taking fashion at a low price away from people who actually need it,” one YouTube commenter said.

In a New Zealand context, Marie feels that op-shops are thriving due to the rising popularity of buying secondhand and they are never short of clothes to sell. At Fruit Bowl Vintage, all op-shop items have been personally selected, washed and steam cleaned, and had holes and buttons repaired.

“In turn, whatever charity they are selling from are benefiting greatly. They have so much stock out back (which often overwhelms staff) to meet everyone's needs,” she said.

Phoebe sees herself as shopping on behalf of people who may not have the time or range of op shops available to them. Her customers have agreed on her set prices as fair and are often grateful to be able to purchase items they have been searching for themselves. It is her part-time job in addition to study and on average she tries to spend 6 days a week at various op-shops all over the North Island as well as looking through Trade Me, Grailed, and eBay.

Another concern with this latest type of shopping and business is that owners may be unsure of tax obligations. The line between selling one's own clothes as a hobby and forming a business can become blurred and may not be considered by those starting out in this business.

Fruit Bowl Vintage has been a registered business since day one and both businesses employ accountants in order to meet tax obligations.

“I believe every store, whether a physical or social media store, should be registered as a business. There’s no grey area surrounding that in my opinion,” Marie said.

Both business owners acknowledge the rise in popularity of Instagram vintage boutiques but say there is often a lot more effort and costs involved than meet the eye.