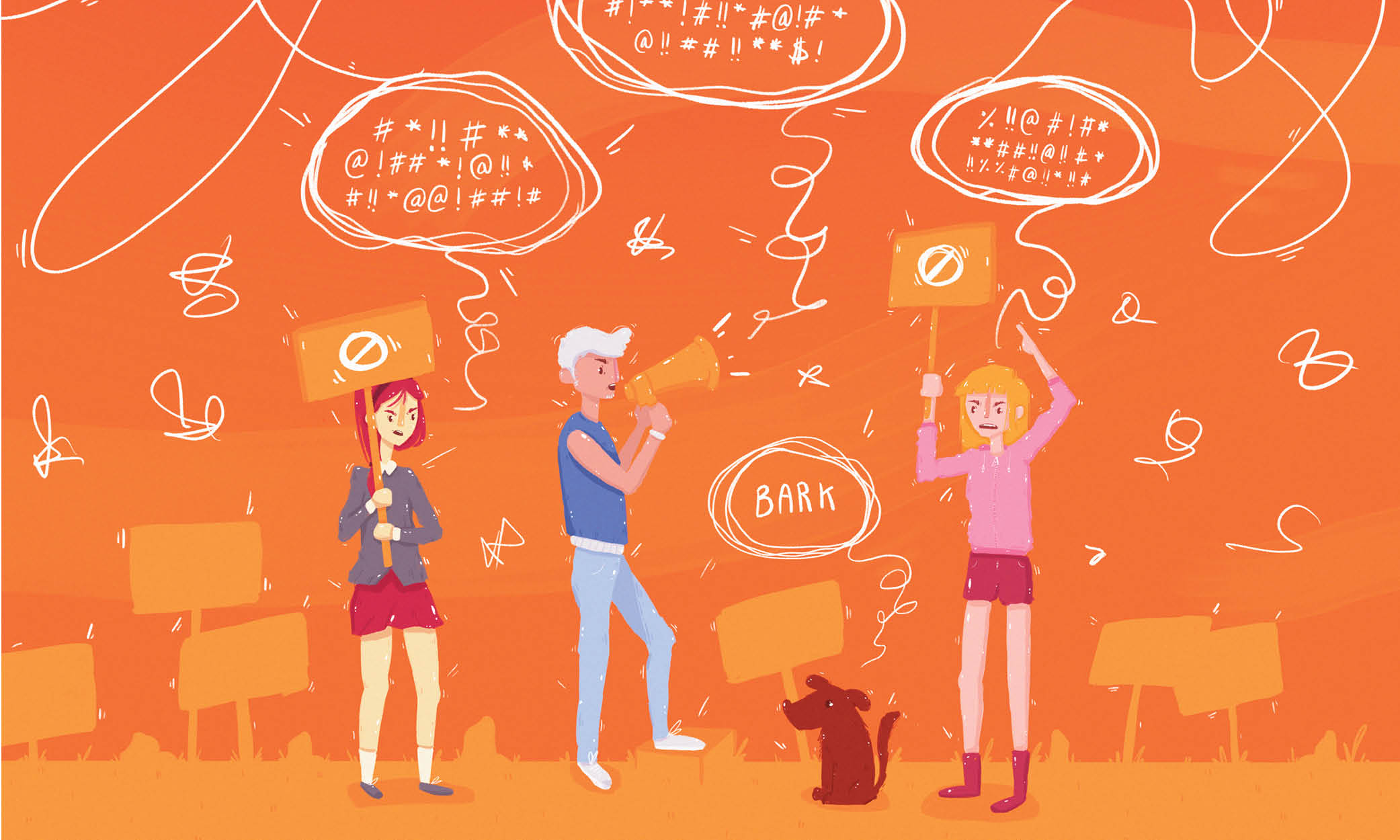 Stefan Molyneux. Lauren Southern. A few months ago, not many people knew who they were. Nowadays, any mention of the pair will instantly stir up angry feelings and debate.

For those not in the know, Stefan Molyneux is a self-proclaimed philosopher. Lauren Southern, a journalist. I didn’t know who Southern was, but I had always thought of Molyneux as a right-wing talk show host, with topics firmly rooted around politics and alt-right media. These days, Canadians Molyneux and Southern are dubbed white supremacists, alt-right YouTubers and Nazis.

Earlier this year the pair visited New Zealand to share their theories with a paying audience. Obviously, things didn’t play out that simply. Due to the content of their theories and discussions, Molyneux and Southern were met with a lot of rage by the general public, some government officials even wanting to ban the pair from being allowed to speak at all. In the end, they were allowed, and public protests ensued. However, there event was eventually cancelled when they couldn’t secure a venue.

Seemingly there are two sides to this story, one that claims Molyneux and Southern are outright white supremacists, others claiming that attempts to ban the pair is a violation of free speech. At the protests, there were teams for both sides. Molyneux and Southern are looking for controversy.Some people believe, this is an attempt to wake people up, to stir the political pot until everything falls apart. Others believe they simply want attention and are at their core racist and elitist.

I wanted to get to the bottom of this. There are clearly two sides to the story. To properly make a conclusion, I needed to research both views. So, I hunkered down. I listened to Molyneux’s speeches, Southern’s outrageous statements. I read about Green Party MP Marama Davidson receiving death threats after she spoke out against the pair, researched comparisons between Southern and Molyneux and Nazi Germany and considered severely one-sided opinions and some outright lies.

After all this, I finally settled on the two core opposing views.

View 1: Those who wish to ban Southern and Molyneux from being able to speak in New Zealand, as they are concerned that their “hate speech” will incite violence.

View 2: Those who believe disallowing the Canadian pair to speak is an impingement on freedom of speech.

There’s a ton of articles out there, some supporting thefirst view, others the later. But let’s first examine the facts.

To properly understand both views, I first had to understand the core of the Canadian pair’s views, what was it they said that was considered hate speech and racist? Molyneux often makes comparisons between IQ and races. Some people believe we are beyond this discussion, too culturally advanced. Molyneux and Southern both firmly believe multiculturalism doesn’t work. In my opinion, they both (Southern especially) make brash statements without pretext. If they really tried, they could go about their views in a way that doesn’t inspire hatred (but I suppose they wouldn’t be famous then-right?)

As a nation, we share a larger sense of culture and community, with varying ethnicities and beliefs within that community. Molyneux and Southern do not clearly make the distinction between ethnicity and culture.They believe multicultural and multi-ethnic societies do not work. I strongly disagree with this. Multi-ethnic societies do work, New Zealand has proven that, but multicultural societies do not work because they do not truly exist,as we all share a kind of “New Zealand culture” that has varying differences of background and belief within that.

A lot of people believe Molyneux shouldn’t even be given a platform to begin with. Marama Davidson told One News, “they are using freedom of speech as an excuse”. Others believe we are simply too culturally advanced,and that we shouldn’t bother listening. Yet it still seems somehow strange. To believe a discussion or idea to be beneath you is almost absurd. To have a conversation about an idea or belief is not to give value to that belief. One can instead tear it apart. We do not need to be offended. To reject an idea on the base of morals rather than reason is to only give Molyneux and Southern assurance of their own ideas. Met with rapid defense, they believe we simply can’t handle their truth. But that’s not true. We’re just not listening. So,we’ll hear them out. Then we can tear it apart. Molyneux firmly believes it’s important to know the facts. One of his “facts” that IQ differs between races. We know that IQ tests are a rather limited measure of intelligence and not always accurate, and valuing IQ so highly may be counter intuitive as there is no evidence that having high IQ ensures success, in fact studies indicate that in large test groups individuals with higher IQ regularly have lower than average empathy and compassion that are both essential to being a good leader.

I think that Molyneux’s need to know the facts about differences in IQ between races is totally irrelevant. Having a high IQ doesn’t mean you’re accomplished or successful. Sure, most people in high paying jobs (on average) have high IQs, but not all people with a high IQ (on average) are accomplished or in successful jobs. It’s not essential to success. There are variables involved that are incalculable, and race IQ should have nothing to do with him proving the point that “multiculturalism doesn’t work,” as IQ is irrelevant to a person’s success. Molyneux seems to think high IQ is the “be all and end all” of a human being’s value. With this kind of ideal, he is limiting his audience.

But there are more points that we’re missing here. Not only do Southern and Molyneux believe multiculturalism doesn’t work, but they have also made some pretty harsh claims against indigenous people. I watched the speech that Molyneux delivered in New Zealand, uploaded to YouTube video titled,The banned New Zealand Speech they didn’t want you to hear. In his speech he claims that colonisation is a good thing. He says, “the Maori of New Zealand is actually interesting because they're called the indigenous people but according to significant archaeological research the Maori arrived in New Zealand well just a few centuries before the Europeans… The Maori of New Zealand practiced cannibalism…baby infanticide was very common”. The fact that colonising New Zealand was a“gift” is something I disagree with completely. He also misses the pretext that not all Maori are the same, culture varied within iwis. This statement of Molyneux’s, in my humble opinion, is paving the road for a eugenics-based ideology. In other words, making judgements on how culturally or technologically advanced a specific ethnic group is, and devaluing their benefit to society based on that. Of course, he isn’t outright saying we should sterilise all indigenous cultures or kill off everyone with an IQ lower than 90, but it he is opening the stage up for an elitist society that defines individual’s value based on their own definition of “societal value”. And as Molyneux likes to say, “I’m just pointing out the facts”. Pointing out these facts allows a platform for others to share these views and discuss them when it has otherwise been deemed “socially unacceptable”.