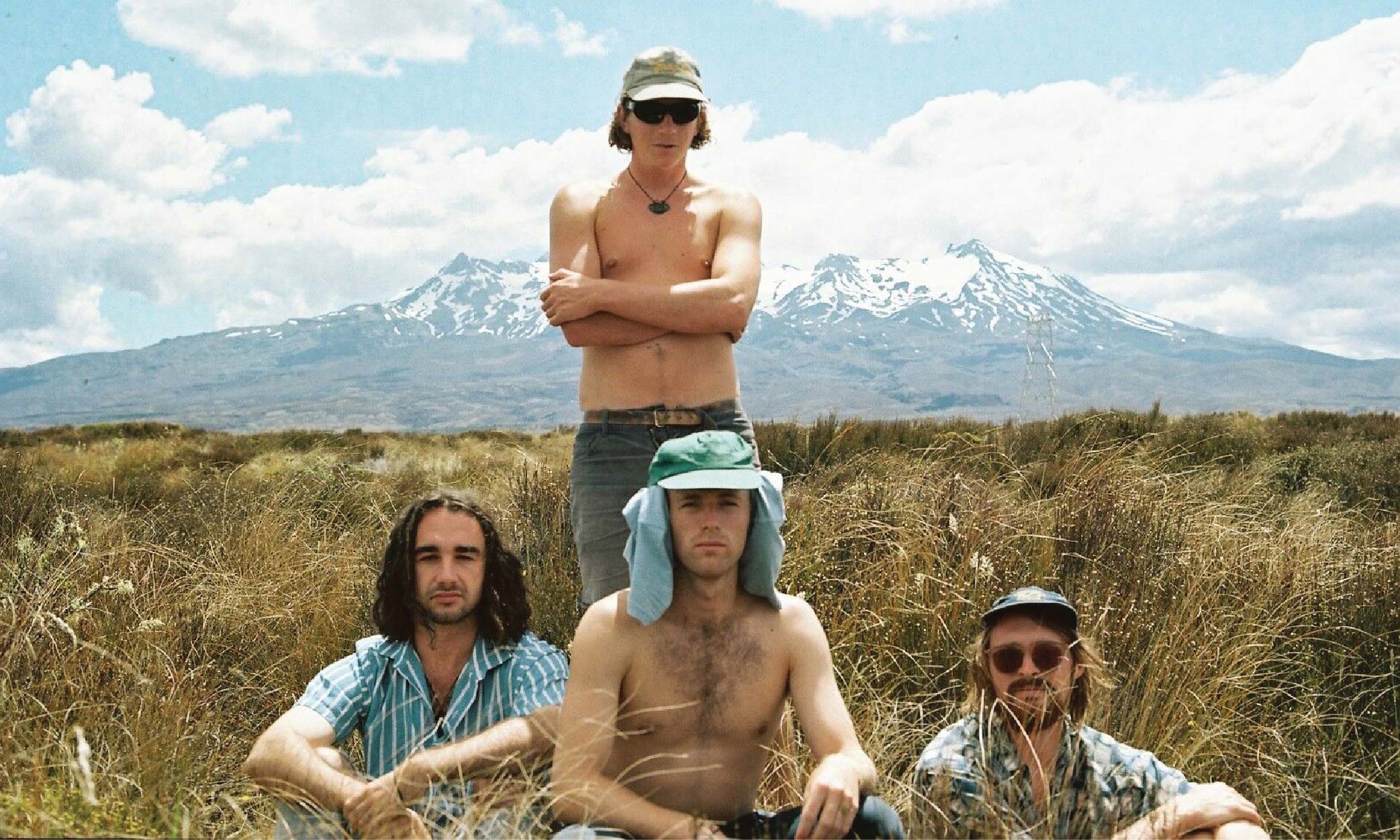 Similar to the dreamy, surf-rock genres of The Shambles, Marlins Dreaming and Mako Road, it could be easy to lose Soaked Oats amongst the sea of five panels and shaggy hair of the university music scene. Seeing that I was too drunk to watch them at Rhythm and Vines and too hungover to see them at Coastella, I thought I’d give lead singer Oscar Mein a ring to see what made them the standouts of sludge pop.

The first concept of Soaked Oats started in a Wellington flat with a Massey student, a guitar and a bowl of porridge. As Oscar Mein was finishing his Bachelor of Communication, he started to tentatively pluck at a few strings and dream up songs about stone fruit.

“I was working a couple of jobs in Wellington. One of them over the summer period was a company that sold cherries, called Cherry Brothers,” said Mein, before I interrupted him with a sharp inhalation of realisation.

“I’d just learnt how to play the E and the A chords and I wrote Cherry Brother as the real pisstake kind of impersonation of like a blues, male, rock and roll, kook kinda guy.

Then after that came I’m a Peach and I was like, well I’ve got two songs loosely tied to stone fruit, so I may as well carry on in this world.”

At this point the band didn’t have any members, let alone a name.

Striking up a yarn with his artistic flatmate Jack Hawke, the two students played around with breakfast themed names.

“I was like, ‘I need a name for this… I think it should be porridge themed, because we’ve been eating a lot of porridge,’” said Mein.

“And we were like playing around with 'The Oats' and 'Rolled Oats' or whatever, then one day he just called us 'Soaked Oats' and we went with that. So yeah, it took the stress out of naming ourselves which I think is a pretty horrifying process.”

With his guitar and a few fruity melodies, Oscar set off down south to try and get the EP recorded before he dashed overseas. He landed in Dunedin and reconnected with his old Christchurch chums, Connor Feehly and Max Holmes.

“I kind of nervously played the songs for them acoustically,” Oscar said, emulating a certain Bohemian Rhapsody scene.

From there, future bandmate Henry Francis was introduced and the Stone Fruit Melodies EP was smashed out in a George Street studio within a week.

Soaked Oats are oxymoronic, like most university bands. A qualified lawyer plays the guitar; the drummer has just completed a masters in science communication.
The bassist is an expert in politics and philosophy, whilst the Bachelor of Communication graduate croons about being stoned.

But when asked if he’d ever drop the mic for a white collar shirt and the 9-5 grind, Oscar laughed.

“As long as this can maintain, it would be the dream really… music started happening and it’s the first thing I’ve kind of fallen into - I guess we’ve all fallen into - and it felt really organic and we’ve just made a lot of really amazing relationships within the industry. And we’re just kind of taking it as it comes.”

Things quickly catalysed and the boys soon found themselves jammed into an ‘80’s RV in Colorado at the end of 2018.

“We drove into Canada, then we drove around the whole perimeter of USA. It was a beautiful thing. We paid like $4,000 for [the RV] and it took us around the whole country. We could sleep in it - it fucking guzzled gas though - but it got us there,” Oscar recalled.

After jamming 10 people into a 5 seater RV and playing gigs across the country - including crossdressing for a house party gig in LA - the boys touched down in NZ feeling pretty fried.

“I’m still like, recollecting that time. We haven’t really stopped since coming home from that, it was like we got home mid-December, there was a few days when we did the Shuggah Doom video then we went off on NZ tour and that’s just ended yesterday,” Oscar said as I struggled to keep up.

Since playing a prime, sunny slot at the glittering Coastella a few weeks ago, Soaked Oats are embarking on the NZ Corona tour before jetting off to Great Escapes Festival in the UK later this year.

After Oscar’s languid voice tickled my ears and made me giggle for twenty-odd minutes, he ended the call with, “Love you.”

A little taken aback but still feeling the same connection, I replied, “You too!”

I had a weird sex dream about peaches that night. Could I really be Oscar’s chicka if I just let him be my prunus persica?

When I sat down to write this piece, I played back the recording and realised he’d actually said, “Lovely to talk to you.”

You’re still the fruit of my dreams, Oscar.